The Perry St Festival is almost upon us! Join FoE Saturday 5th December from 10am for a memorable day of music, art and eco-friendly stalls. 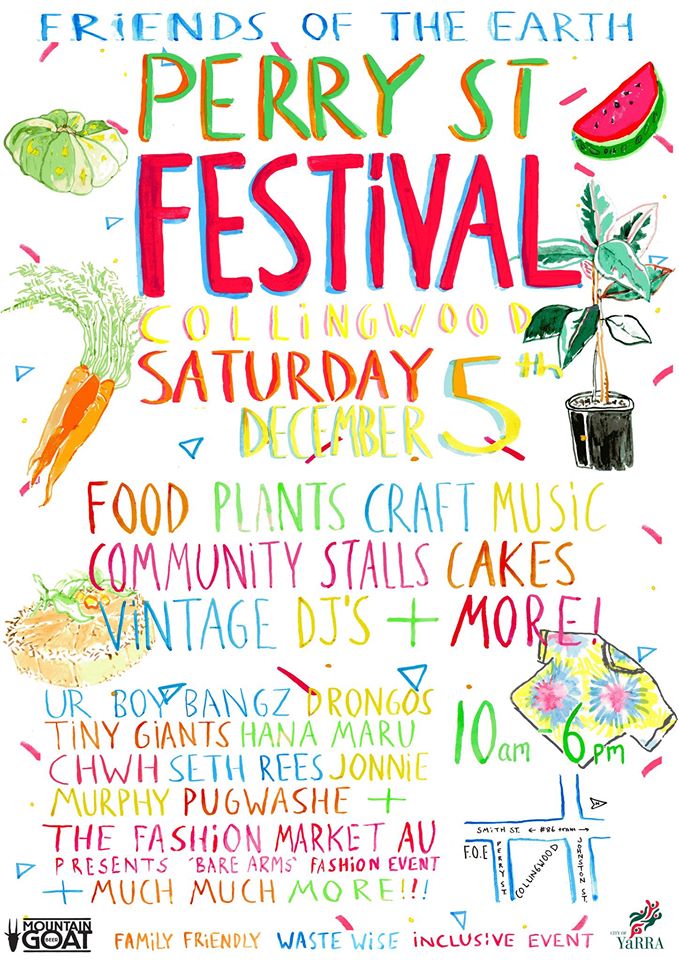 There will be lots of folks from Friends of the Earth and other friends from around the community - so drop on by and catch up with old friends and make new ones!

Join the Perry St Festival on Facebook and make sure you invite ALL your friends!

We can't wait to see you all at the People's Climate March tomorrow night. We will be meeting near the Mr Tulk cafe on the side of the State Library at 5pm and marching with the nuclear free bloc and look for the Friends of the Earth banner. Our theme is no nuclear, no more coal and gas, and yes to renewables.

Don't forget the #SOSBlakAustralia forced closures rally is at 3:30pm at the State Library beforehand. See you all there!

Let's get a permanent ban on onshore gas drilling in Victoria

We are so close to the end of this five year campaign. 69 communities in Victoria have now declared themselves gasfield free, and with the Government’s inquiry findings due out in a few short weeks, pressure is on to make ourselves heard.

We made a big media splash declaring Victoria Gasfield (frack) Free on the steps of Parliament on 20th September. Since then we have been visiting politicians of all parties to try and encourage them to support the community call for an outright ban on all onshore gas drilling in the state.

We are also calling our members to see if they will call their local MP and ask them to support the call for a permanent ban. If you have time to join our phone banking team to help the push against this toxic industry, please check here.

And today we have released a video 'I'm just like you', calling on communities to keep Locking the Gate to this destructive industry.

If you haven't signed our petition to the Premier calling on him to enact a full and permanent ban, please do so here.

And while we're at it, please sign our petition calling on the Victorian government to withdraw the licenses it has approved for coal exploration here. 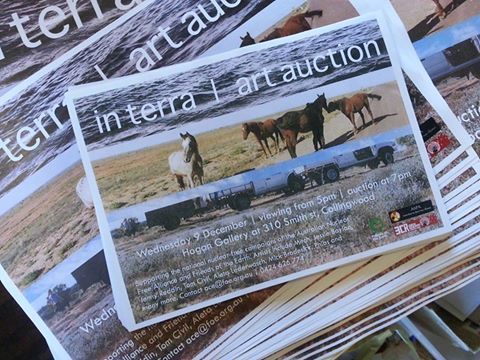 The Anti-nuclear &Clean Energy (ACE) Collective have been busy preparing for this year's art auction. It is scheduled for December 9 at Hogan Gallery (next door to FoE) with viewing starting at 5pm and the auctions at 7pm.

ACE are gratefully accepting donations of quality art-work ahead of the December 9 auction. Interested artists can contact: [email protected], ph 0424 626 774 to make submissions.

RSVP for the event here. 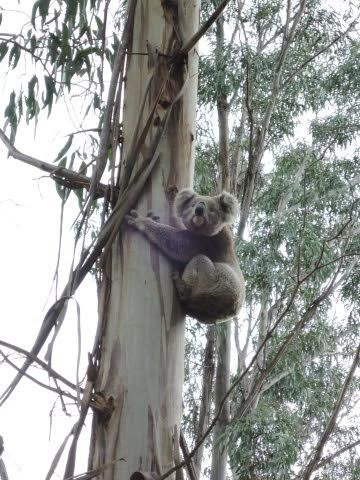 After a 6 month hiatus, Anthony Amis from FoE and Susie Zent from Friends of Gippsland Bush have resumed koala scat counts in the Strzelecki Ranges. Since September another 12 sites have been surveyed including 2 sites at the Gurdies Regional Park on Westernport Bay. Since May 2014, Anthony and Susie have surveyed over 1650 trees. This follows on from work by NSW National Parks who surveyed over 4200 trees between November and April 2013/14.

For the first time it is now possible to determine the feed preferences for the Strzelecki Koala and where populations of koalas are located. On the best sites of intact native forest a koala should be found in every 6 ha of bush. However this number is likely to be much lower in the more depleted forest types more common in the Strzeleckis and lower still if trees on nutrient poor soils are included. DNA analysis is also revealing that there are two significant populations of koalas in the region. The Strzelecki and South Gipplsland Koalas. Work is ongoing to determine the boundaries of these populations and influence of translocated populations on endemic populations.  FoE is interested in working with private land holders who may have native forest on their properties. Donations for fuel are also required.

Melbourne is one of the most liveable cities in the world but when it comes to public transport we're lagging behind. Thanks to decades of underinvestment in our network Melbourne commuters now face delays, overcrowding and poorly connected services. The Andrew's government has shown it's ready to lead on PT by committing to build the Metro Rail Tunnel, but we need massive investment across the public transport network NOW. That's why we're getting active and RACING to Coburg Night Market on Friday December 4th at 5pm. Join Friends of the Earth, Public Transport not Traffic, local community groups and Moreland Councillors for a fun and productive evening of public transport campaigning.

To find our more visit race4PT.org.au.

The personal fortunes of the 782 wealthiest people on the planet, many CEOs of major corporations, could power Africa, Latin America and most of Asia with 100% renewable energy by 2030.

Launched a week before the UN climate summit in Paris, a new FoE report illustrates that the finance for an energy revolution certainly exists, while the political will to drive the transformation is so far shockingly absent.

Some of the key findings of the new report - An Energy Revolution Is Possible are:

Friends of the Earth Australia said the research confirms the wealth is available to transform the global energy system, and called on the Turnbull government to ramp up its contribution to the Green Climate Fund to at least $350m per year.

You can read the full report here.

The Future of Rail Freight in Melbourne

Currently Melbourne has no freight rail link, meaning 100% of our freight is moved by trucks. With freight at the port projected to at least double in the future, can our city handle double the trucks?

Communities in the inner west already deal with 22,000 trucks a day. We need a port rail solution now, along with a strong and enforceable Freight on Rail target for the future.
Come and hear from affected community groups, business leaders, and other experts on the challenge, opportunity, and solutions for freight on rail in Melbourne.

Join folks this weekend (28 - 29 November) for a camping trip at Tanglefoot picnic ground for a family friendly series of forest walks and workshops. Check out this Facebook event for more details.

The Earthworker Cooperative is addressing the climate emergency by establishing a network of local, worker-owned cooperatives with a focus on manufacturing in renewable energy.

The project is gaining momentum, with a community-funded buyout enabling the establishment of the Eureka Future Workers Cooperative, a solar hot-water tank factory in Dandenong. It’s a hopeful step toward our vision of creating dignified jobs in coal-dependent communities (such as the Latrobe Valley) as we make the necessary transition away from fossil fuels and toward a just and sustainable economy. We don’t receive funding from government or large philanthropic bodies, instead relying on membership and small donations. The worker-led climate solution will be run and funded from below - we hope you will join us and become an Earthworker member today! 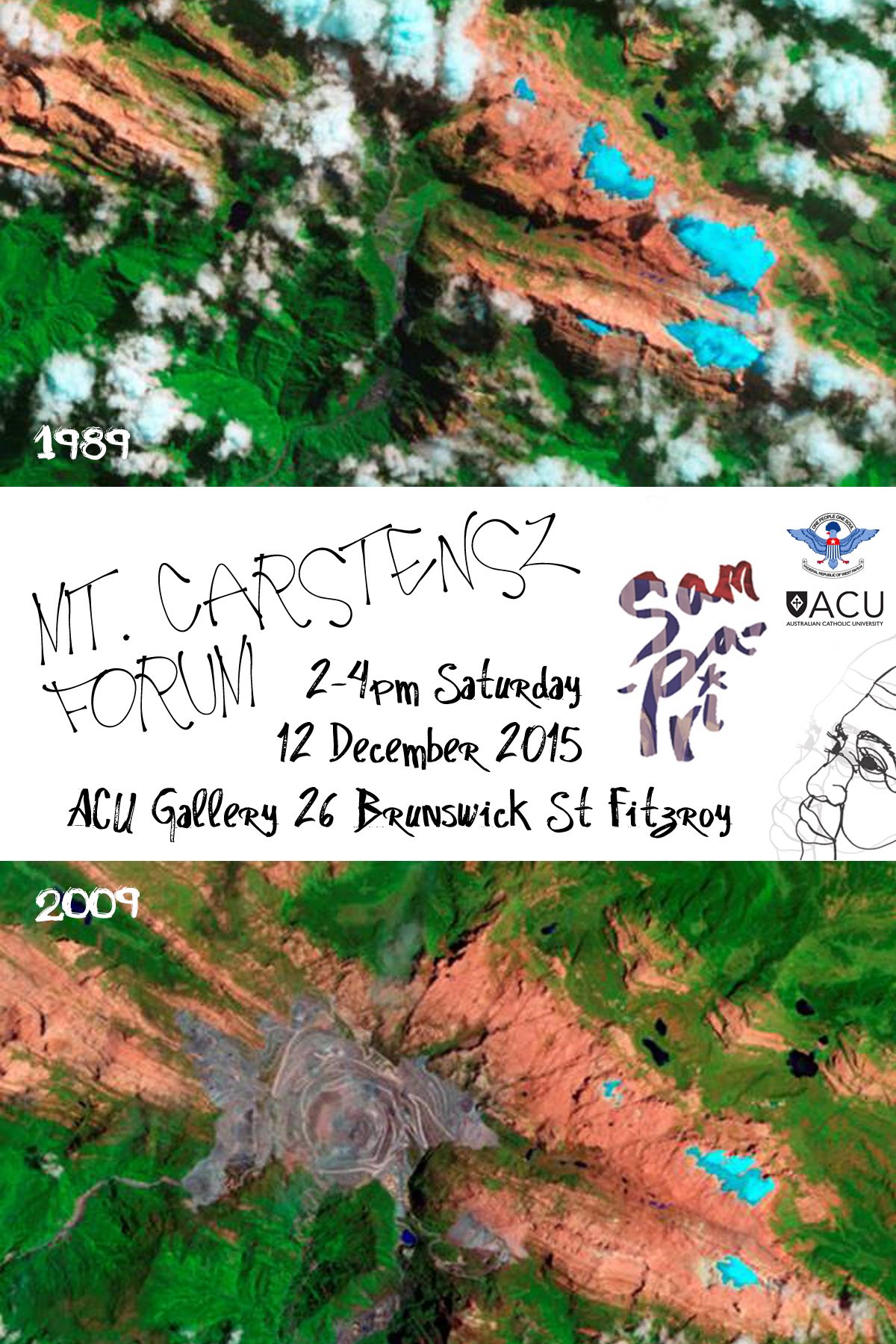 The SAMPARI Art Exhibition for West Papua is to be held from 5 - 13 December at the ACU Gallery,26 Brunswick Street, Fitzroy: it will also include a Program of events in the gallery space designed to 'inspire a bounty of imagery and knowledge about West Papua, the people and their ambition to be free'.

Hours of opening: Monday to Friday 11am-7pm, Sat-Sun 10am-5pm. Each event has a particular focus: for example, there will be a Panel discussion on the environment impacts of the huge Freeport gold mine for Mt Carstensz and its social impacts on the local Namangkawi people.