No Lead Smelter in the Latrobe Valley 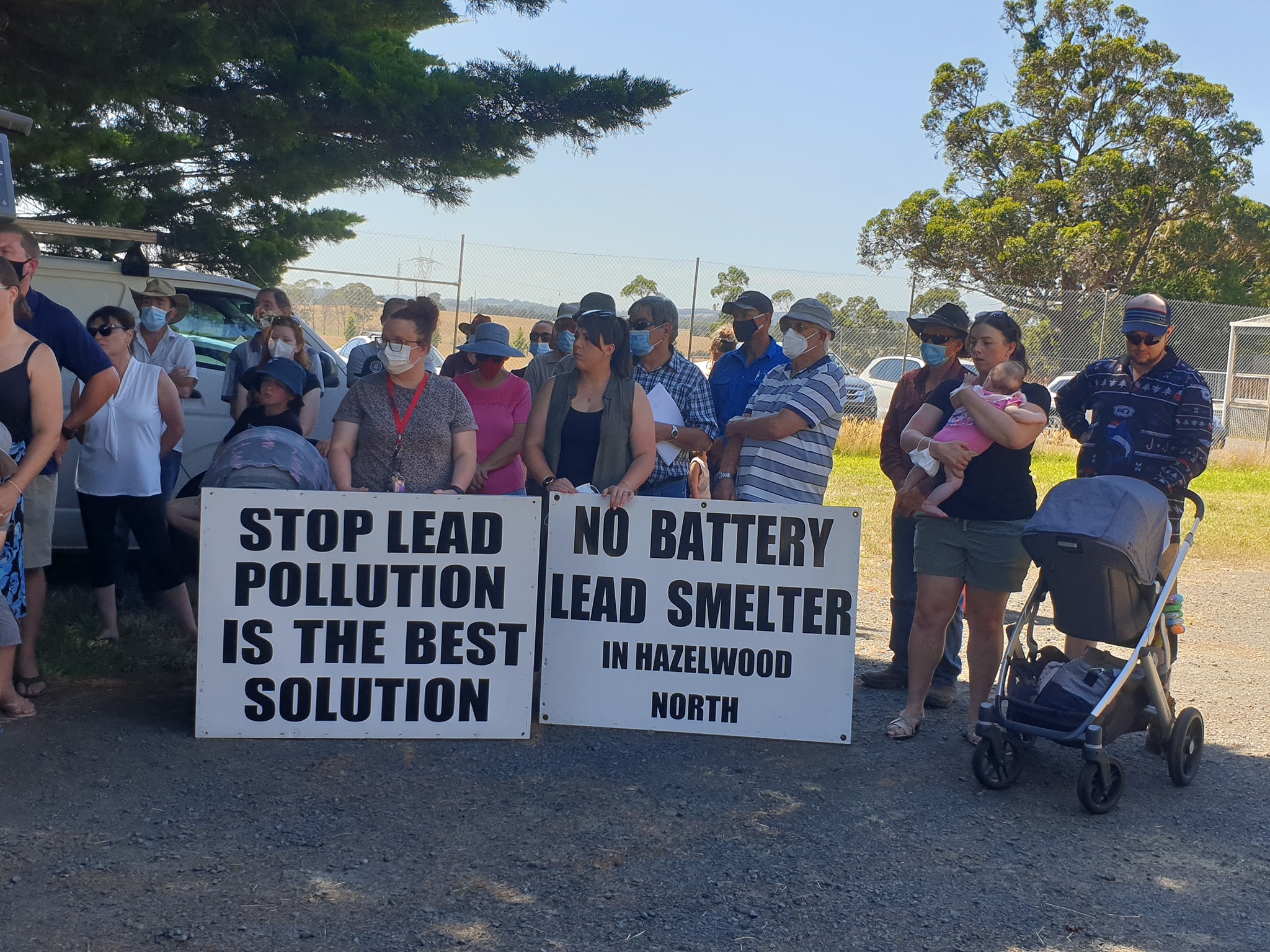 The Latrobe Valley has undergone major changes in recent years. The closure of the Hazelwood power station and subsequent creation of the Latrobe Valley Authority has seen the beginning of a transformation of the Valley. It needs new jobs and investment. However, it should not be forced to accept any and all development. It needs the right to have a say over what gets approved.

It would appear that a ‘Secondary Lead Smelter’ proposed for Hazelwood North in the Latrobe Valley has been fast tracked by the planning minister. This proposal is being strongly opposed by many in the local community, on public health grounds.

The company Chunxing wants to recycle car batteries at an industrial park at Hazelwood North, which is at the edge of a farming community and less than 2 kilometres from the local primary school.

Latrobe City Council rejected the planning application on safety and amenity grounds. The state Environment Protection Authority (EPA) has approved the project and Chunxing had appealed the council's decision to the Victorian Civil and Administrative Tribunal (VCAT), which was due to hear the case in April. However, the Minister for Planning approved the application before it could be heard at VCAT.

Mr Wynne approved the project following a recommendation from the Development Facilitation Taskforce, a government body set up to fast track "shovel-ready" projects with the potential to aid Victoria's economic recovery from the coronavirus pandemic.

There is clearly strong local opposition from the community. This is not a ‘shovel ready’ project and there will be sustained community opposition for the length of the build.

While we need a local facility to recycle car batteries and therefore divert them from landfill each year, this location is not suitable because of its proximity to a school.

It is just over 1 kilometre from a primary school. The key public health concern is lead, and the World Health Organisation says that "there is no safe level of lead." Children in particular are at risk from lead exposure. It can cause behaviour and attention problems, learning difficulties and cognitive losses. It may also affect physical growth, blood cell development and the functioning of the kidneys. Check this story from the ABC for additional information about the proposal.

This is the wrong location for this facility.

While the project will create jobs, it has to be expected that existing jobs will be lost, with the likelihood that businesses will leave the area, and there is the possibility that the primary school will see loss of students as parents remove their children over health concerns.

The Victorian government has taken significant steps to support the Latrobe Valley community as it starts the transition to a clean energy future. The efforts of the Latrobe Valley Authority, targeted funding, and a number of programs, have all helped generate jobs and investment in the Valley. Siting this smelter in the Valley is at odds with the transformation work which is underway.

The Valley already has significant environmental legacy issues from coal mining which will continue for decades. It would be very poor decision making to run the risk of creating new legacy issues in the form of lead contamination.

We ask you to contact the premier and urge him to intervene and halt the approval of this project.

Please send a simple message, by phone, email or on social media. For example:

I urge you to listen to the community in the Latrobe Valley. Act now to protect air quality and public health in the Valley by refusing the approval of the lead smelter proposed by Chunxing at Hazelwood North. Refusing this project will be welcomed by the community and send a strong signal about the type of developments that will be encouraged in the region.

Check the Voices of the Valley facebook page for updates.