Join us for a special screening of Damon Gameau's new film, Regenerating Australia, followed by a discussion with leaders in sustainability. 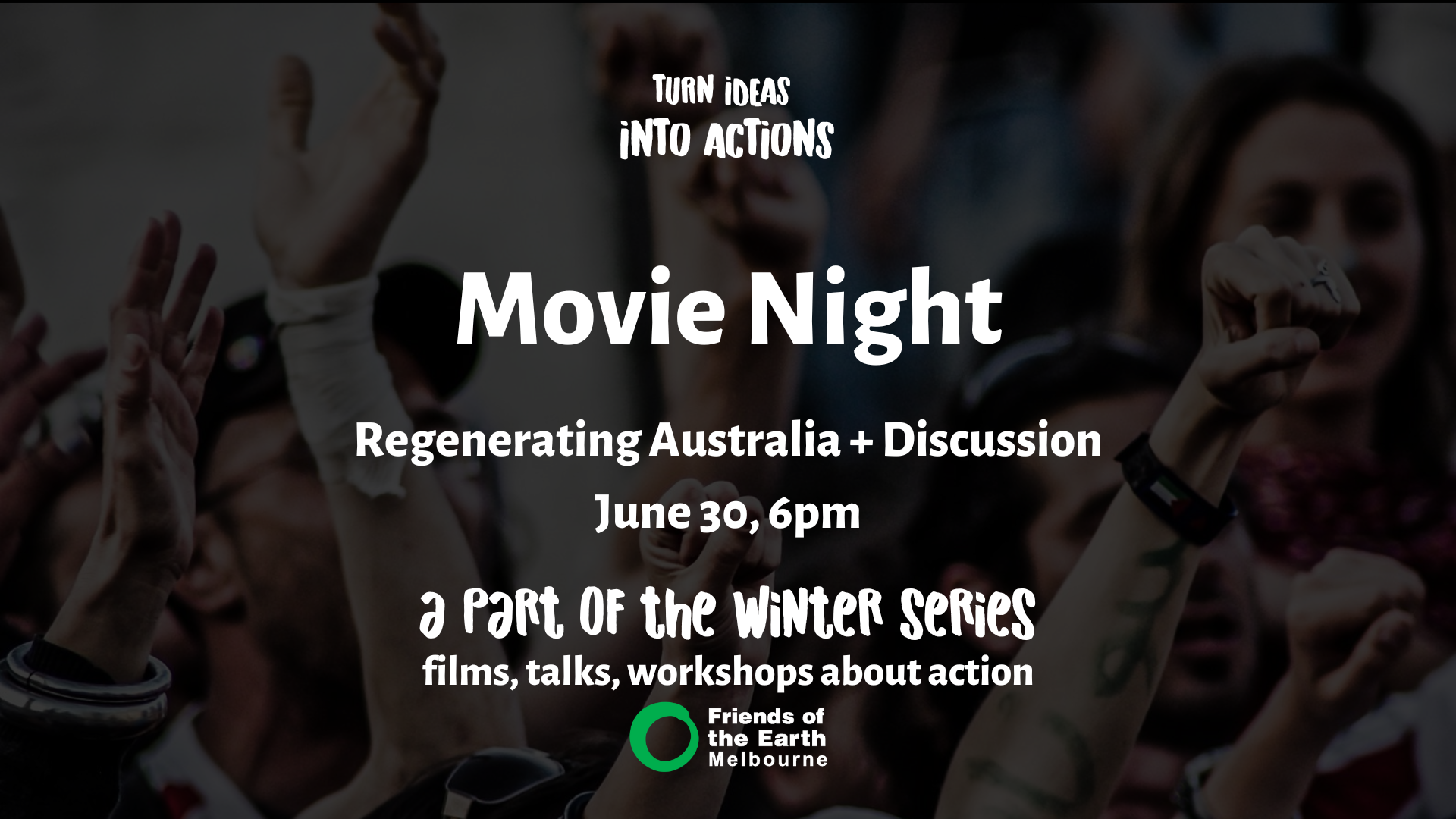 As part of Friends of the Earth's 'Winter Series', we will be screening this short film which shows a news anchor ending the nightly bulletin on New Year's Eve 2029 with a look back at the decade 'that could be’; a decade that saw Australia transition to a fairer, cleaner, more community focused economy.

So get your tickets this inspiring event on Thursday the 30th of June before they sell out!

Following the screening of the film, we will have a discussion in which you can hear about amazing ways people are already regenerating Australia and how you can get involved. Speakers will be announced shortly.

Friends of the Earth Members - $5

We don't want price to be a barrier for attending this event, so if needed, please contact [email protected] for a free ticket.

For more information about the film or to watch the trailer, follow this link.

We acknowledge that this event will be hosted on the land of the Wurundjeri people and that sovereignty of the land of the Kulin Nation was never ceded. We pay respect to their Elders, past and present, and acknowledge the pivotal role that Aboriginal and Torres Strait Islander people continue to play within the Australian community.