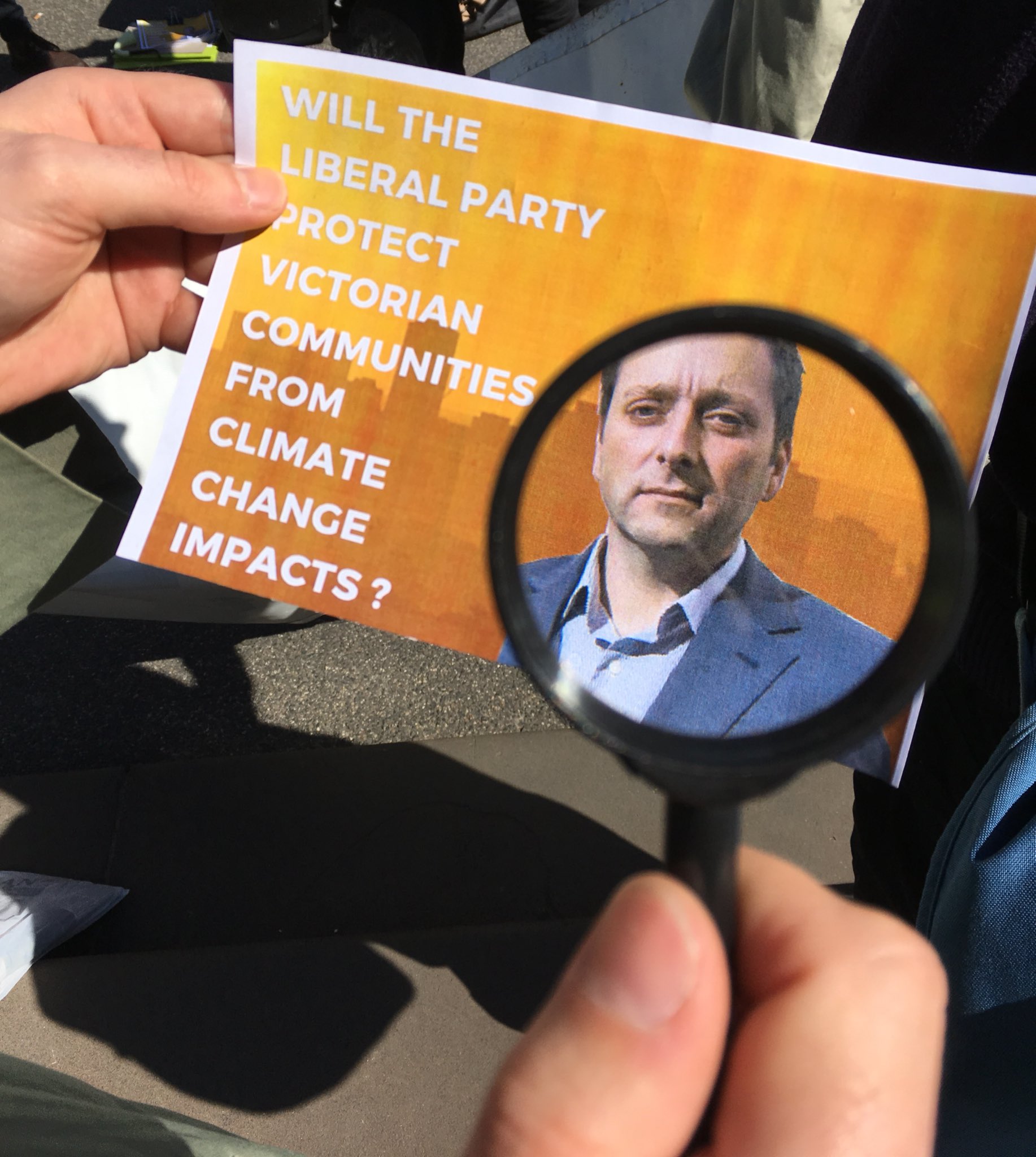 Community members have mocked opposition leader Matthew Guy and the Coalition for their failure to deliver a climate change policy in a theatrical action at Parliament House.

Friends of the Earth, representatives from the Victorian Trades Hall Council and Environment Victoria, and over 30 community members dressed in detective costumes to mount a 'detective hunt' for the missing climate change policy.

"Victoria has an election in less than three months and opposition leader Matthew Guy has failed to present a plan to rein in emissions and protect the community from climate impacts."

"It's highly unusual for an opposition to head to a general election with no policy for a serious issue such as climate change." 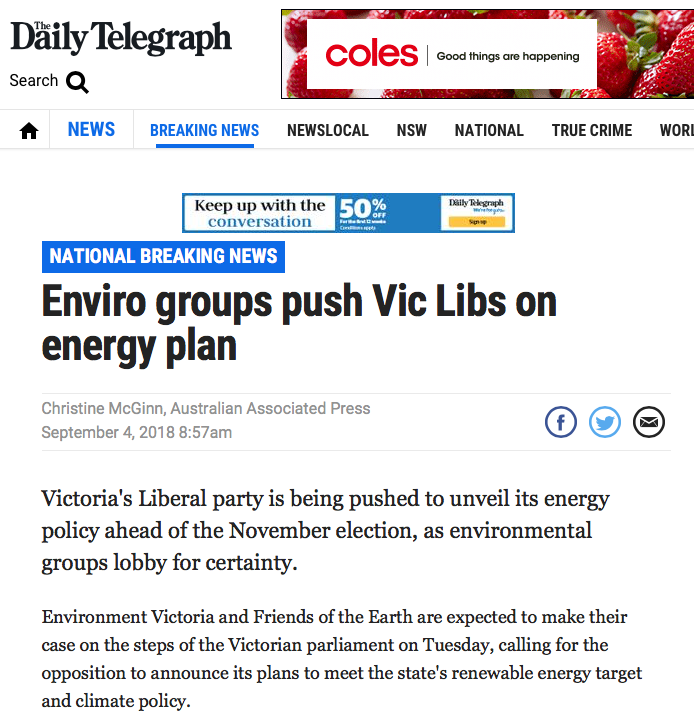 Friends of the Earth say that efforts to tackle climate change is something all political parties should support.

The Labor government strengthened the Victorian Climate Change Act and a Victorian Renewable Energy Target. The Greens have announced a plan to rollout solar on public schools across the state and support ambitious emissions reduction targets.

Since 2014, Matthew Guy and the opposition has voted against strengthening Victoria's climate change laws and pledged to scrap the Victorian Renewable Energy Target if elected in November.

"The bushfire season has started before the end of winter and farmers are seeing the effects of drought and heatwaves on their food production." 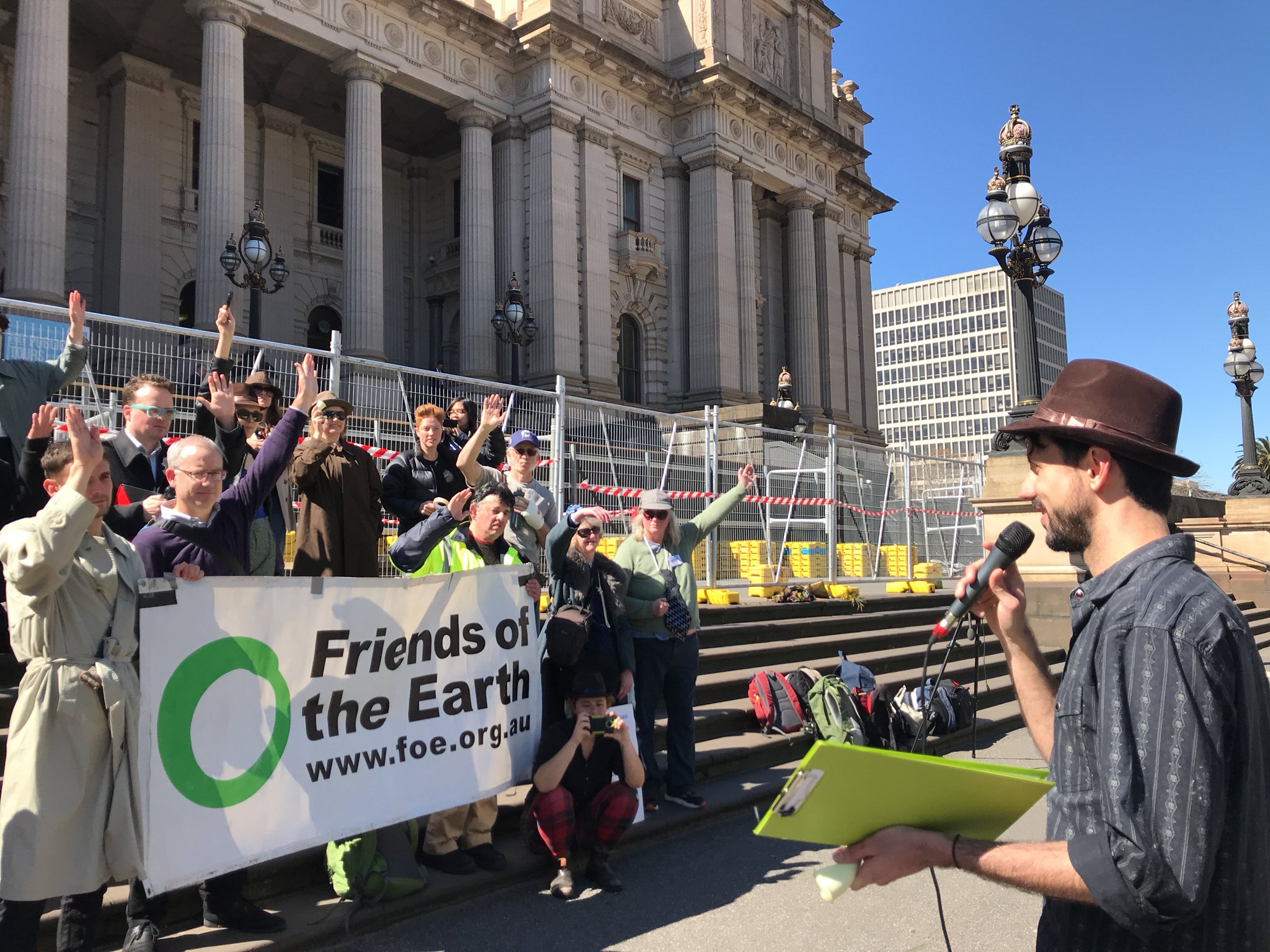 "Hands up if you want action on climate change!"

Friends of the Earth say community members concerned about climate change continue to hold the Liberal party to account for failing to deliver a policy to protect Victorians climate impacts.

"Community members expect all political parties to have clear plans to rein in emissions and protect the community from climate impacts," said Kate Wattchow of the Act on Climate collective.

"This November we are calling all sides of politics for certainty regarding the future of the Victorian Renewable Energy Target, and a guaranteed ambitious climate policy for the good of all Victorians."

Friends of the Earth will write to the opposition calling on them to release a climate change policy by the end of the month.

The group is encouraging all political parties to commit to positive climate change policies such as a $100 million Victorian Climate Change Action Fund in the lead up to the November 24 state election.