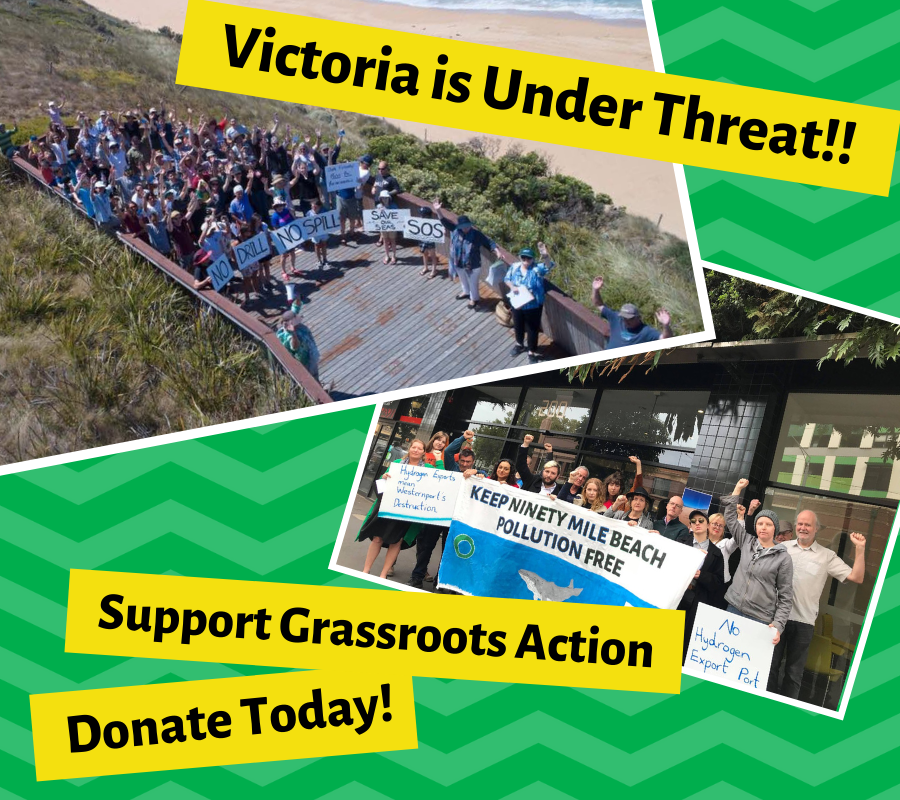 Gas is not a bridging fuel 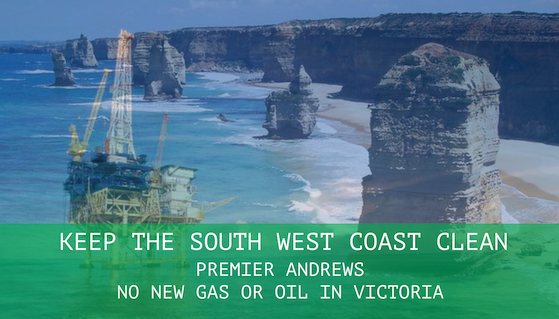 A new report by Oil Change International highlights – yet again – that natural gas comes with a high climate footprint.

The report notes that leaking methane along the gas supply chain has been at the centre of the debate around the climate impact of gas, but there are five additional reasons why gas cannot form a bridge to a clean energy future, even if methane leakage is addressed.

This highlights the need for Australia to stop developing new sources of gas. We are calling on the Victorian government to ban new offshore oil and gas developments, as a growing number of US states and other countries are doing.

You can support the call for a ban here.

Underground Coal Gasification (UCG) is an undeveloped, high risk mining technique involving the combustion of coal seams underground. The single pilot project in Australia has been an unmitigated disaster. Queensland taxpayers will spend almost $31 million over the next four years to clean up land polluted by the Linc Energy UCG plant.

But now it seems that a new UCG plant may gain approval near Leigh Creek in northern South Australia.

Australia has a new federal environment minister, Sussan Ley, who has the power to ban this dangerous technology.

Please support our petition calling for the minister to show leadership and ban UCG.

Seven problems with the nuclear “solution” to climate change 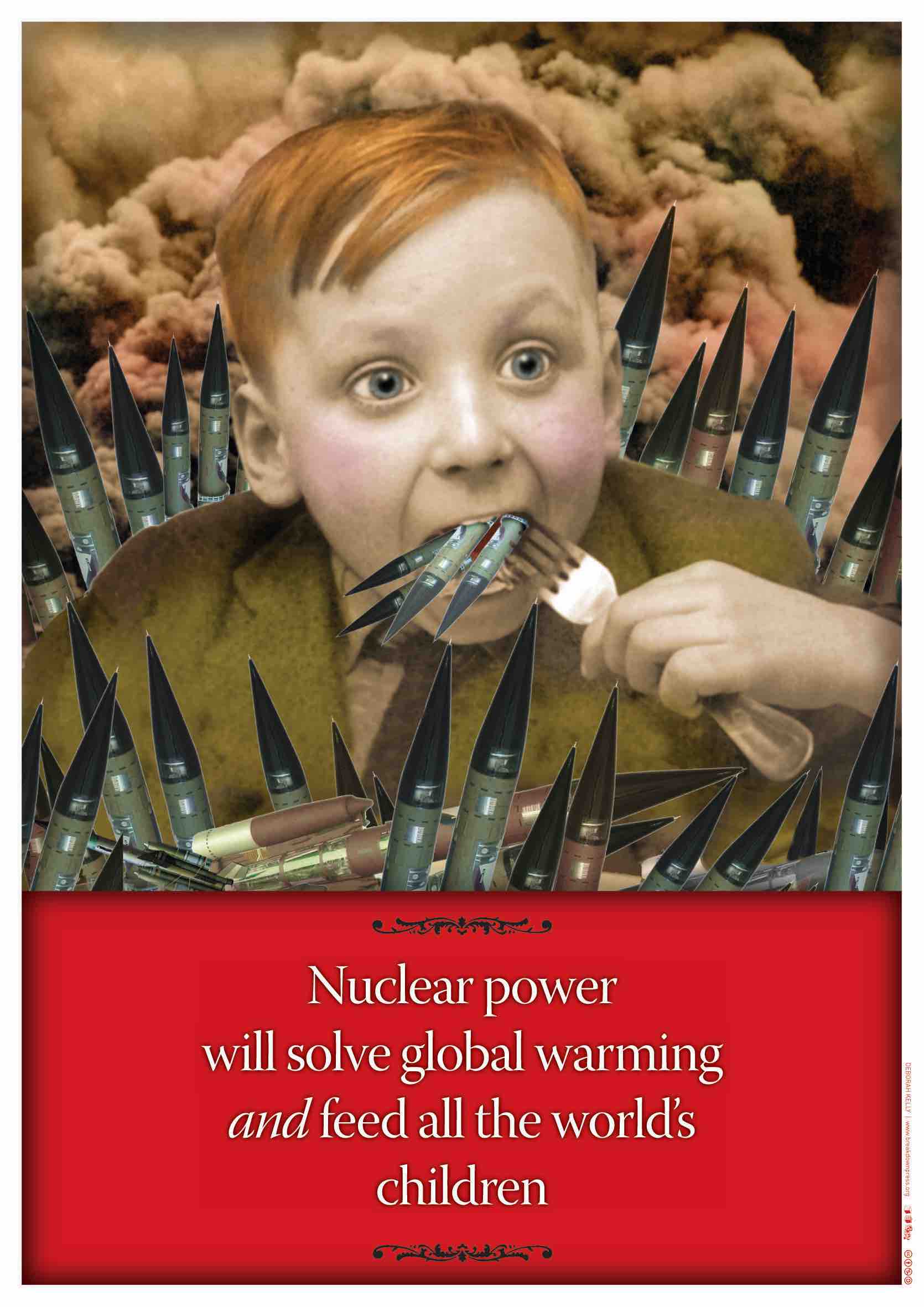 There are several problems with the suggestion that nuclear is the “solution” to climate change. Here are seven:

Nuclear racism and colonialism
The nuclear industry has a disgraceful track record of disempowering and dispossessing indigenous people in Australia and around the world.

It’s a blunt instrument
Nuclear power could at most make a modest contribution to climate change abatement. The main limitation is that it is used almost exclusively for electricity generation, which accounts for about 25% of global greenhouse emissions.

It’s too slow
It takes about 10 years to build a nuclear power plant. Wind or solar farms can be up and running in a few months.

Baseload
It is a myth that all renewable energy sources are incapable of providing reliable baseload electricity (see the briefing paper on this topic here).

Click here to read our fact sheet on Nuclear Power and Climate Change. 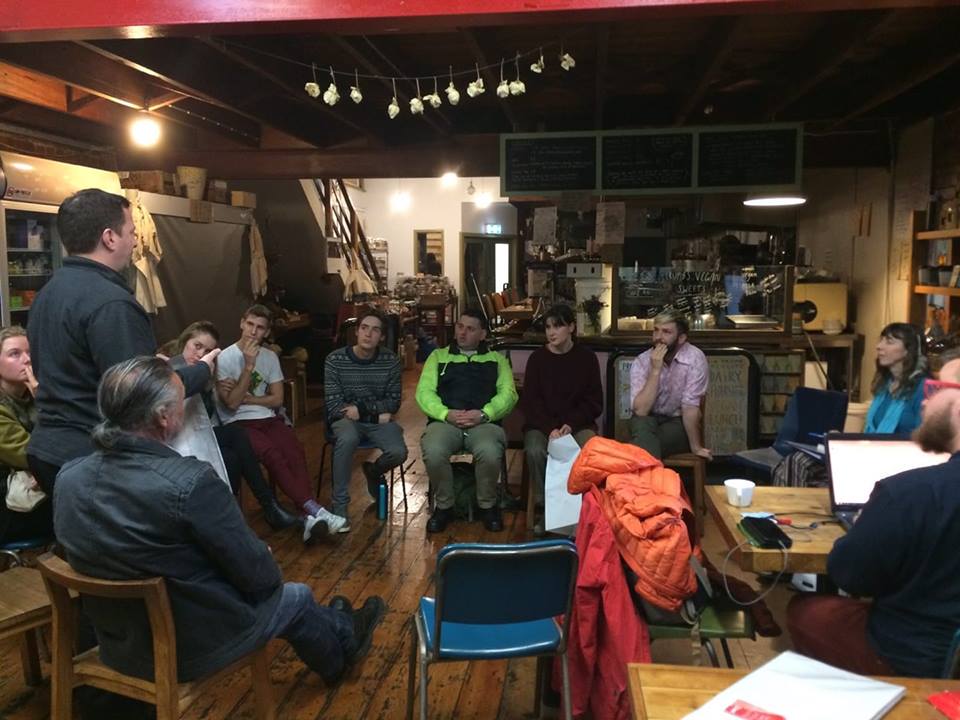 Following the election of the backward Morrison government, there is an incredible level of excitement and interest in building bold new visions for transformative action on the climate crisis.

It's clear we're facing a climate crisis, and we need to think big.

Join us this Wednesday 26th June for the next meetup of Friends of the Earth Melbourne's Green New Deal Working Group so we can keep working together to build our own bold vision for tackling the climate crisis.

Info Night: Our Strategy for Ambitious Emissions Cuts in Vic

The Andrews government has until 31 March 2020 to set Victoria's first interim Emissions Reduction Targets. But will they be bold and ambitious?

Independent advice to the state government on emissions cuts have been tabled in the Parliament. The recommendations fall short of what's needed to limit global warming to 1.5°C.

Join Friends of the Earth for an info night on our strategy to ramp up the ambition!

Special guest speakers will brief you on the cuts needed to meet the 1.5°C challenge and the climate impacts that are already occurring in Victoria. 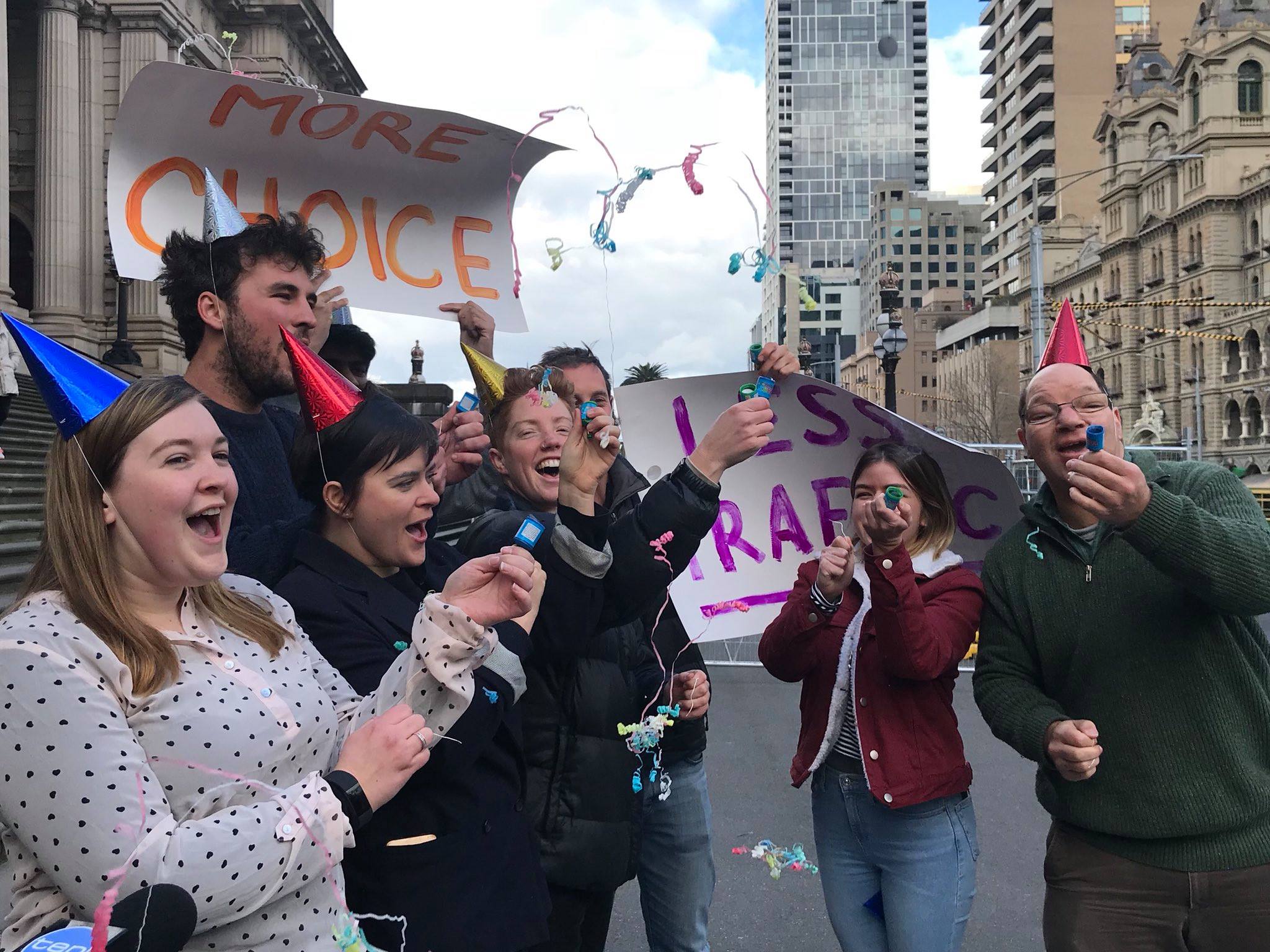 The Andrews government’s proposed $16B North East Link will see the Eastern Freeway widened by up to 24 lanes. This dramatic expansion has been criticised by transport and planning experts and locals as 12.7 hectares of parkland will be permanently lost.

Melbourne’s north-east is particularly car-dependent, with the absence of a train line limiting the mobility of commuters. Overcrowded buses on clogged up roads don’t cut it.

The massive project will destroy the future possibility of a train to this area, covering land which was identified for a rail line in the Doncaster Rail Study.
It will increase car usage, congestion and pollution. When what we really need is better public transport.

Join us for a mock opening of Doncaster Rail!

The North East Link is the most expensive road project in Victoria’s history. Millions of dollars that could be invested in better public transport are instead being spent on this mega road project.

The submission process on the Environmental Effects Statement for the project has now closed - but you can still express your opposition to this destructive project: please sign the petition. 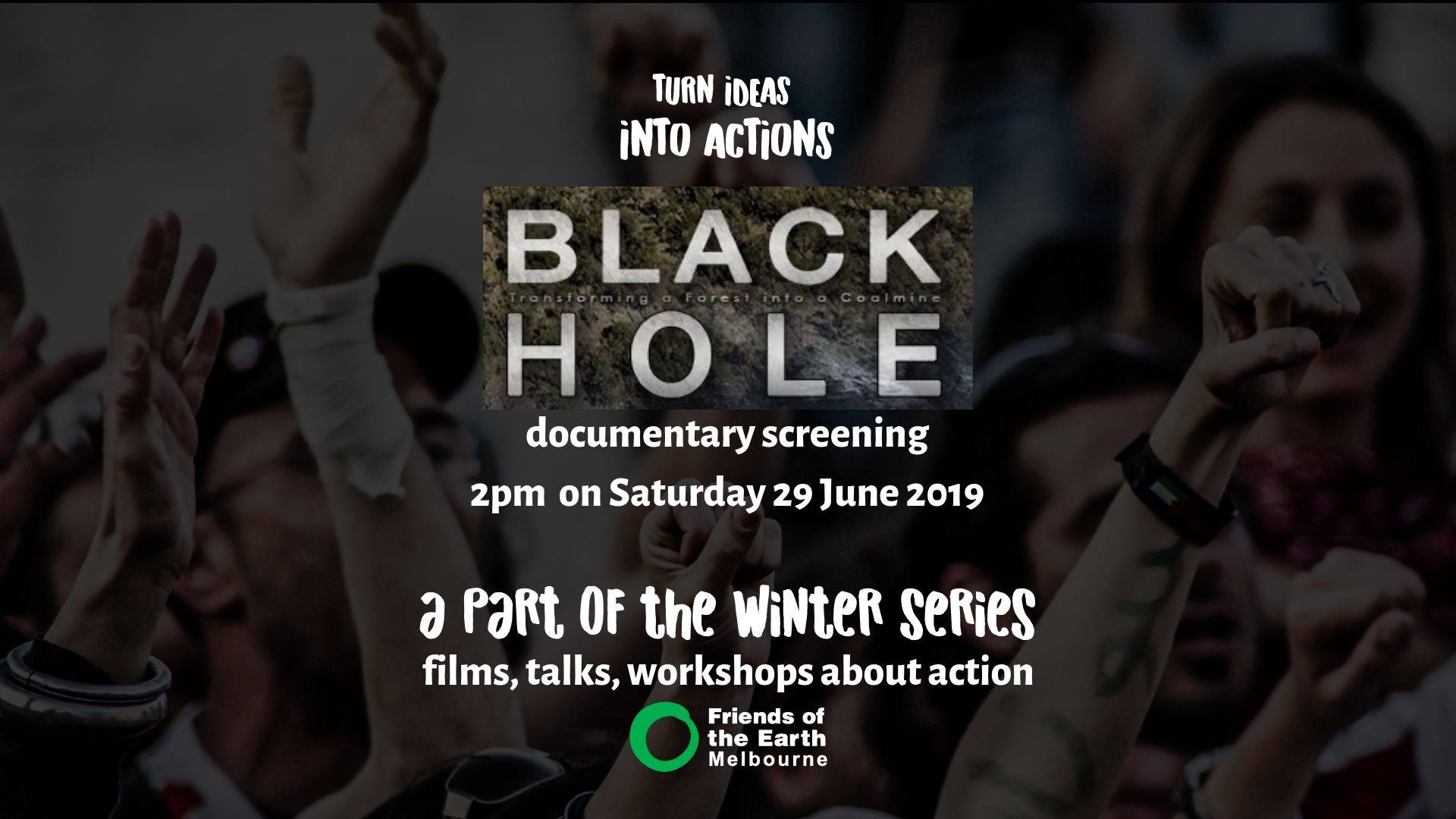 The stage has been set for one of the most intriguing David and Goliath battles in this nation's history. ‘Black Hole’ is the story of one of the most controversial coal mining projects in Australia. This story is happening now.

Filmed in real time and in the moment, this film is capturing the events as they unfold with the excitement of the unknown.

Black Hole explores the fight to stop the clearing of the Leard State Forest, transforming it into an open cut coal mine. 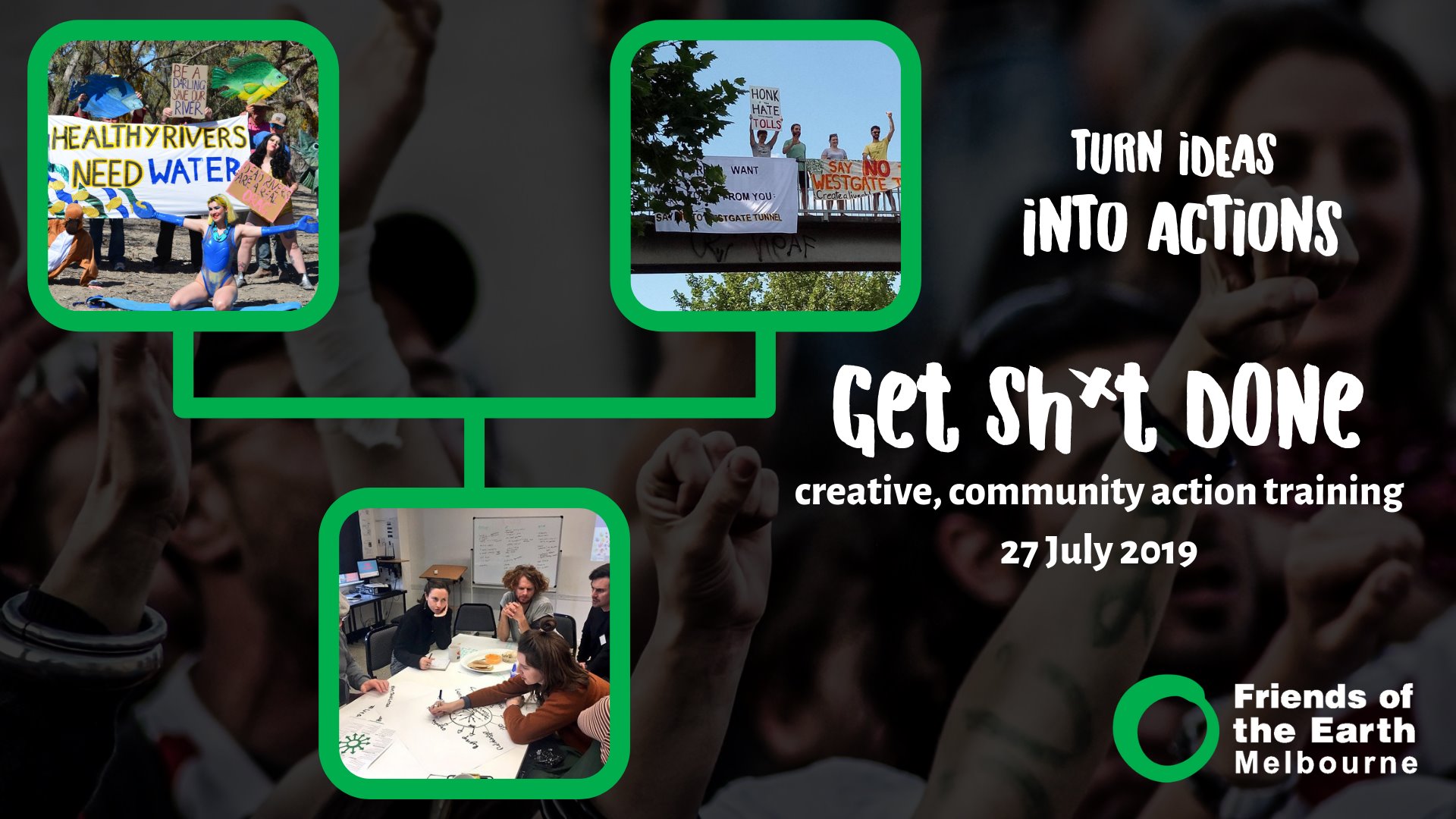 Want to turn your ideas into actions?

Join us for a day of creative, community action training!

It is no longer acceptable to only resist poor choices from decision makers and corporations. Friends of the Earth is also creating solutions that will benefit the community, climate, and environment.

We are living in times of a climate and ecological crisis. Between the emerging climate chaos, insect armageddon and waste crisis (to name just a few) there is SO MUCH to do!

Creative action is an important part of how we do things at Friends of the Earth and how we achieve results.

We all need to step up and get sh*t done.

It’s been a wild year for communities on our rivers. 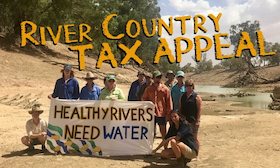 With the massive fish kills on the Darling River and re-election of the Morrison Government, our rivers are more at risk than ever.

Learn what we've been up to this year