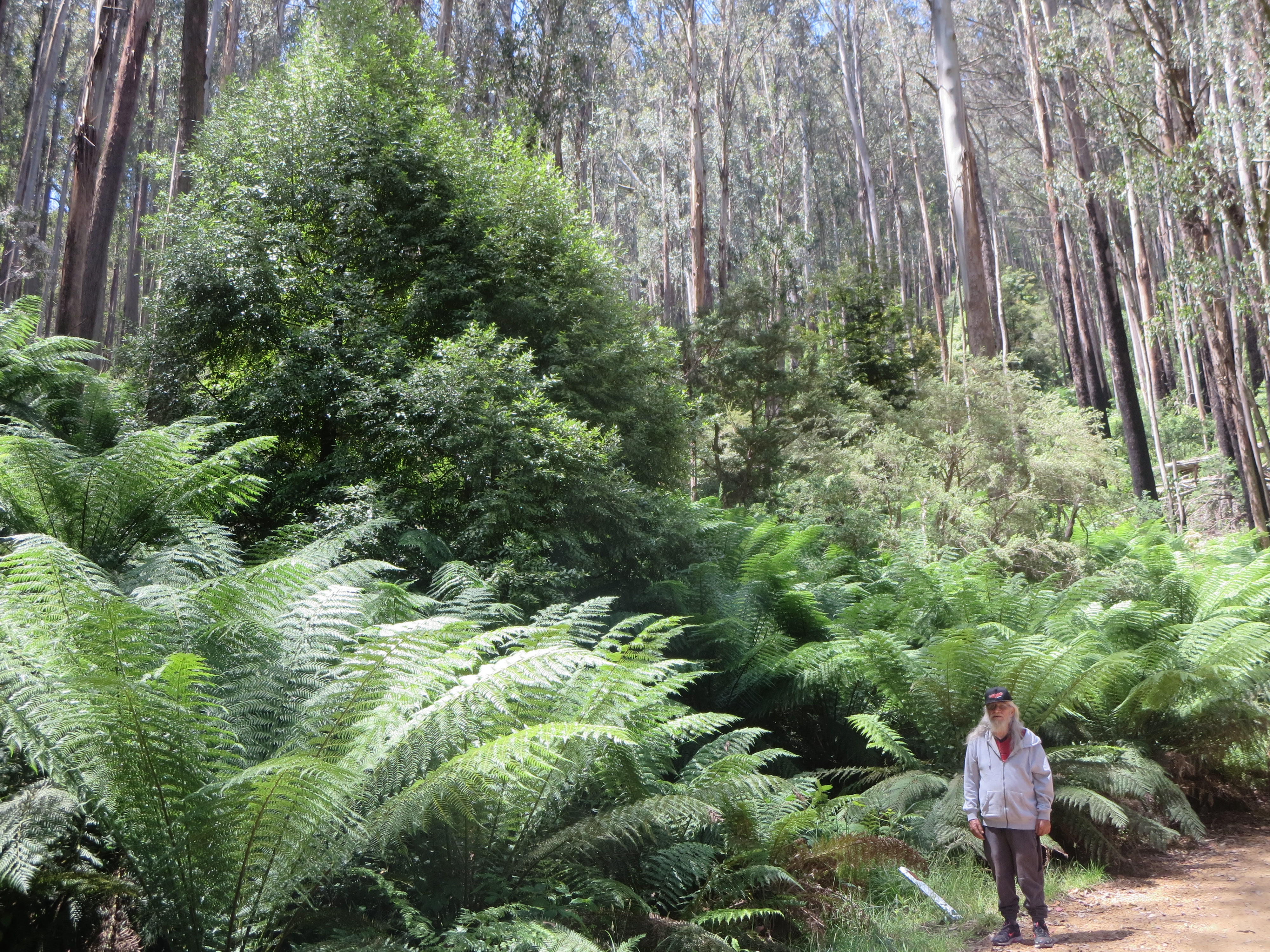 The logging at Snobs Creek is upstream of Victoria's most important fish hatchery. The Snobs Creek hatchery provides fish to hundreds of waterways throughout Victoria and southern New South Wales. "To jeopardise the hatchery is madness" Uncle Larry said.

"The logging could lead to increased turbidity in Snobs Creek and increase temperature of the water too" Uncle Larry added. "This will upset the fine tuning of water quality for fish breeding" he added. 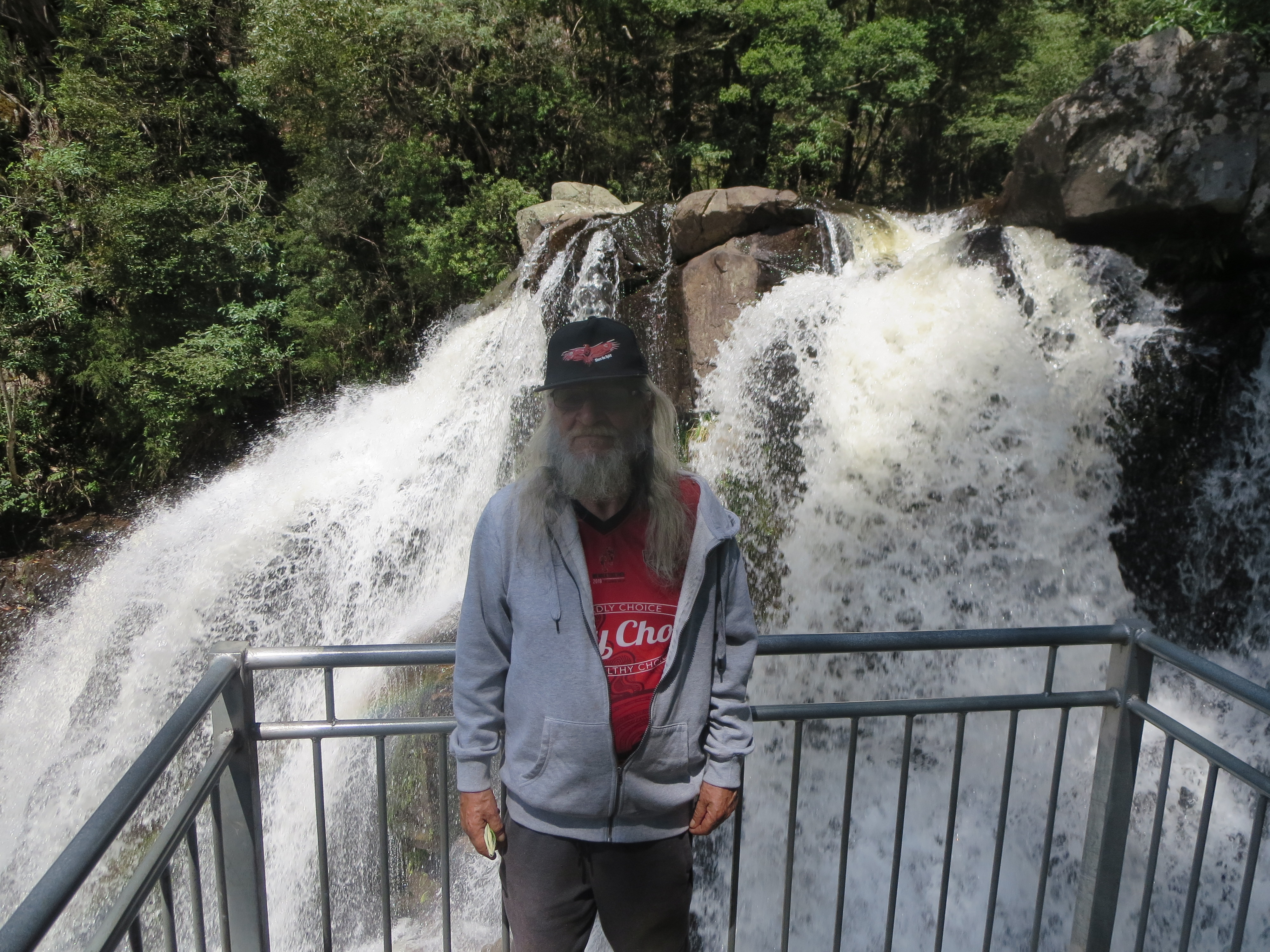 Uncle Larry Walsh standing near Snobs Creek Falls. One of the largest and most spectacular waterfalls in Victoria

But perhaps Uncle Larry's biggest concern is that logging will decrease the amount of water coming down the creek for years to come. "As young regrowth trees grow after logging, they suck up alot of water. That water instead of flowing down the creek, will be used by the young trees instead. This will cause big problems down the years, especially over summer months and drought periods. We could see Snobs Creek stop flowing entirely. It will take decades after the logging for the water cycle to heal itself" he said.

Logging will also increase fire risk. The rainforest along Snobs Creek is perhaps the most northern occurring rainforest in Victoria. Logging near rainforest threatens it with disease such as Myrtle Wilt. Logging also changes the moisture gradient, drying out vegetation, including rainforest. "The rainforest at Snobs may also not survive the logging. If fire gets into the catchment that also may be the end of it" Uncle Larry added. "Climate change isn't going to help the rainforest either. If we lose the rainforest, the catchment will start to heat up - increasing risk of fire".

"What's happened on Taungerong country over the past couple of years is a national tragedy. The loggers have been running amuck and causing alot of problems. Of major concern is what has also happened in the Royston and Rubicon River catchments. These rivers also flow into the Goulburn River, which in turn flows into the Murray River. It seems to me that the Taungerong Country might be the most heavily logged country in the entire Murray Darling Basin. We haven't been told anything about this logging" Uncle Larry added. "How is this logging impacting on people needing the water downstream? I'm also worried about plans to log the Taungerong forests on the plateau of Tallarook. Why is VicForests decimating my country" Uncle Larry asked. 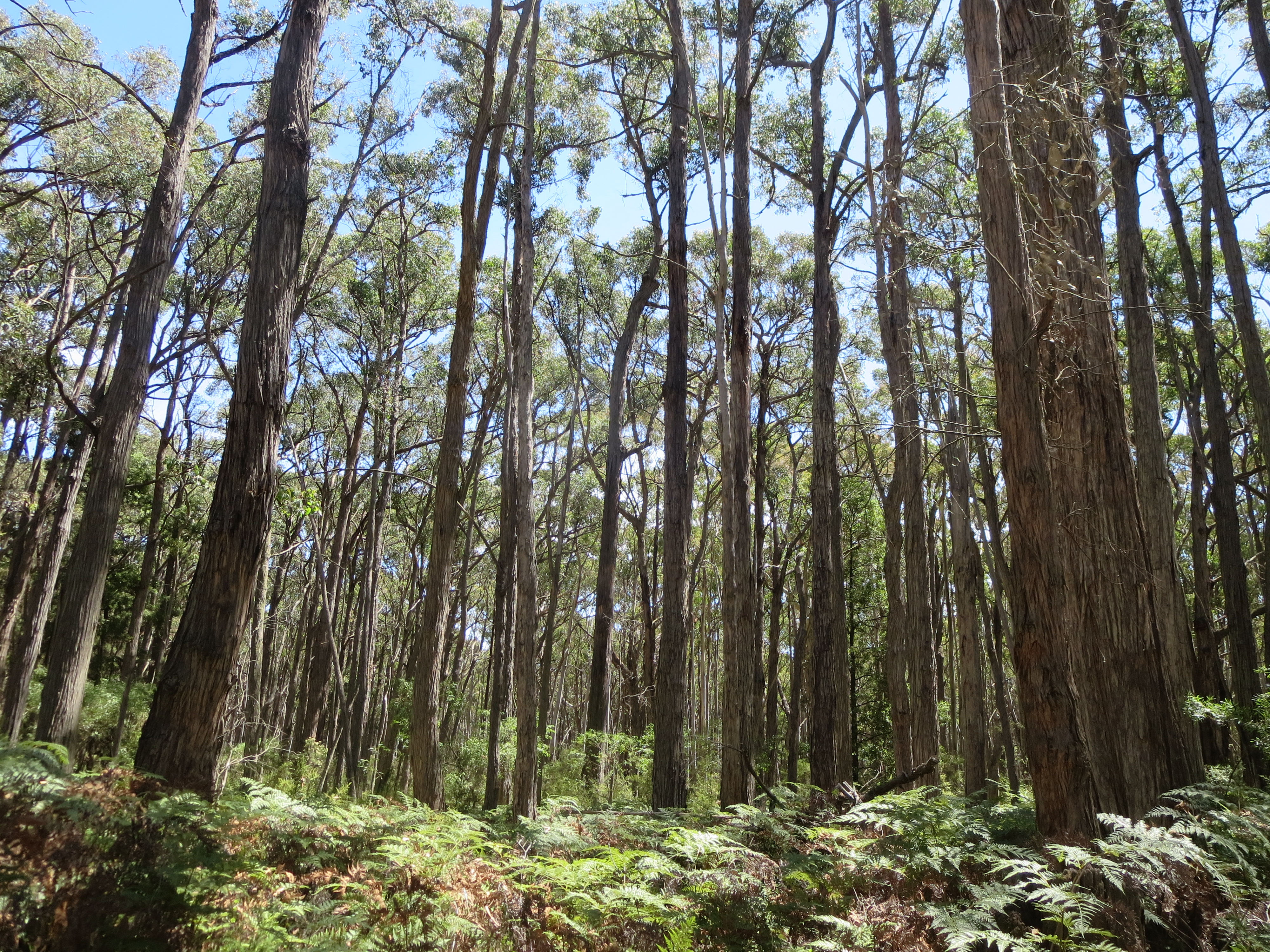 Tallarook forest, south of Seymour is also on the VicForests "hit list". Why?

Uncle Larry wants people to better understand that forests just don't mean trees. "Forests also impact on waterways. Hurt the forest and you also impact the water. We've all got to start thinking not just about why forests are important but also the waterways that flow through them and from them" Uncle Larry concluded.