Organisations and grassroots groups across Victoria are standing together for a Gas Free Vic, with a recently emerged network penning a Joint Statement for Getting Victoria Off Gas.

Add your signature to the statement to say let's get Victoria off gas! 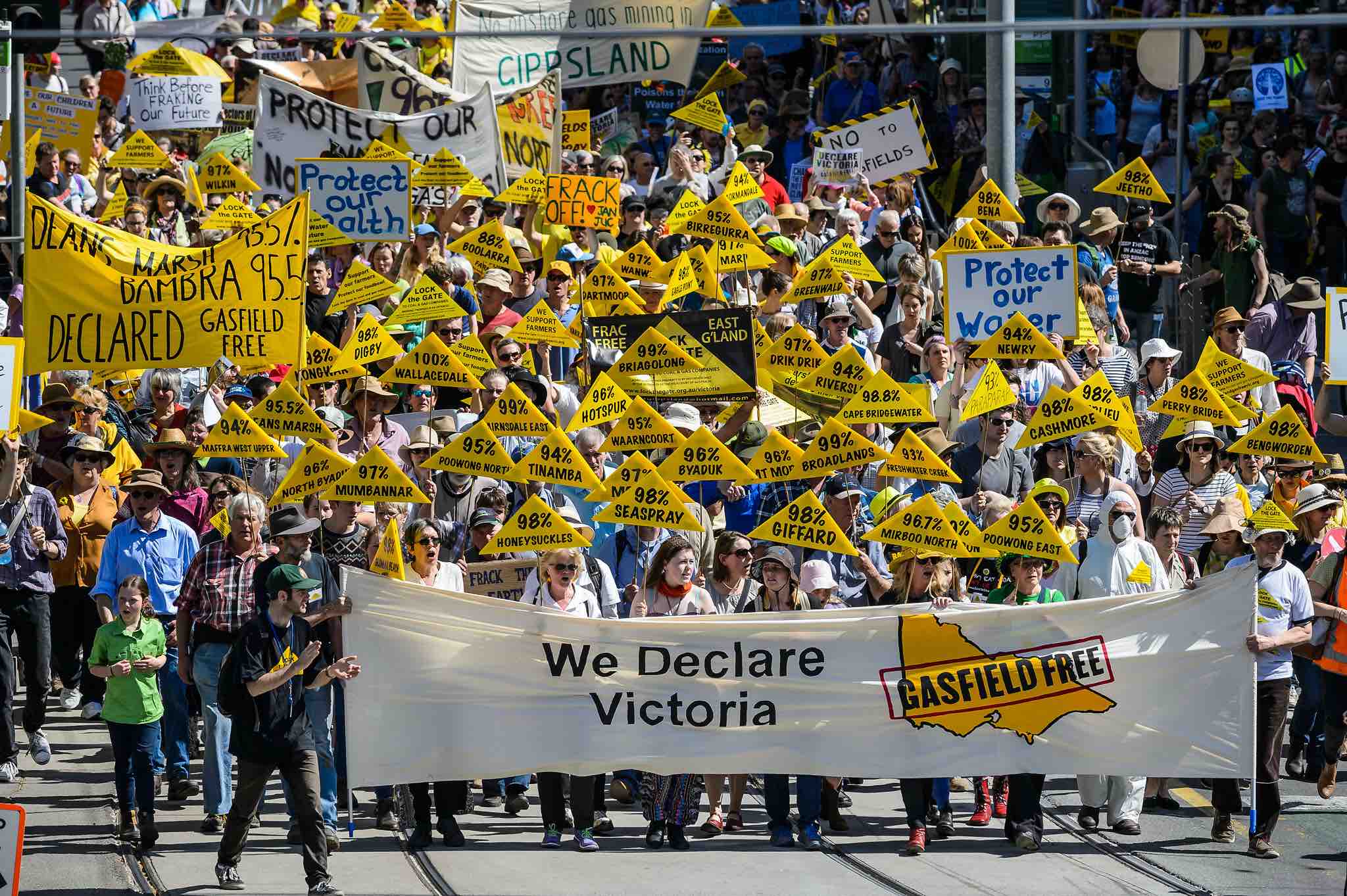 The previous campaign to stop "fracking" (hydraulic fracturing of unconventional gas) resulted in a permanent ban on fracking in Victoria that is now enshrined in the constitution, but Victorian land and waters are still under threat from onshore and offshore gas development. So Victorians are standing together again, to say no to gas development.

With the 2021 lifting of the ban on onshore gas activity in Victoria; gas exploration, drilling and production proceeding in waters off the Victorian coastline; and other government and industry processes underway, coordinated efforts are needed to ensure Victoria rapidly transitions away from gas, while ensuring justice and safety for workers and communities.

In response, Friends of the Earth Melbourne began convening a Gas Free Vic Network in 2021.

It has been amazing to come together to support and celebrate the efforts of so many individuals and groups in working towards a gas free future. We have also identified a real need for further efforts to ensure the powerful voices of the community are heard above the noisy lobbying of a dying industry.

Our early Gas Free Vic Network efforts have included putting together a joint statement, Getting Victoria Off Fossil Gas, to set out the key pillars of a roadmap up to the task. More than 30 environmental organisations and grassroots groups, and hundreds of individual supporters have already signed on.

Will you sign on to the joint statement to get Victoria off gas too?

We have sent our statement to the Premier and all Victorian MPs, and they have taken already taken notice. Representatives from our Network have subsequently met with government officials and staffers including those under Victoria’s Energy and Resources Ministers.

Your voice will help ensure our government is listening to what the community wants.

Sign on to the joint statement to add your voice to the call.

Our Gas Free Vic Network will continue our work in 2022 and we hope to become ever stronger so that the Victorian Government has no choice but to listen to the voices of the people.