The 30th of August marks a very special occasion for Victorians: the first anniversary of our state-wide ban on Fracking and unconventional gas. 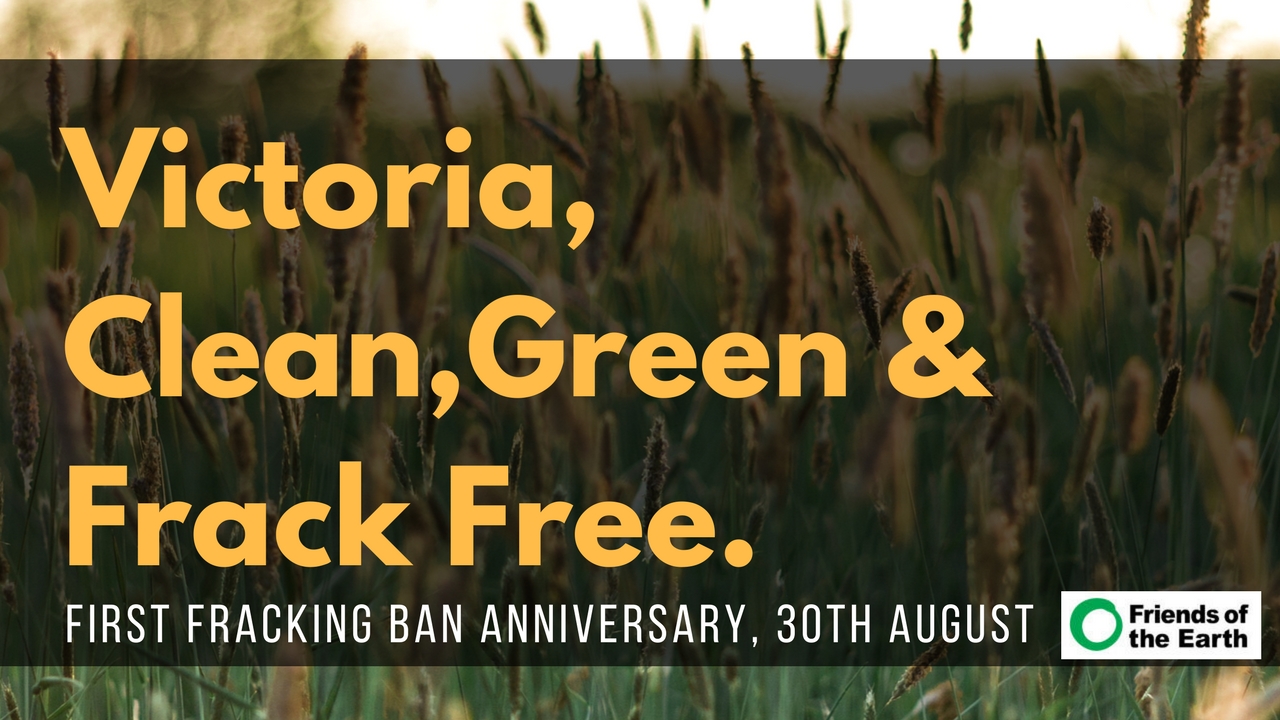 On this day last year the Premier of Victoria Daniel Andrews announced a permanent ban on Hydraulic fracking and CSG gas drilling in Victoria. This is the first permanent ban on fracking in the country, and effectively stopped the invasive unconventional gas industry in Victoria in its tracks.

Victorians across the state celebrated that day: including those living in the 75 communities that declared themselves Gasfield Free as well as thousands more who worked hard to secure the ban on fracking across Melbourne.

It was a moment of immense relief and joy. The announcement gave communities certainty that their agricultural farmland, environment, water, tourism and health would protected against this dangerous industry.

Big thanks to @DanielAndrewsMP's government from @foeapac folks for the ban on fracking 1 year ago today in Victoria - #VicGasBan #SpringSt pic.twitter.com/qYSNnpdsMb

Premier Andrews stated on that day ‘Our farmers produce some of the world’s cleanest and freshest food. We won’t put that at risk with fracking. Victorians have made it clear that they don’t support fracking and that the health and environmental risks involved outweigh any potential benefits.”

As Alison Marchant from Mt Moriac said at the time last year, ‘I know that generations to come will thank the Premier for this decision’.

A huge number of people dedicated their blood, sweat and tears to the Gasfield Free Victoria campaign and it was truly a win for people power. All walks of life came together to protect their land, water, and what we have for future generations, and made democracy work for us.

As we reflect on all the hard work, the joys and tribulations of the past 5 years, we know that the fracking ban will be one of the greatest campaigns and wins for the environmental and community movement.

Now it's our job to make sure it stays in place. 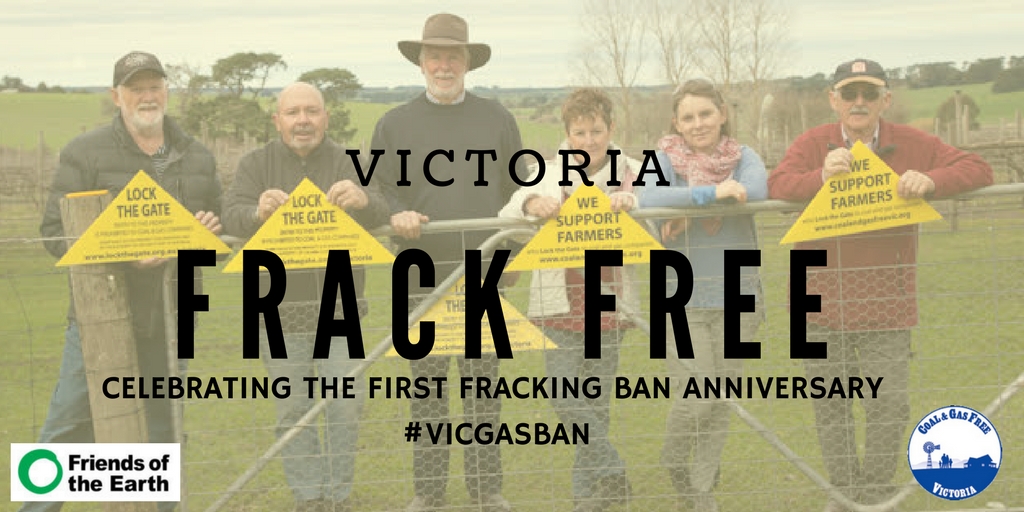 The movement managed to secure a ban on all onshore gas drilling, including of conventional sources, while a task force investigates the extent of the resource and the potential environmental and social impacts.  The community remain concerned that conventional drilling will be a foot in the door for resource companies, who would need to frack later to secure a commercially viable resource.

The federal coalition government are campaigning hard to push this onshore drilling on Victorian communities before the taskforce reaches its conclusions.

Communities across Victoria will also continue to lend their support to those in other states fighting against fracking and onshore gas across the country. Every state other than Victoria faces an ongoing threat from unconventional gas exploration and production licenses, threatening our water sources, farmland and the integrity of communities.  We look forward to more states following Victoria’s lead, by becoming officially Gasfield Free.

Join your local fight against fracking and unconventional gas!!