We went to key locations across the west to listen to community stories about buses, and raise awareness of our Better Buses campaign.

On Saturday 27th August, members of the Sustainable Cities collective ventured out into the communities across the West, to listen to people’s experiences of using buses in the West, and raise awareness of the Better Buses campaign. We set up at Highpoint, Sunshine Station and Spotswood, handing out flyers designed by collective member Hudayfa, and asked people why they do or don’t use the bus. Many people agreed that the West has been forgotten for too long, and that significant transformation of the bus network is needed to improve interconnectivity, and improve access to work, school and services. 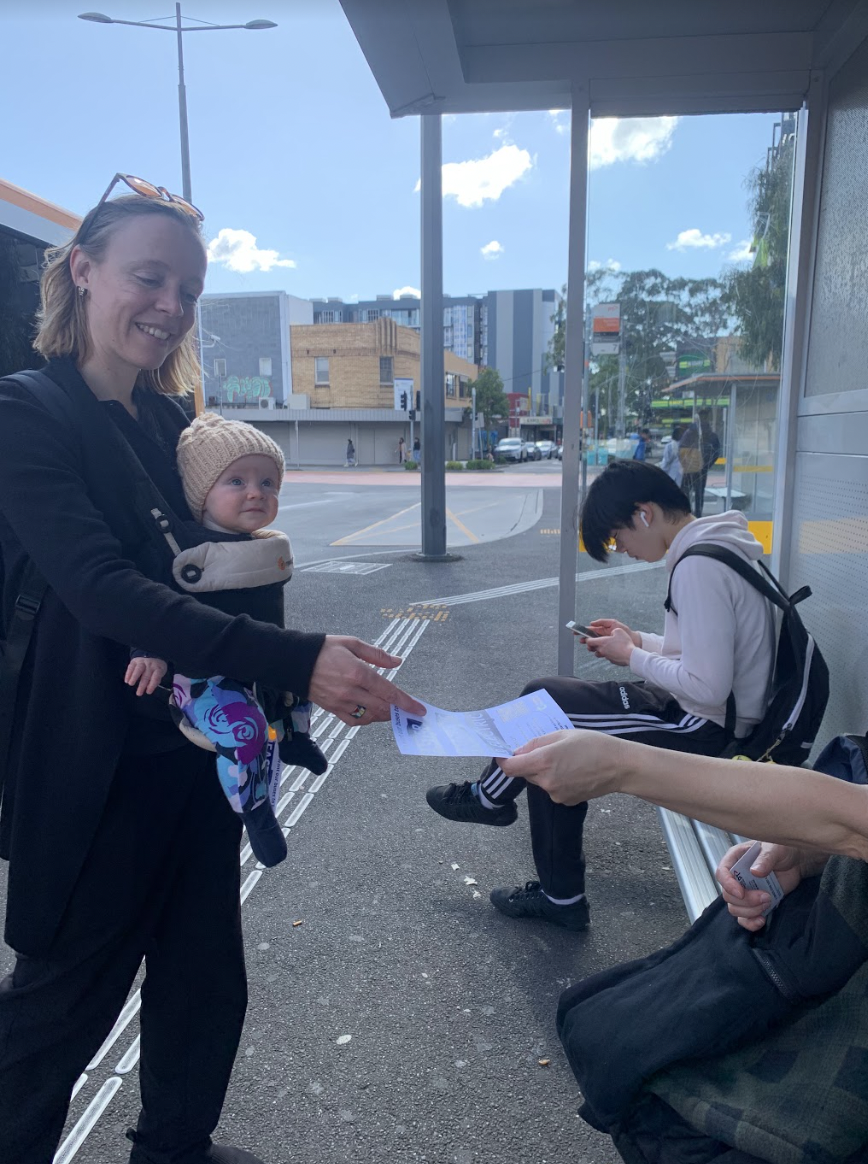 Hannah from Sunshine told us that she takes the bus regularly, and that some of her friends often wait up to 50 minutes for buses!

Lynne, who lives with a disability, said that increased services would benefit the community as she feels like it can slow things down when she requires extra time to get on and off buses and trains. She has lots of medical appointments throughout the week and uses lots of PT to get to them all, though she only takes the tram in the city as they are not accessible elsewhere. She feels that she slows down the network getting on/off with her walker, and is saving for an electric scooter so she can get to the shops easier. 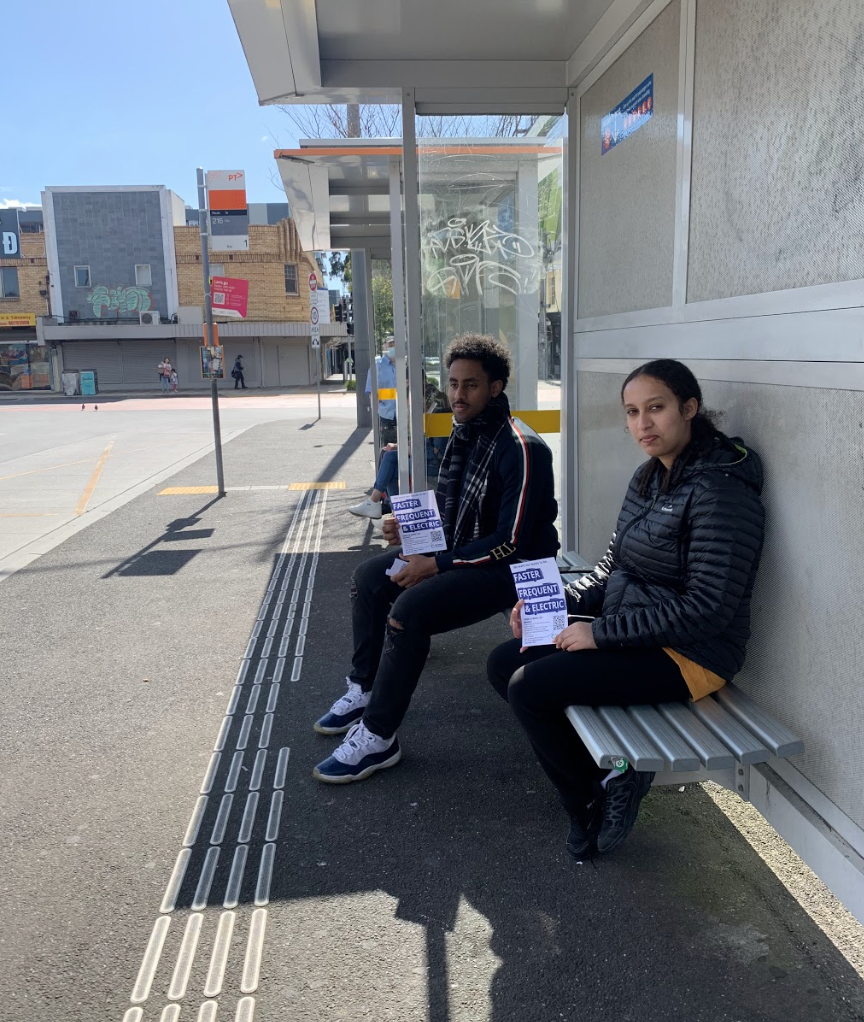 One thing we are hearing more and more is stories of new housing developments being built with little or zero public transport. In Spotswood, Peter and Sabastian heard that a development that will house 30,000 people is being built with no public transport provisions. In Cairnlea, a 'planned' suburb by an agency of State Government and home to 10,500 people, it is much the same - after 19 years there is still no bus service down the main thoroughfare. This will be exacerbated further with the new development of 840 homes, that will provide at least 25% social/affordable housing, being built without adequate public transport plans - although residents can easily get a bus to the pokies venue nearby! 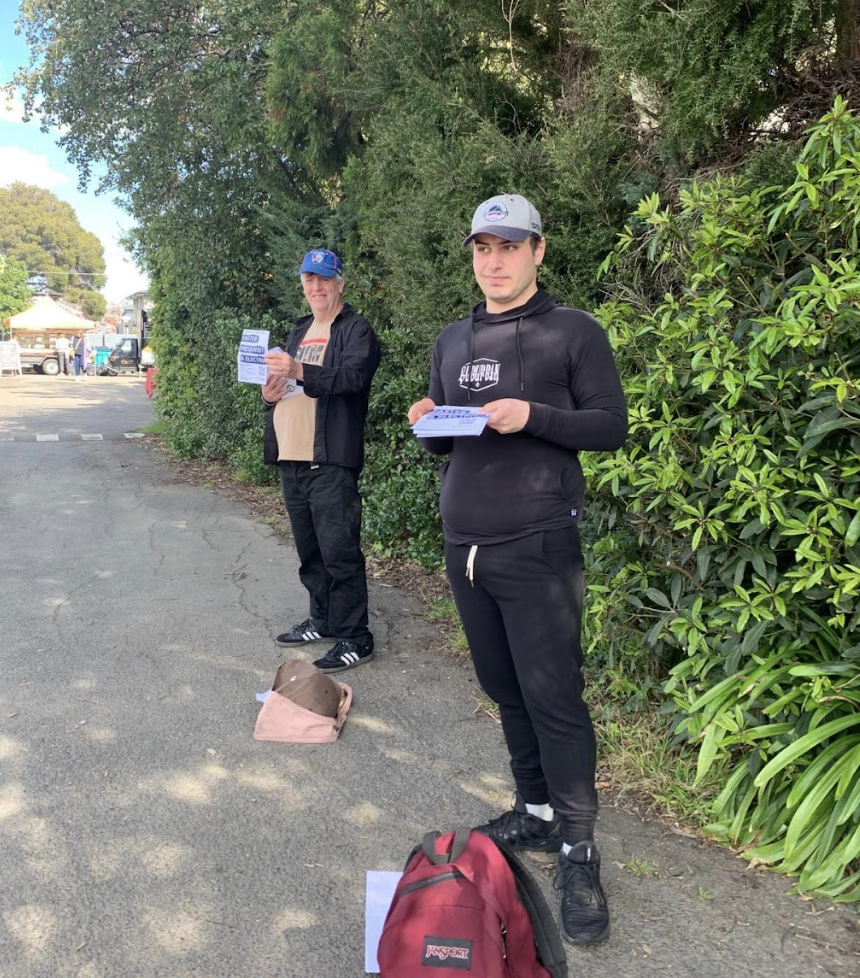 We also spoke to Michelle in Sunshine who told us that she takes multiple buses to and from work, totalling more than 4 hours per day. Due to unreliable buses, there have been times when her daughter has been late to school, resulting in detention even though the reasons were completely out of her control. If the service were fast, frequent and direct, this situation could be avoided and Michelle and her family could spend more of their precious time doing things they enjoy, and less time riding along the convoluted and winding routes that currently exist.