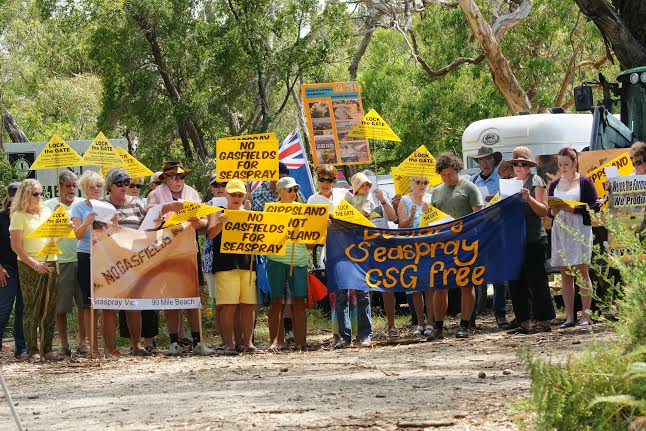 If you’re concerned about environmental issues and the urgent need to rapidly reduce the world’s greenhouse gas emissions, it’s hard not to get depressed.

The Australian government is cutting climate action programs and turning it’s back on environmental protection, and here in Victoria, our government wants to open up new coal mines while shutting down renewable energy across much of the state.

But across regional Australia, a new movement is building power and starting to win against the coal and gas companies and their friends in government. We want to share this good news story.

Across regional Victoria, more than 70 communities have got organised to oppose proposed coal mining and gas drilling. Already, 25 towns in southern Victoria have declared themselves ‘coal or gasfield free’. Thousands of people have got mobilised, more than 4,000 homes have been door knocked. On average, the declarations have received 95% support.

This opposition, in the traditional National Party heartland, has forced the Coalition government to ban dangerous BTEX chemicals, and place a moratorium on the process of fracking and all gas drilling approvals. It's a good news story, that's mostly happened ‘under the radar’ of the mainstream media.

Please join us on Wed October 29 to hear about the growing community resistance. 6.15pm for a 6.30 start.

At The Comma, 16 Hargraves St, Castlemaine.

There will be a showing of the new film ‘farmland not gaslands’ which describes the dynamic community campaign happening across southern Victoria (28 minutes) followed by a short presentation.

Come along and be inspired.

Presented by Friends of the Earth, with the support of Mt Alexander Sustainability Group.

It would be great if you could rsvp via facebook or email: [email protected]