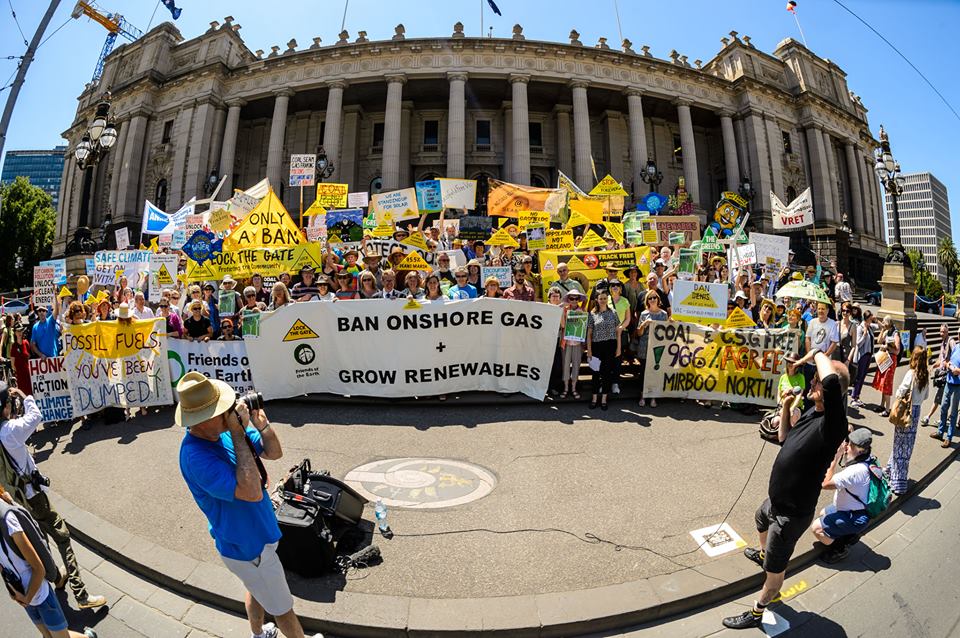 FoE launched a campaign calling for a state renewable energy target (VRET) in early 2014. In August 2015, the Andrews government committed to VRETs for 2020 and 2025 in its Renewable Energy Roadmap

We're getting close to a vote on the Victorian Renewable Energy Target (VRET) in state parliament. Now is the time to bring it home!

The Matthew Guy opposition is running a scare campaign against renewable energy, and have pledged to scrap the VRET if elected in 2018.

They've initiated a survey of their constituents that falsely blames renewable energy for electricity prices rises and blackouts. We believe it's an attempt to smear renewables in the lead up to the crucial vote. (Just think of the cherry-picked statistics they'll use in parliamentary speeches and in the press).

We've launched our own community survey on Victoria's energy future to ensure anti-renewable energy spin is met with a swift response. (You can take our survey here)

Hundreds of Friends of the Earth supporters and community members have already participated, but we need your help to set the record straight.

As part of our ongoing work to build active support for the further development of renewable energy, FoE’s Yes 2 Renewables campaign is excited to be working in partnership with the Coal and Gasfield Free communities who secured the permanent ban on fracking and onshore gasfields.

We're kicking off our Build 'Em Here campaign to empower solar and wind farmers with some community events in western Victoria. If you live in the region, we'd love to see you at the following events next week. 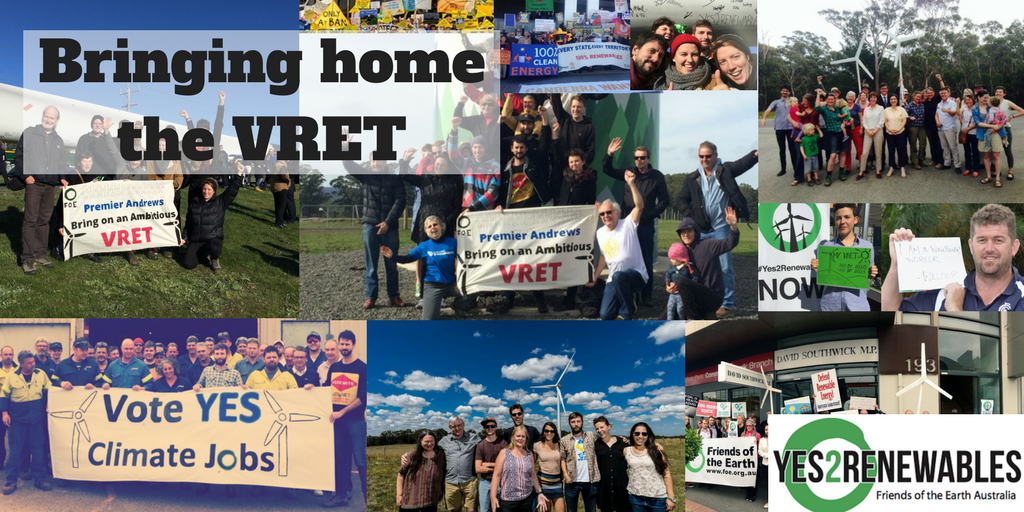