Here’s a quick update on our efforts over the last month, our response to the big announcement, and upcoming actions... 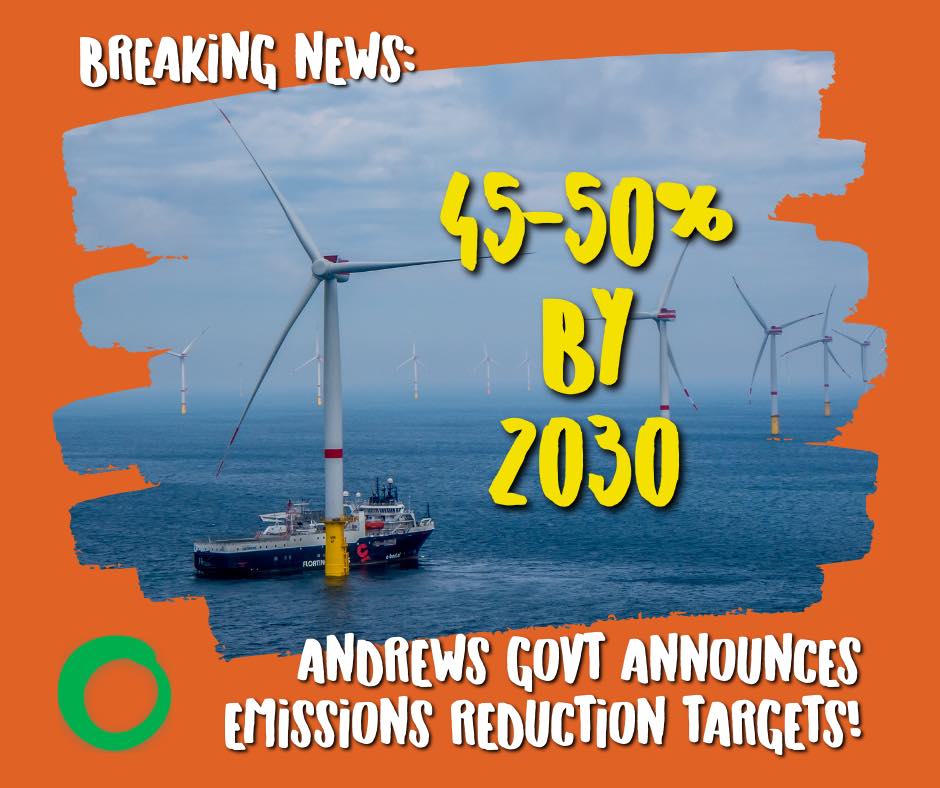 Friends of the Earth and allies campaigned to secure science-based climate targets for Victoria since 2017.

We were pushing for a world-leading cut of 75 percent by 2030—a target that scientists say is necessary to achieve the Paris Agreement goal of limiting global warming to 1.5°C—and ended up with a commitment to halve Victoria's emissions over the next decade.

We understand that there are differing views on what level of ambition is acceptable given the dire state of the climate crisis. We will hold an online forum on Thursday 13 May to unpack the announcement.

Read our initial response and my analysis of why the targets represent a breakthrough for climate policy and politics. 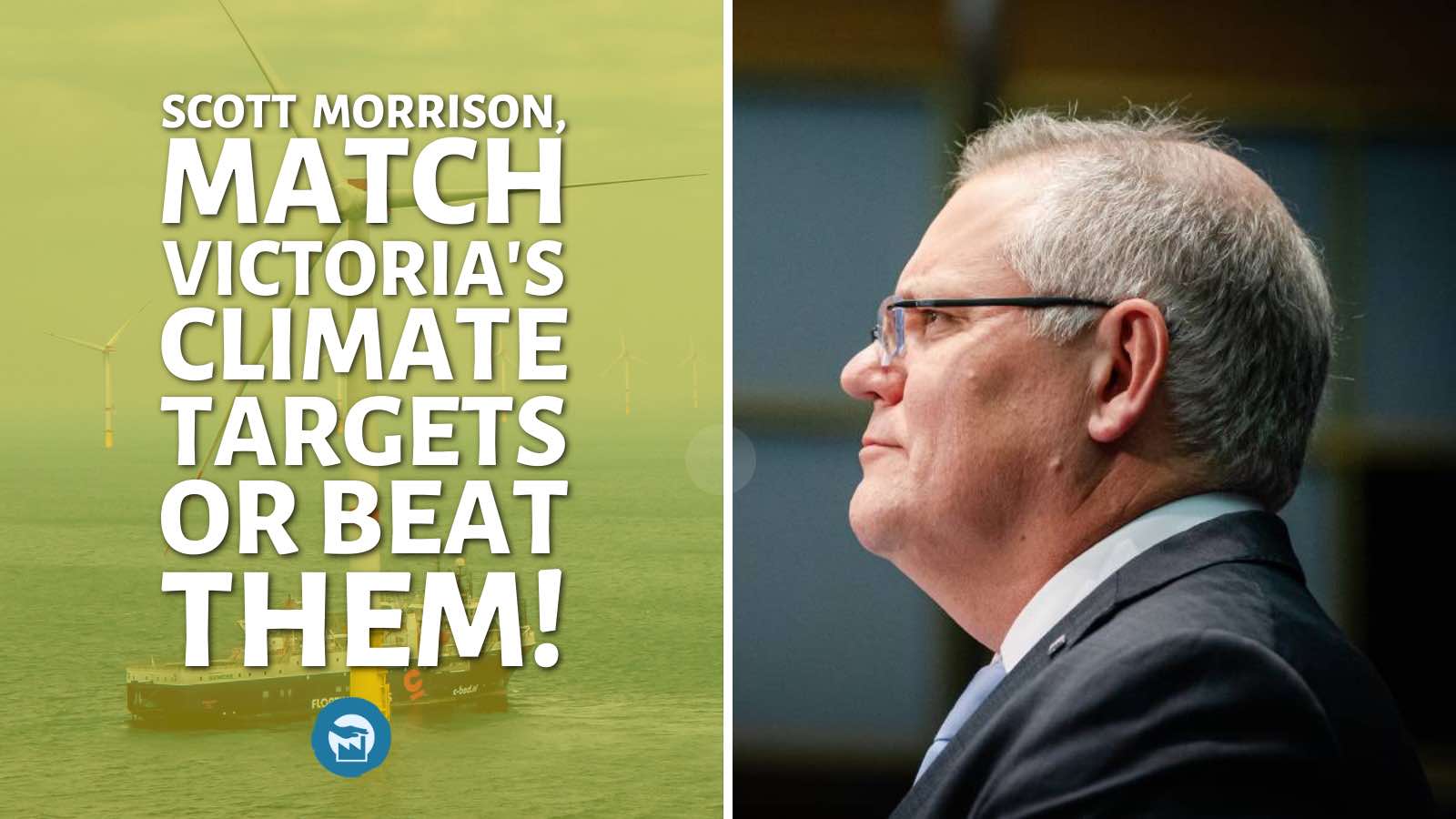 Victoria's climate targets intensify pressure on the Morrison government to increase national ambition ahead of the critically-important COP26 climate summit in November.

The Andrews government's announcement, which comes a week after President Joe Biden committed the United States to halve its emissions over the next decade, means that the Morrison government is facing pressure at home and from abroad.

It's time for Prime Minister to feel pressure from the community... Will you call for Scott Morrison to match the targets adopted by the USA and Victoria or beat them? 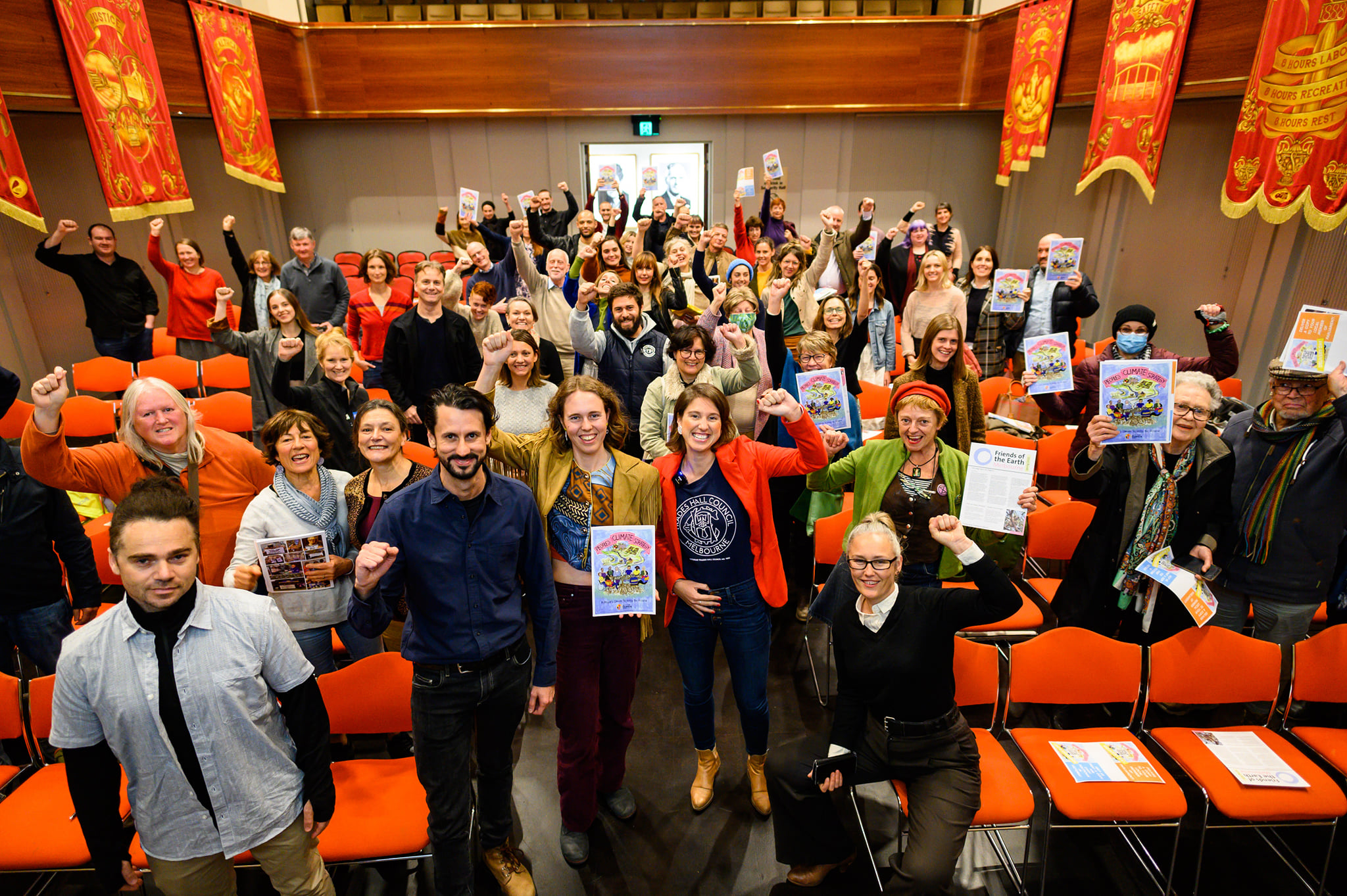 On Earth Day, April 26, we launched our completed People’s Climate Strategy at the Victorian Trades Hall Council—the home of the union movement.

The People's Climate Strategy was an eleven-month effort with contributions from over 1000 people across the state. It captures local knowledge about climate impacts and ideas for how best to cut emissions and protect communities from climate impacts.

We were pleased to launch the event with Yorta Yorta activist Neil Morris, Shoi Sengupta of School Strike 4 Climate Action, Kerri Cassidy of the Disability Resources Centre, and friends from the climate justice and union movements. Keep your eyes peeled for a video of the launch.

In the meantime, celebrate the People's Climate Strategy by sharing our social media post. 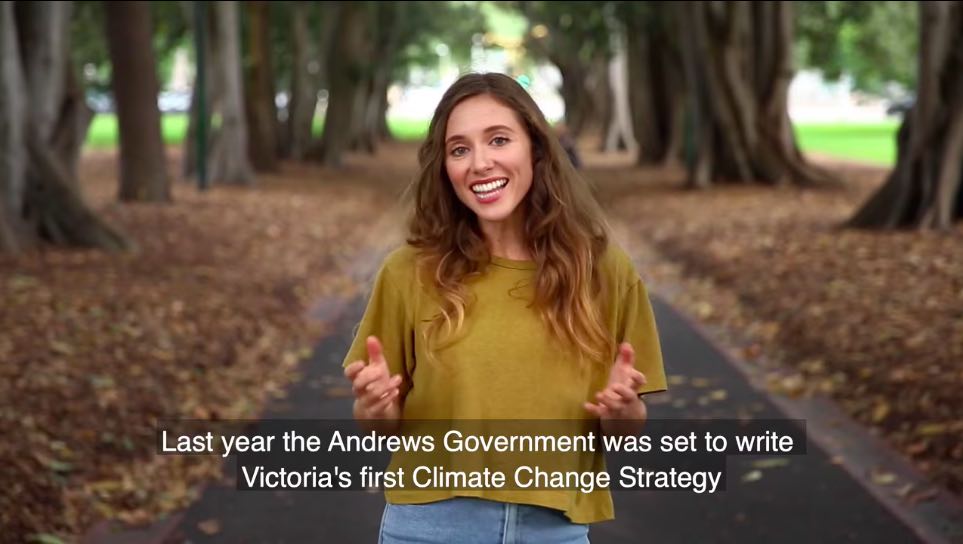 The community has written the plan for how Victoria can tackle the climate crisis over the next five years... Now we need your help to ensure it gets under the nose of politicians from Mildura to Mallacoota and everywhere in between.

Friday 4 June is Delivery Day: The day we will deliver a copy of the People's Climate Strategy to every member of Parliament.

We need your help to pull off this ambitious organising effort...

Please chip in to our crowdfunder to help us raise $5,000 to cover printing and organising costs. And sign up to be among the hundreds of community climate champions that deliver a copy to their local MP on the big day.

Watch this video, chip in to the crowdfunder, and sign up for Delivery Day. 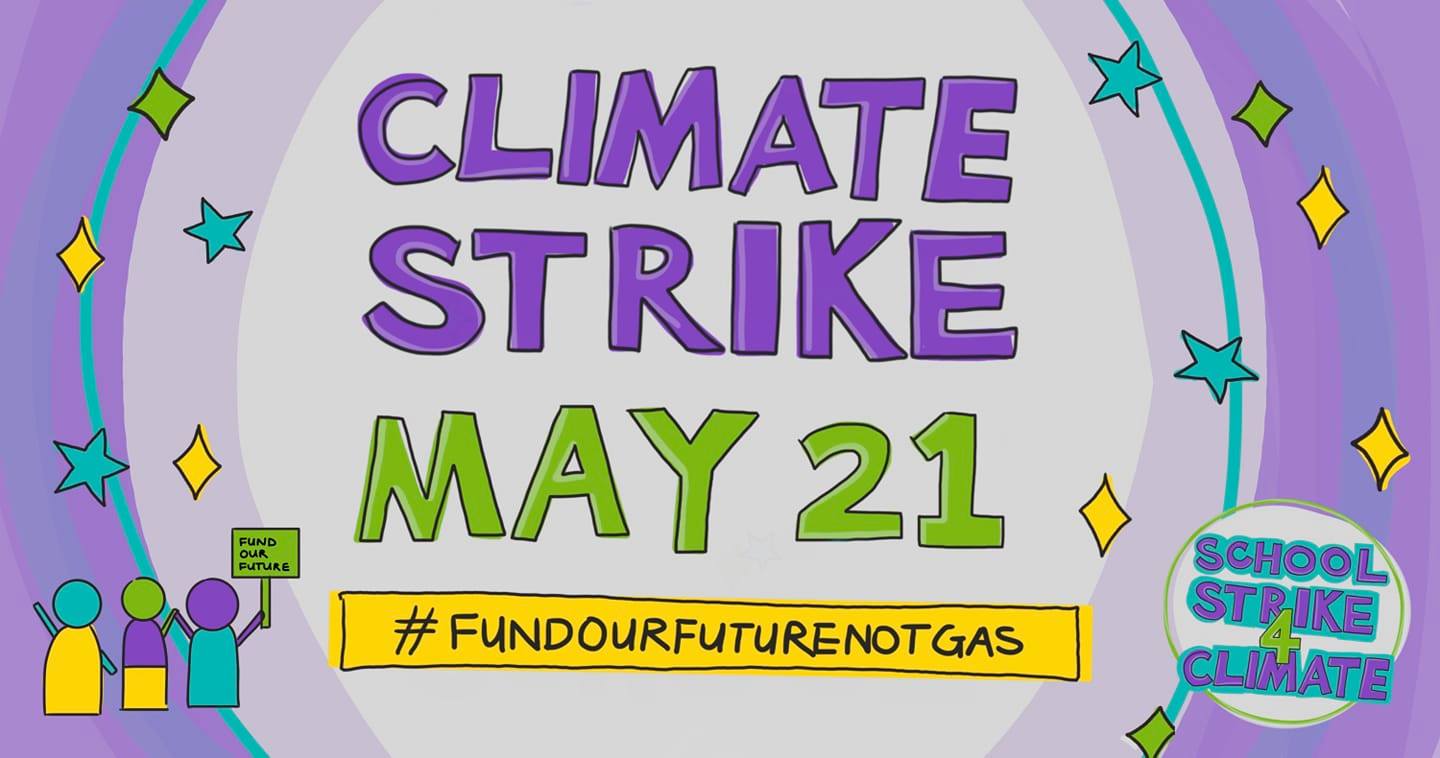 The Climate Justice event calendar is packed this May. We'd love to see you at the following:

In 2021 we're rotating between face-to-face meetings at Friends of the Earth's home base in Collingwood and online meetings via Zoom. Please email [email protected] for the Zoom link.