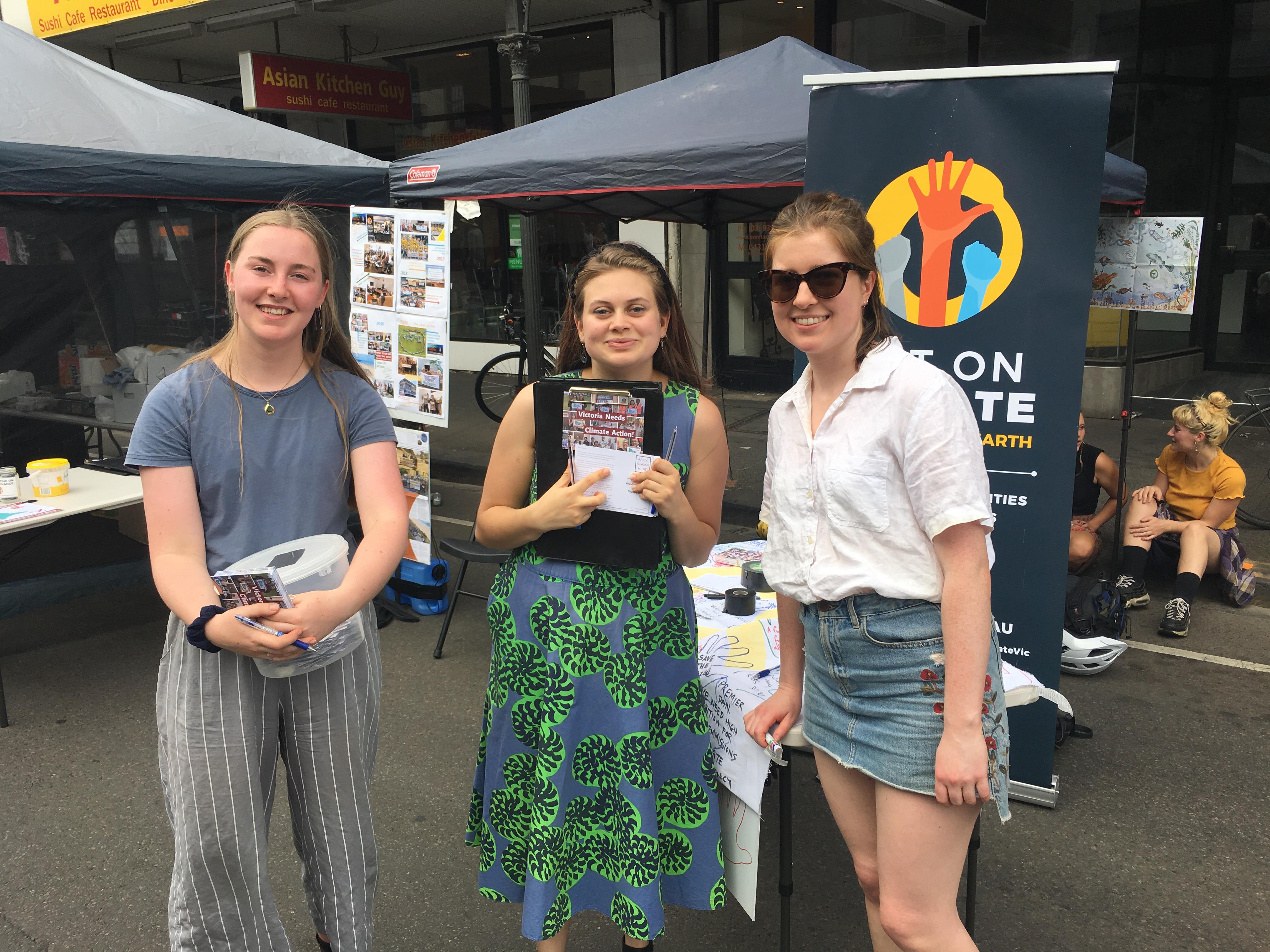 Last Sunday, Act on Climate headed down to the Sydney Road Street Party to set up a stall and talk to punters about Victorian climate action.

It was a fun and sunny day at the Act on Climate stall, where we kept the vibes high with some great tunes spun throughout the day by six fantastic DJs.

We spoke to hundreds of people throughout the day, telling them about what Act on Climate have been up to and asking if they would like to add their voice in support of climate action.

Over 150 people at the festival joined our postcard petition, calling on Premier Daniel Andrews and the Victorian Labor government to support all Victorians by committing to ambitious, science-based Emissions Reduction Targets.

At the end of the month, the Victorian government will set in stone the state’s interim emissions reduction targets, for the years 2025 and 2030. 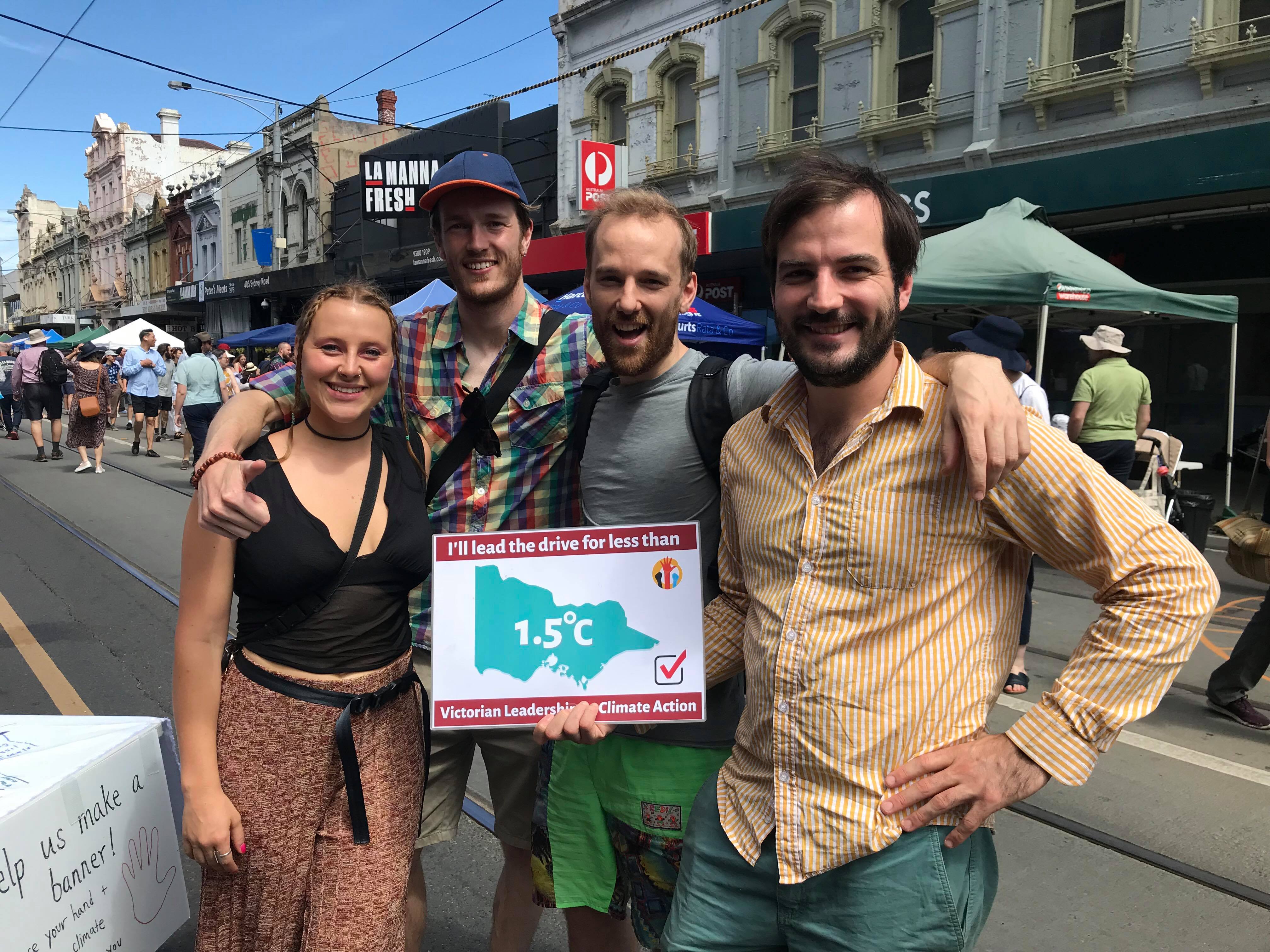 Act on Climate are calling for science-based, ambitious targets which are consistent with keeping global heating beneath 1.5°C.

Dozens of folks also made their mark for climate action on our banner, adding their hand print and a message about why climate action is important to them.

The banner was particularly popular among kids at the festival. The next generation are already concerned about the future effects of climate change; but they’re also eager for climate action and some of the climate justice movement's most inspiring present and budding activists!

Our personal favourite message added to the banner was the concise but strong: “I love trees”.

As well as our plans for 2020, we decided to show some of Act on Climate’s work from the past three years since the collective formed in 2017. 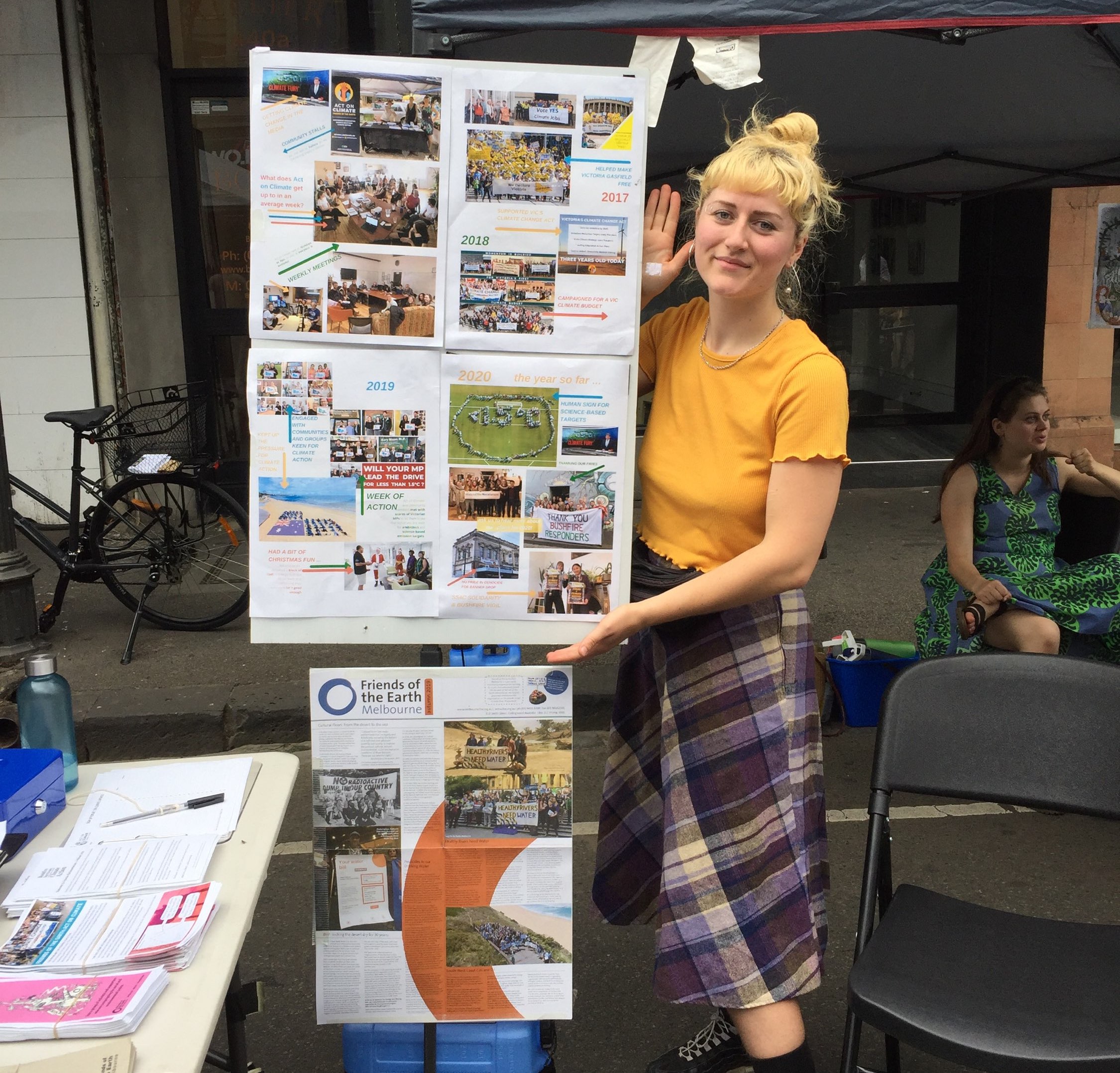 There was way too much to include everything, but it was great to have the chance to look back over all of our hard work, big achievements, and all the fun we’ve had.

More than anything, the achievements of our collective are a reminder of how much we can get done when we work together and listen to the community about climate justice.

There are only two weeks left until we deliver our postcard petition, right before the Victorian government sets its emission reduction targets for 2025 and 2030 at the end of March.

There’s no better time than NOW to add your voice to the fight for ambitious action on climate change!

If you’d like to support our postcard petition, please get in touch with Anna Langford at [email protected]. Or feel free to drop in to Friends of the Earth (312 Smith St, Collingwood) to pick up a stack of postcards!

And remember, you're always welcome to join us for weekly Act on Climate meetings at Friends of the Earth, Mondays at 6pm. 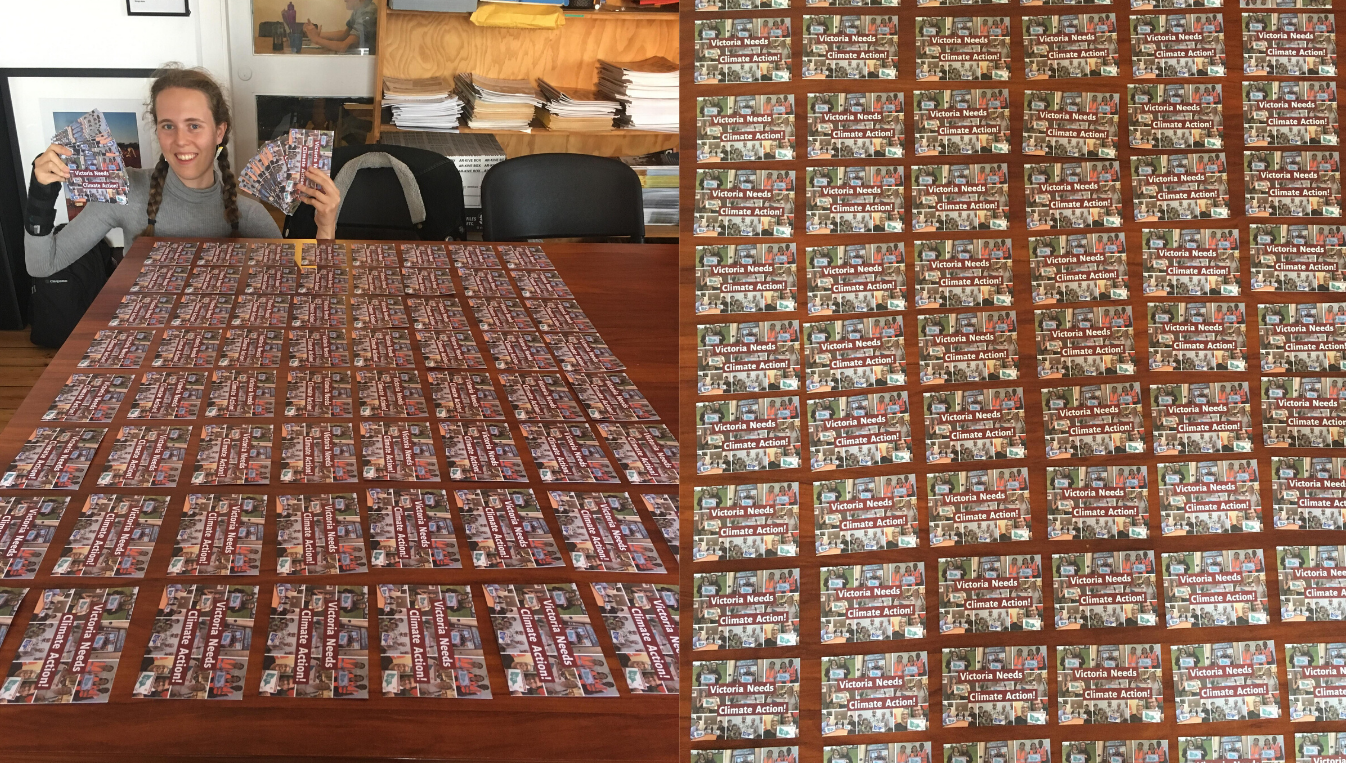