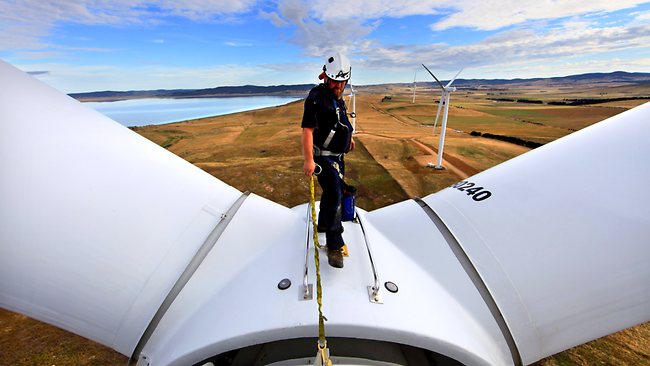 Victoria has taken another step forward in the renewable energy transition, with the bill to increase the state’s renewable energy target to 50% by 2030 passing the upper house while the federal Coalition continues to deny action on climate crisis.

“While the federal Coalition continues to fail the public on climate change, Victoria’s decision to increase the state renewable energy target to 50% Renewables by 2030 is a welcome step in the right direction that will create jobs in climate action across the state” said Pat Simons, Friends of the Earth’s Yes 2 Renewables Campaigner.

Victoria’s Renewable Energy Target has been critical to kickstarting the sector, creating jobs in wind and solar and driving the energy transition across the state.

“If we are going to avert the worst impacts of the climate crisis, we need to build an energy system powered by 100 percent renewable energy, and this announcement takes Victoria one step closer to that outcome” added Simons.

During the upper house debate, Victorian Greens leader Samantha Ratnam moved a motion calling for the state government to increase the target to 100% Renewables by 2030 in line with the latest climate science. It’s a call we support.

For the Andrews government to deliver on its renewable energy goals, these are the next steps:

"The best way for the Andrews government to deliver on it's renewable energy goals, is to ramp up public investment in wind and solar. The market alone cannot solve the problem of climate change" said Simons.

While the bill attracted 25 votes in the upper house, the Liberal party made the disappointing decision to vote against renewable energy.

“Its disappointing to see that the Victorian Liberal party has failed to learn the lessons of the 2018 state election, and are taking cues from climate deniers on the hard right fringe by voting against Victoria’s Renewable Energy Target once again” added Simons.

The vote comes as former member for Corangamite now federal Liberal senator Sarah Henderson staged a stunning backflip on the issue of onshore gas drilling, calling for Victoria’s onshore gas moratorium to be lifted, a position that will alarm regional Victorians.

The bill will now proceed back to the lower house with amendments before finally being written into law.

Friends of the Earth say that more ambition on climate change is needed from the Victorian government if we are to limit global warming to 1.5 degrees Celsius.

“The climate impacts we’re already seeing around Victoria, from increased heatwaves to accelerating coastal erosion due to sea level rise in Inverloch, show that we need to be ratcheting up our targets to transition away from fossil fuels as soon as possible” said Anna Langford, Act on Climate campaigner.

The vote comes as the Victorian government prepares to set economy-wide Emissions Reduction Targets for the state.

Friends of the Earth say the litmus test for leadership is whether the government sets science-based targets that keep warming well below 1.5C.

“The increased renewable energy target shows the Andrews government has a plan to cut emissions in the electricity sector in a way that creates climate jobs,” said Act on Climate spokesperson Anna Langford.

“The Andrews government is taking the lead on climate action. This leadership paves the way for them to set strong, science-based emissions reduction targets next year.”