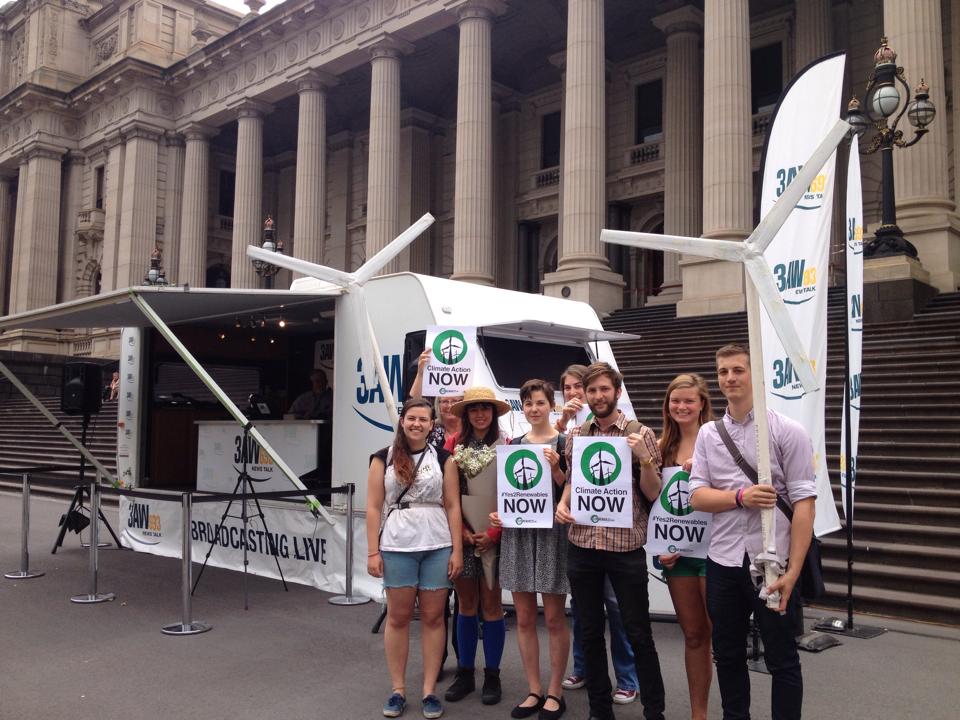 The Abbott government is sabotaging Australia’s renewable energy future. Not content with its savage 20% cut to the national Renewable Energy Target, the government has dictated to the Clean Energy Finance Corporation that it can no longer invest in wind farms and rooftop solar power.

The Abbott government’s attack threatens thousands of jobs, sets up barriers for communities who want to go 100% renewable, and makes it more difficult to tackle global warming.

Friends of the Earth’s Yes 2 Renewables campaign knew this day was coming, which is why we’ve been campaigning for nearly two years for the state government to re-establish a Victorian Renewable Energy Target.

We’re ramping up our campaign to make Victoria a safe-haven for renewable energy. We'd love to see you at our campaign info night in Caulfield to see how you can get involved. Please RSVP below: