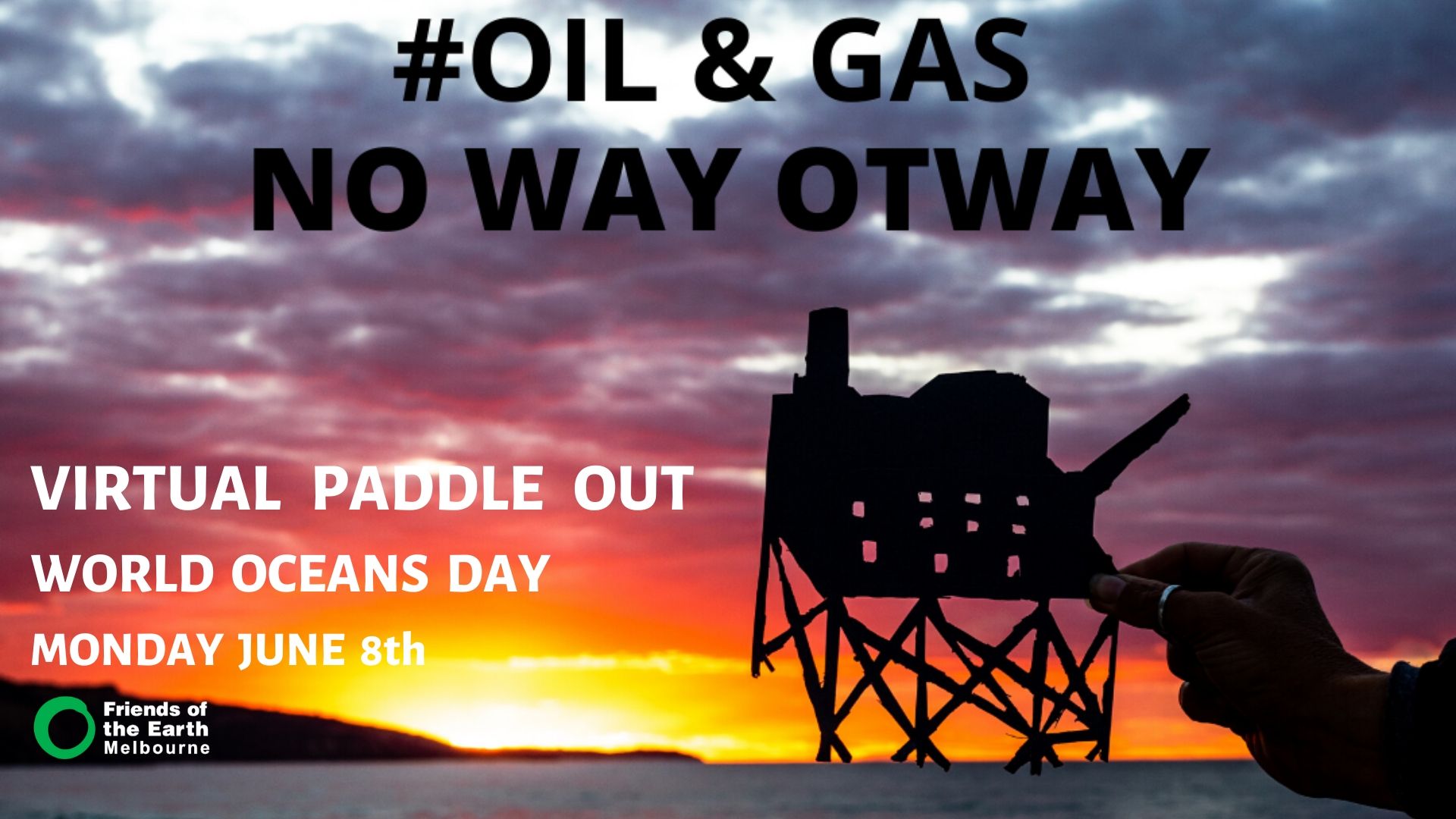 “Calling all surfers, ocean enthusiasts, beach lovers, fisherman and women. We need you to join me and Friends of the Earth for a VIRTUAL #StayInPaddleOut action on June 8th to oppose new offshore oil and gas drilling along the Victorian Coast.

“Currently we may not be able to rally in large numbers at the beach but we can still send a loud and powerful message to the state government of #NONEWGAS”.

Because of COVID-19, the ‘paddleout’ can be done from home – simply through posting an indoor surfing, swimming or paddling image and posting on social media.

“When you’re out in the ocean, you’re connecting with the wild energy of the earth. Watching the abundance of sea life thrive in the pristine waters of the Otway Basin is sacred. I’m appalled at the state governments push to further industrialise our seas. It’s high time we put nature first.”

“As a mother, the idea of opening up 5 new gas and oil exploration blocks to further fossil fuel extraction is unthinkable. Our children will inherit this planet. Gas is not a transition fuel. Drilling for, and burning, gas will only add to global warming and enhance a changing climate. Its undeniable that stopping an emergency is far better than responding to one.“

“The science makes it abundantly clear that tackling climate change requires that most of the world’s fossil fuels be left in the ground, unburned. The time for new fossil fuel developments is over.

“The Victorian government accepts the climate science. It has embarked on an ambitious plan to grow renewable energy. It has launched a massive Solar Homes program and it has permanently banned the process of fracking to access unconventional gas. It has also re-built the Climate Change Act, which commits the state to net zero emissions by 2050.

“Encouraging new onshore and offshore fossil fuel production is completely at odds with the government’s own commitments under the Climate Change Act.

“In New Zealand the government has announced that it will no longer issue permits for offshore oil and gas exploration as part of its commitment to a clean energy future. Like Victoria, New Zealand has pledged to reduce the country's net greenhouse gas emissions to zero by 2050.

“We call on the Victorian government to follow the lead of NZ and ban all new offshore oil and gas exploration or production.”

Details on the Paddleout > https://www.melbournefoe.org.au/stay_in_paddle_out

Further details on our concerns with the tender process here > https://www.melbournefoe.org.au/otway_oil_and_gas