Get nukes out of our Super funds! 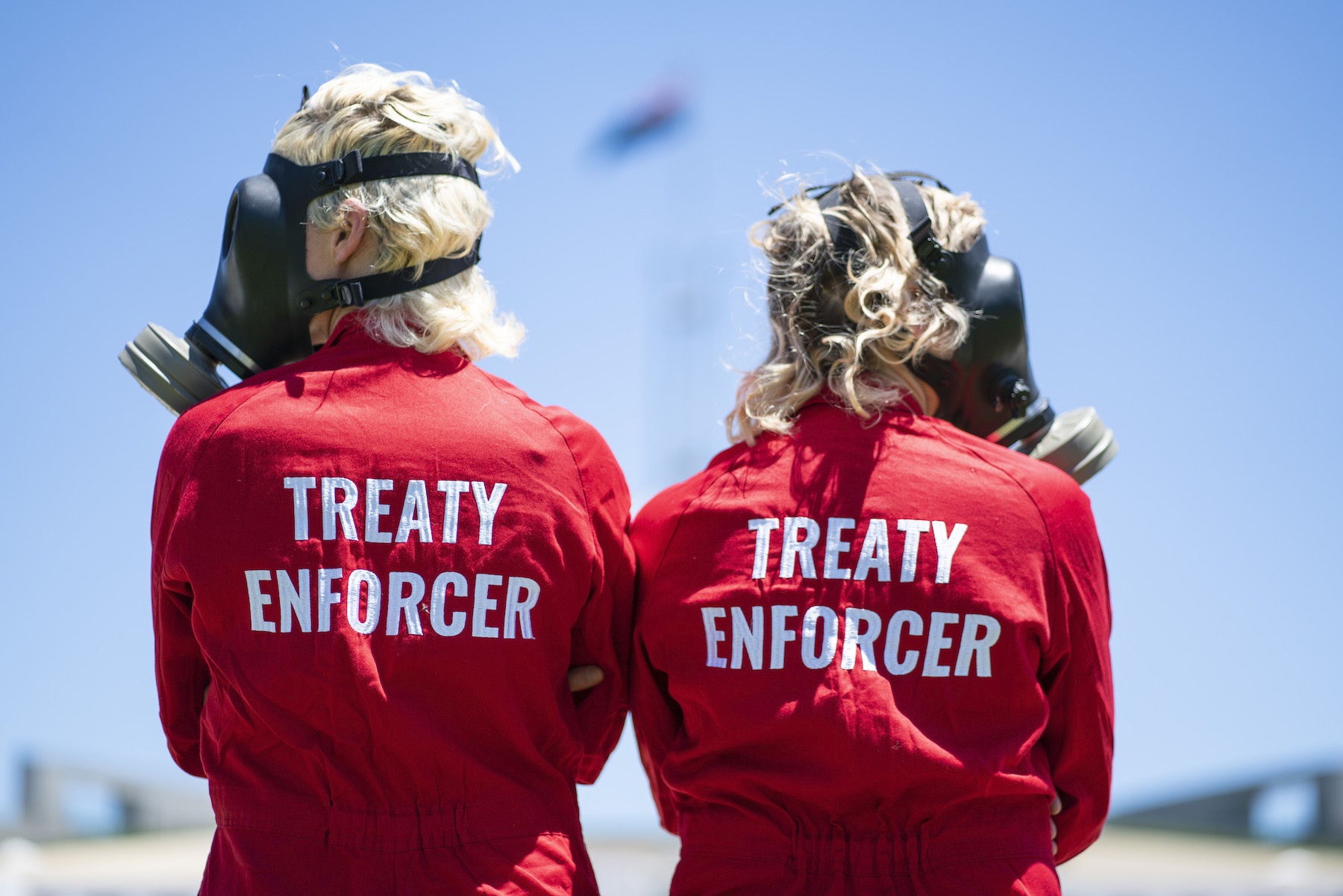 The Nuclear Weapons Ban Treaty comes into force on January 22nd, 2021, and the Treaty Enforcement Squad are in town to make sure Super funds investing in Nuclear Weapons production know they are now in breach of International Law.

Join us to take action for a world free from nuclear weapons!

Contact these funds direct to tell them what you think of investing in illegal, inhuman and indiscriminate weapons - Care Super, CBUS, Uni Super, Future Fund.

If you are a member of any of these funds, consider switching to a Super fund that supports the abolition of nuclear weapons - there is a list here: https://quitnukes.org/honour-roll/

Nuclear weapons are now illegal under International Law, but Australia is following the lead of nuclear armed states and not signed on yet. Support ICAN's push to get our politicians to sign on - check if your local MP has signed the pledge here and make sure your local council has endorsed the ICAN Cities Appeal.

Friends of the Earth Australia is a proud Partner Organisation of the International Campaign to Abolish Nuclear Weapons (ICAN) Coalition.

Nine nations possess some fourteen thousand nuclear weapons. Eighteen hundred of them stand poised and ready to launch within minutes.

The Doomsday Clock is a symbol that represents the likelihood of a man-made global catastrophe. In January 2020, the Bulletin of Atomic Scientist moved the second had to 100 minutes to midnight, the closest it has ever been, due to two simultaneous existential dangers—nuclear war and climate change—that are compounded by a threat multiplier, cyber-enabled information warfare, that undercuts society’s ability to respond.

As illustrated by Covid-19, predicted low frequency catastrophic events do occur. Nuclear war is an accident waiting to happen – be it by human or technical error, extremists, hackers or erratic leadership.

If just 0.5% of the world’s nuclear weapons were to be detonated the subsequent “nuclear winter” would lead to a decade long global famine putting a further 2 billion lives at risk.

We're asking the Australian superannuation industry to divest fully from nuclear weapons, across all portfolios, from companies that produce, or support the production or deployment of, nuclear weapons.

In total, about $15 billion worth of members’ retirement savings are invested in nuclear weapons producers.

Divestment is as simple as screening out just 28 companies.