Recent fires in the Strzelecki Ranges have devastated some of the most important remaining locations of the Strzelecki Koala, Victoria’s most genetically significant koala population.

According to our Strzelecki Koala Map, over one quarter of the most important koala survey sites in the Strzeleckis, were burnt during the March/April 2019 Budgeree/Yinnar South fires. Perhaps hundreds of koalas may have been killed in the fire.

Friends of the Earth is requesting that the State Government list the Strzelecki Koala under the State’s Flora and Fauna Guarantee Act (FFG Act). Current and historical factors have contributed to the precarious position this animal now finds itself in.

Currently, the animal has minimal protection. The Strzelecki/South Gippsland population needs to be managed under a separate management unit, different to koalas elsewhere in Victoria and South Australia that are descendants of translocated "inbred" populations. 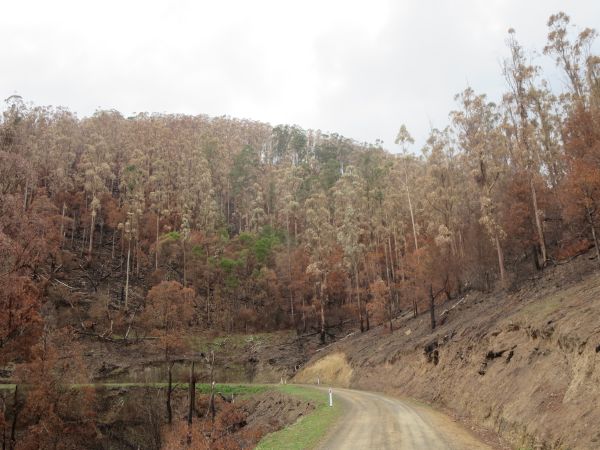