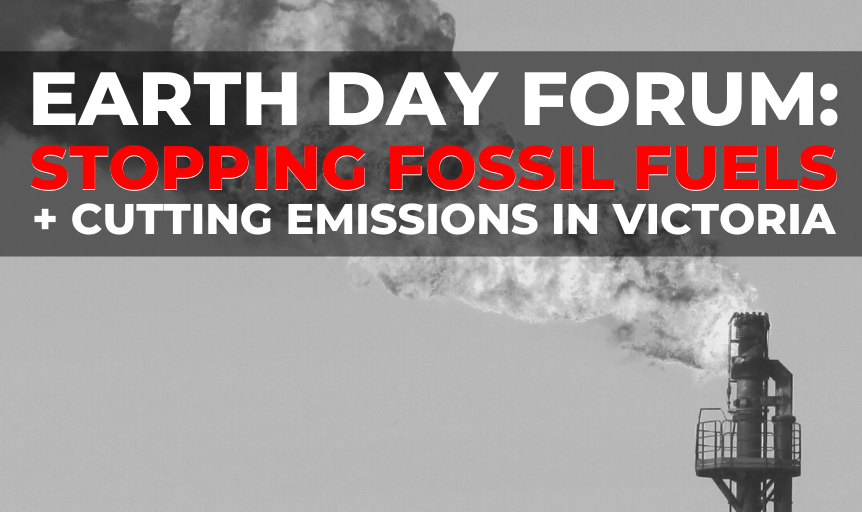 Governments must rule out new fossil fuel projects if we're to have any chance of avoiding catastrophic climate impacts. And that includes fossil gas extraction.

The Andrews government showed leadership when it legislated a permanent ban on fracking and a moratorium protecting farmland and water from onshore gas extraction. Yet in March, the state government announced its shock decision to scrap the moratorium. It has opened the gate to polluting fossil gas developers.

Friends of the Earth Melbourne are pleased to hold a special forum on Earth Day (Wednesday 22 April) to look at the greenhouse gas implications of the government's decision and outline the steps needed to stop new fossil gas projects and lock in deep emissions cuts.

Cam Walker is Friends of the Earth's long-standing campaigns coordinator. Cam received the Premier's Sustainability Award for efforts during the successful community campaign for a permanent ban on fracking.

Anna Langford is a campaigner with FoE's Act on Climate collective. Anna cut her teeth on the Gasfield Free Victoria campaign and is a co-founder of the Act on Climate campaign. Anna has been a leading voice in efforts to secure science-based Emissions Reduction Targets in Victoria.

Mark Ogge is Principal Adviser on climate end energy issues at The Australia Institute, and has worked extensively on gas issues in Victoria and across Australia. He was previously a Director at Beyond Zero Emissions.

Please RSVP secure your spot and receive information for how to join us on the day.