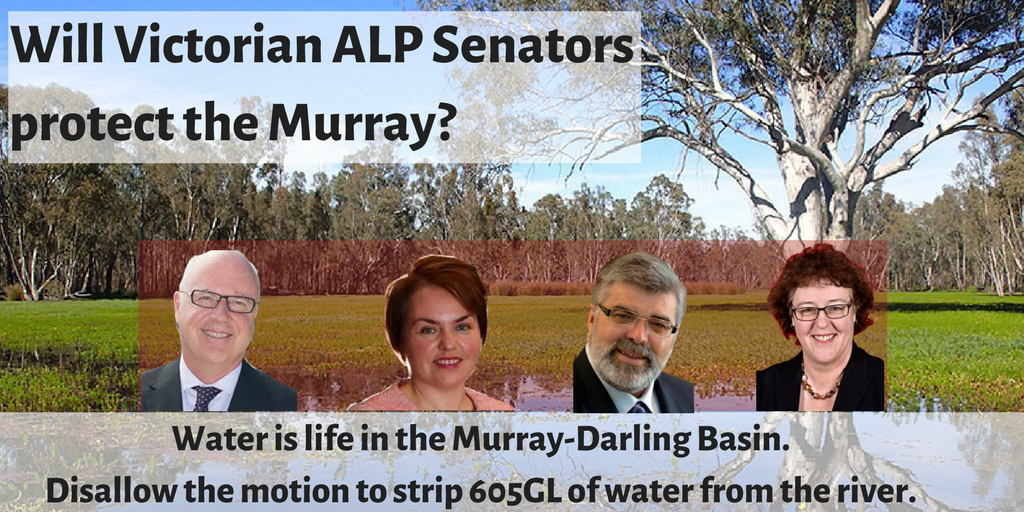 The Minister for Water David Littleproud and the Federal Government want to slash 605 billion litres of water from the forests and wetlands of the Murray Darling Basin.

So far the Murray Darling Basin Plan has cost $8 billion but the river is in the worst health it has ever been. Now is the time to fix the Basin Plan, crack down on water thieves and restore the river to health.

Communities depend on the river for drinking, practicing culture and recreation but cutting that much water could have disastrous consequences. We need a flourishing Murray-Darling to survive!

We need the ALP to get behind the motion to block this cut in the Senate before its too late for the Murray Darling Basin.

Tell Victorian ALP Senators not to gamble with the health of the Murray!