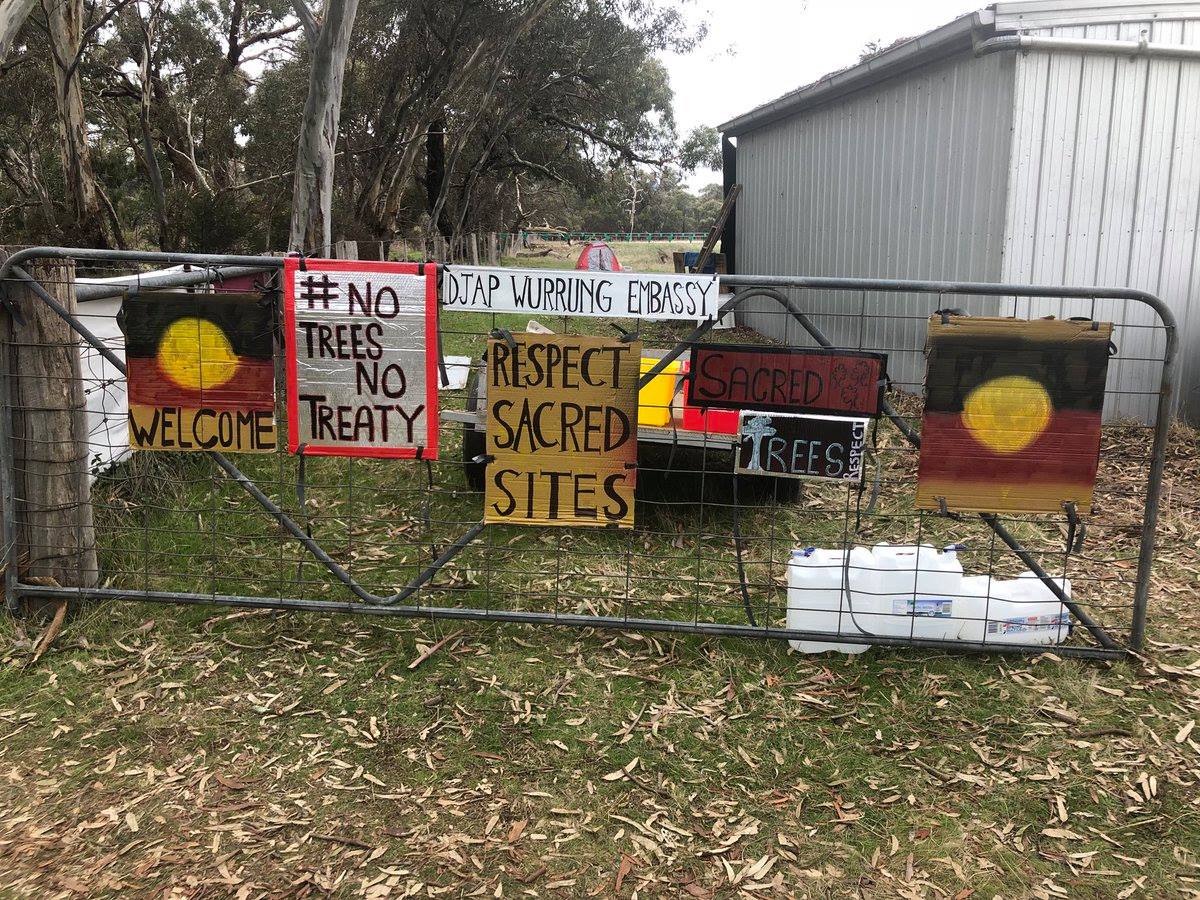 Friends of the Earth is calling on the Victorian State Government to stop works immediately on the Western Highway expansion project, that if progressed will cause irreparable damage to aboriginal cultural sites.

Traditional Custodians have been camped at the Djap Wurrung Heritage Protection Embassy for many, many months; calling on the Victorian State Government to reconsider the proposed route.

Over 260 trees were initially flagged to be bulldozed in preparation for the $42 million Western Highway project.

An announcement in February of an alteration to the route between Buangor and Ararat, whilst recognising the significance of some of the trees, does not take into consideration the rich cultural landscape of the area.

Friends of the Earth object to the heavy-handed police presence currently on site. Meeting peaceful protest with riot police is unacceptable and shameful. This is not how a progressive government should be treating aboriginal people and their supporters, who are committed to protecting natural sites of immense cultural significance.

Friends of the Earth call on the Victorian State Government to stop works immediately, remove police from site, and begin a full review of the project.

Make your voice heard and send an email to the Premier