What we do and why – Strzelecki Koala Surveys

The Strzelecki Koala Action Team (SKAT) was formed in 2013. It has worked sporadically in the Strzelecki’s since its inception. The Strzeleckis are located about 2 hours south east of Melbourne.

SKAT's current goal: To map the Strzelecki/South Gippsland bioregion and determine which areas in the region are of the greatest significance in terms of koala numbers. To do this we need to raise $30,000.

Once the surveys are completed work can then be done with government authorities in better managing areas of higher koala significance and pressure land managers to alter land use practices which threaten these populations. The biggest threats to koalas include: logging, fire, dogs and cars. SKAT is also interested in getting better road signage on local roads, alerting drivers that they are entering significant koala areas.

SKAT works in close conjunction with local group Friends of Gippsland Bush (FoGB).  FoE and FOGB have worked together in the Strzelecki’s since the mid 1990’s. After a 20 year struggle we succeeded in getting the first portion 2400ha of the 8000ha Brataualung Forest Reserve formally protected in July 2018. The final 8000ha should be reserved by 2027. 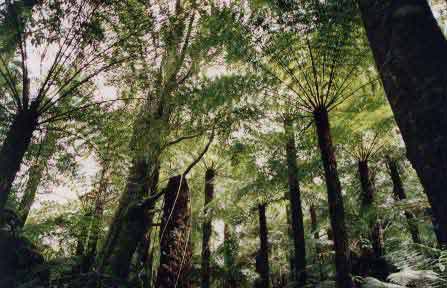 SKAT was formed to continue koala surveys that were initiated between November 2013 – May 2014 by the NSW Office of Environment & Heritage (NSWOEH). During this period NSWOEH conducted 141 site surveys using the Regularised Grid-based Spot Assessment Technique (RG-bSAT) sampling at 250m-500m intervals. The RG-bSAT methodology means that people sample groups of 30 trees (as determined by GPS and topographical maps) for koala skats, identifing the trees and entering results into a database. Each site takes 1-4 hours to complete, depending on its size and difficulty of the terrain. Once the surveys are completed they are added to the database and from analysis it is possible to determine significant areas and preferred tree species.

After the NSWOEH surveys, FoE/FoGB continued the surveys, finishing 156 additional sites by September 2016. Hancock Victorian Plantations were also involved in using this methodology to conduct their own surveys. South Gippsland Landcare Network also paid for 51 more surveys in 2016. The results of this research were completed in a final report “HABITAT UTILISATION BY KOALAS IN THE GIPPSLAND REGION” September 2016 by Biolink Ecological Consultants. The final results of this work have resulted in getting a list of preferred feed trees, and an approximate koala density/population size. Approximately 10,500 hectares of land was covered in these surveys. The three most preferred trees for the Strzelecki Koala include: Mountain Grey Gum, Blue Gum and Strzelecki Gum. 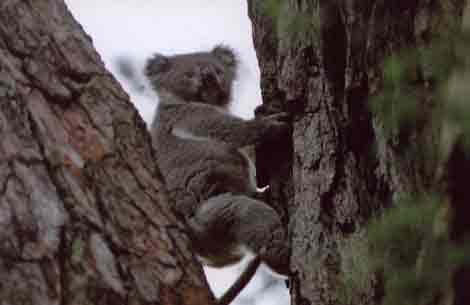 SKAT want to use a newly developed, quicker methodology to survey for koala scats. The new system called “Rapid-SAT”, will allow SKAT to determine koala occupancy status of habitat by focusing survey effort on a limited number of tree species (Designated Target Species), rather than an unlimited amount of tree species.  One of the obvious advantages of the Rapid-SAT approach is that it can be deployed along secondary roads and tracks that traverse forested areas and which do not have a high traffic volume. 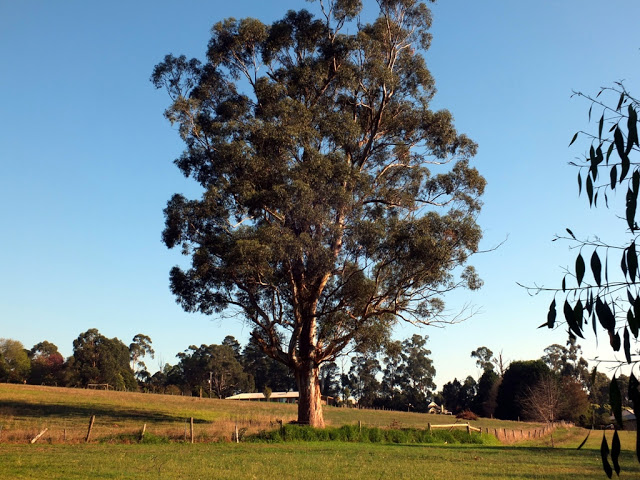 Strzelecki Gum (E.strzeleckii). For the first time this species is known as a Preferred koala feed tree. Prior to SKAT’s surveys, its significance to koalas was largely unknown. Up until the 1990’s Strzelecki Gum was also known as Swamp Gum (E.ovata). See here for more details

Donations are sorely needed. Each day conducting surveys costs around $200. Your donation can help us find new koala populations.