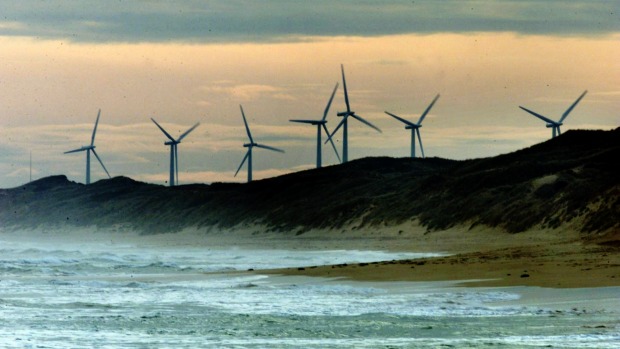 Environmental organisation Friends of the Earth has welcomed the release of the Independent Review of the Victorian Climate Change Act 2010.

Friends of the Earth campaigns coordinator Cam Walker says the review has uncovered big gaps in the existing Act.

“The independent review shows the Climate Act lacks the powers to drive emissions reductions in Victoria. And there’s no mechanism requiring ministers to consider the impacts of climate change on their portfolios,” said Cam Walker of Friends of the Earth.

Friends of the Earth says it was the Baillieu government that neutered the Climate Act while they were in power. The organisation says the independent review creates the opportunity for the Andrews government to strengthen the legislation and make Victoria a leader on climate action.

“We need to remember that it was the Coalition who gutted the CCA 2010 when they were in power. It is imperative that they support a re-write of the Act to strengthen its powers” said Cam Walker.

“In the 21st century, action on climate change is far too important to fall prey to party politics. We urge the Coalition to actively support a radical strengthening of the Act.”

“It is essential that the amended Act outlast the existing government. This requires support from the Coalition. We cannot afford to lose more time on climate change.”

Friends of the Earth endorse the findings of the independent review:

“We support many of the 33 recommendations, including the proposal to reintroduce mitigation targets in the Act.”

“The emissions target will need to consistent with current climate science and agreements made at the Paris climate negotiations to pursue efforts to hold warming to 1.5oC. It is essential that the government reinstate the EPA’s powers to regulate greenhouse gas emissions.”

“It is essential that climate change considerations be embedded in all government decision making. The review recognises the need to have a whole of government response to both mitigation and adaptation, consider the economic costs of climate change, and plan for natural disasters by considering the influence of climate change on these events.”

“The government must now respond to the review. We look forward to them moving forward with a major re-write of the Act to create a world class climate change act.”

“The government has a range of imminent decisions it must take on climate related issues. This includes the Inquiry into Unconventional Gas and processes around approvals of brown coal resources. No government that takes climate change seriously can approve any further fossil fuel development. The time has come to clean up our energy supply, encouraging the uptake of renewables and transitioning away from our current reliance on brown coal.”

The Review is available here.

Please contact us for a detailed response to the 33 recommendations.