Posted by Teish Stickley on

After a year like no other where Victorians faced catastrophic bushfires over summer and then stared down the outbreak of Covid-19, how can we build back better as the post-Covid economic recovery gets underway?

The Andrews Labor government has made waves recently in the leadup to the November 24 budget, announcing a hugely ambitious package that will see billions of dollars spent delivering home energy efficiency upgrades, accelerating rooftop solar and batteries, beginning construction on stage one of the Suburban Rail Loop and building new, energy efficient public housing stock. These are all very welcome announcements that will have a positive impact on people’s living standards, and create jobs while reducing greenhouse gas emissions. These are exactly the kinds of announcements we need to see more of if we’re going to have a chance of acting on the climate crisis.

As momentum builds towards more climate change solutions, Friends of the Earth Melbourne's Yes 2 Renewables collective is putting the spotlight on five of the top clean energy projects for a renewables-led recovery in Victoria.

Building renewable energy delivers significant economic benefits by creating regional jobs, generating a new source of community income, and delivering more affordable electricity. Alongside the economic benefits, building wind and solar enables us to move away from reliance on polluting fossil fuels, reducing greenhouse gas emissions, and giving us a fighting chance of getting the climate crisis under control.

So, what are some of the key clean energy projects for a renewables led-recovery in Victoria? Here’s Yes2Renewables’ top five: 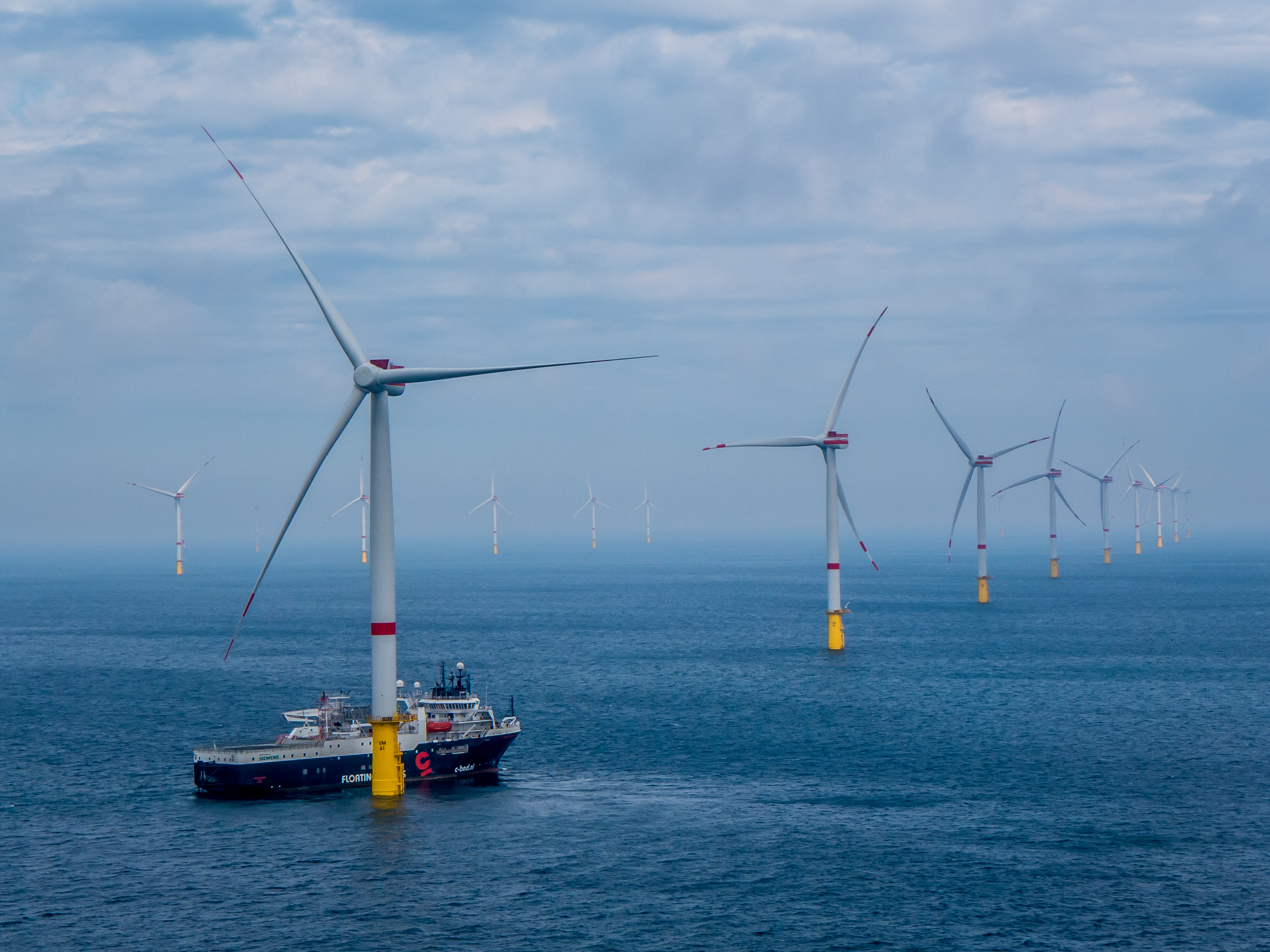 The Star of the South Offshore Wind Farm

An Australia first, this offshore wind proposal marks an exciting beginning for a whole new industry.  With approximately 250 turbines stretched over 10-25km in Bass Strait east of Yarram in Gippsland South, its predicted the Star of the South will be capable of generating a whopping 2,000 megawatts of electricity, and has the potential to supply up to 20% of Victoria’s electricity needs. Critically, producing this much renewable energy is predicted to avoid up to 10.5 million tonnes of CO2 emissions annually.

During this important moment of economic recovery, the Star of the South is set to provide 8000 direct and indirect jobs in Victoria over its 30-year lifespan. Modelling also shows that the project would deliver an estimated $4.9 billion of investment directly into Gippsland’s regional economy.

The prospect of establishing a new offshore wind industry that can complement the existing onshore wind and solar sectors is too important to ignore. If it’s going to become a reality, it’s critical that Energy Minister Angus Taylor delivers national offshore clean energy legislation to pave the way for the Star of the South and other offshore wind proposals.

Given the project’s proximity to the Latrobe Valley, home to the state’s ageing coal fired generators, the Star of the South presents a real opportunity to create a transition pathway for workers exiting the coal, oil and gas sectors.

Will the Andrews government take the chance to become the national leader in offshore wind? If Victoria is going to maximise the benefits of projects like the Star of the South, the state will need an offshore wind strategy that prioritises local jobs and training, domestic manufacturing, coordinates transmission and ports upgrades and ensures the community has a say in the future of this sector. 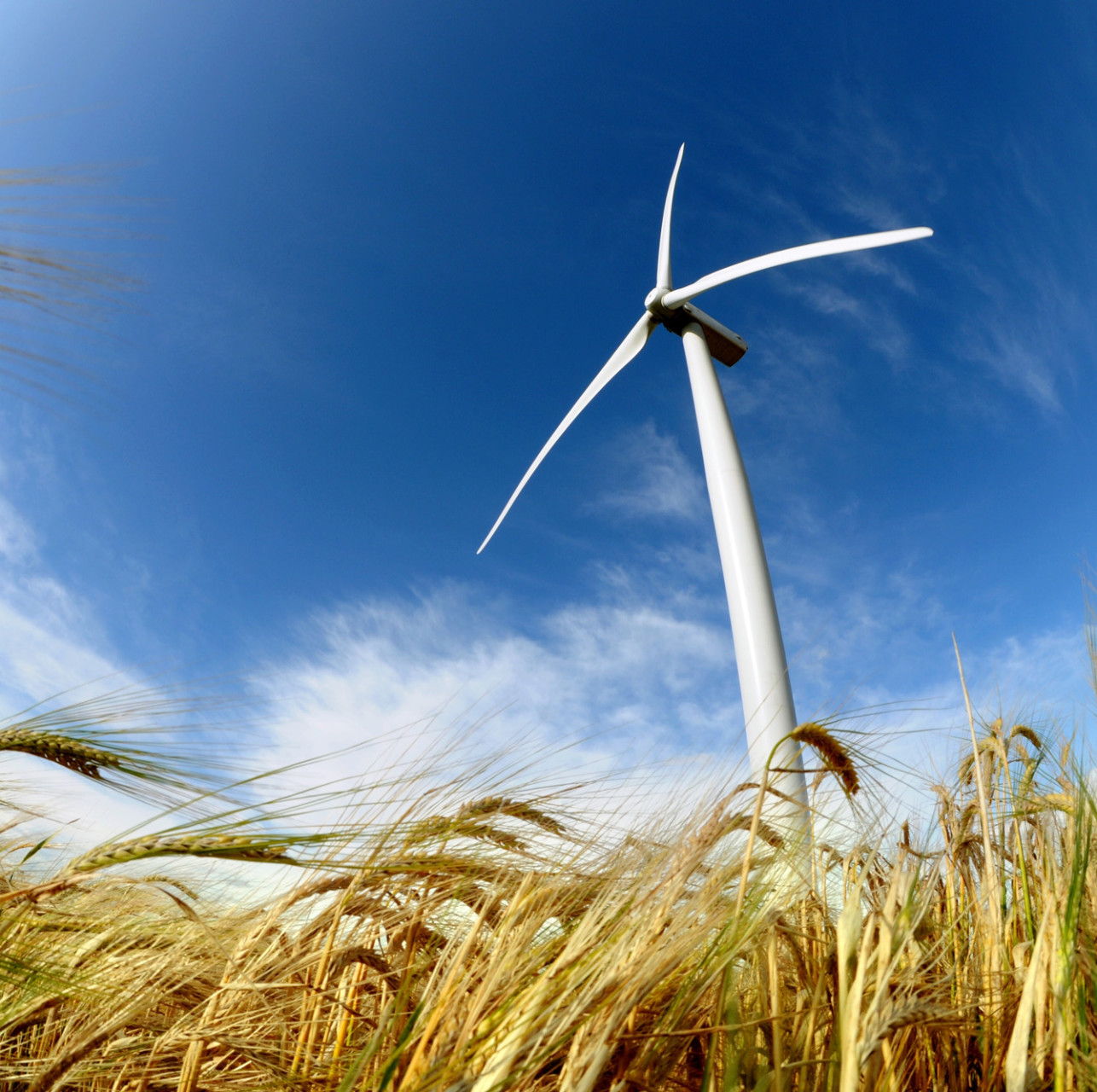 The Golden Plains wind farm is another significant renewable energy project on the table that could play a key role in economic recovery efforts. The onshore wind farm, located in Rokewood – 60km north west of Geelong, a large group of 48 landowners will host the project’s 228 wind turbines on agricultural land. The development is predicted to generate over 3500GWh per annum, enough to power over 500,000 Victorian homes. As we know, building new renewable energy supply puts downward pressure on wholesale electricity prices, so projects like Golden Plains have an important role in delivering cheaper power. It’s estimated the project will avod more than 3.5 million tonnes of CO2 from being emitted into the atmosphere each year.

Once operational, the Golden Plains wind farm will create a community fund to provide annual financial support of up to $228,000 annually to various community-based initiatives and events. The fund will target a range of community needs including health and social welfare, safety, education and youth, sport, arts and economic development.

Its location at Rokewood means the project is well suited to deliver electricity to the Victoria’s upcoming Big Battery, which will be built north of Geelong.

Not to mention, the myriad of construction and surrounding jobs that accompany the supply chain of the wind farm development.

Totally Renewable Yackandandah is a 100% volunteer run community group, formed in 2014, in a small town located in Victoria’s north east. Totally Renewable’s driving force is to power this small Victorian town with 100% renewable energy and achieve power sovereignty by 2022.

The group has a comprehensive 5-stage road map that guides local energy generation and sharing capabilities amongst the town. This encompasses solar and storage installations at residential and community properties, a mini grid to connect it all and a community energy retailer to facilitate the trading and sharing of energy. Such local energy generation has encouraged the launch of the community energy retailer, Indigo Power, for buying and selling the local clean energy.

Totally Renewable Yackandandah a prime example of the community taking renewable energy and climate action into their own hands. It is not only providing a clean, local energy source to hundreds of homes, but also provides a source of revenue for community members. The approach by Totally Renewable Yackandandah is an excellent illustration of a thriving community-owned clean energy project that boosts community growth, investment whilst reducing emissions. 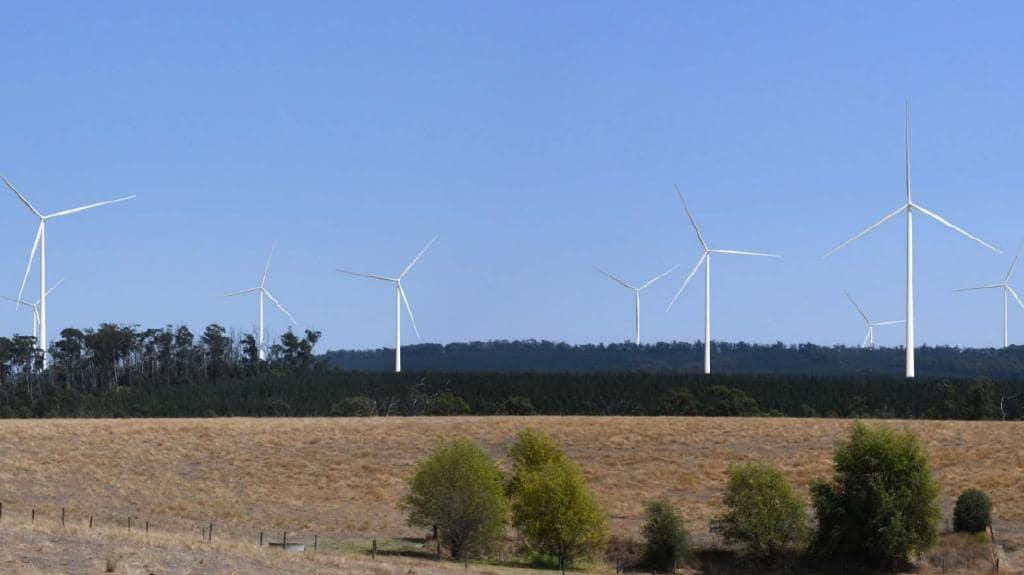 Delburn, Latrobe Valley’s first wind farm, is driving the transition to renewable energy in the coal-hub centre of the state. The Delburn wind farm is proposed for construction amongst the HPV Plantations, with just 33 turbines after significant community consultation. Anticipated to generate 5.2MW of clean energy, this is enough to power 125,000 homes in the region and cut 590,000 tonnes of CO2 emissions per annum.

Not only would it be project unique is the innovative Community Benefits Scheme it encompasses. Namely, the Neighbour Profit Sharing: delivering approx. $500,000 p/a directly to the neighbourhood area, the Community Development Fund: offering approx. $150,000 p/a, and Community Co-investment: providing the opportunity for the community to invest in the project. This community driven approach is arguably best practise for renewables projects in leading the way out of an economic lull. Delburn’s investment in the Latrobe Valley comes at a crucial moment where the aging coal stations are no longer a secure form of energy moving forward. A renewable project like Delburn have an unprecedented ability to equip the Latrobe Valley with new renewables jobs and revenue during the uncertain landscape Covid has left behind. 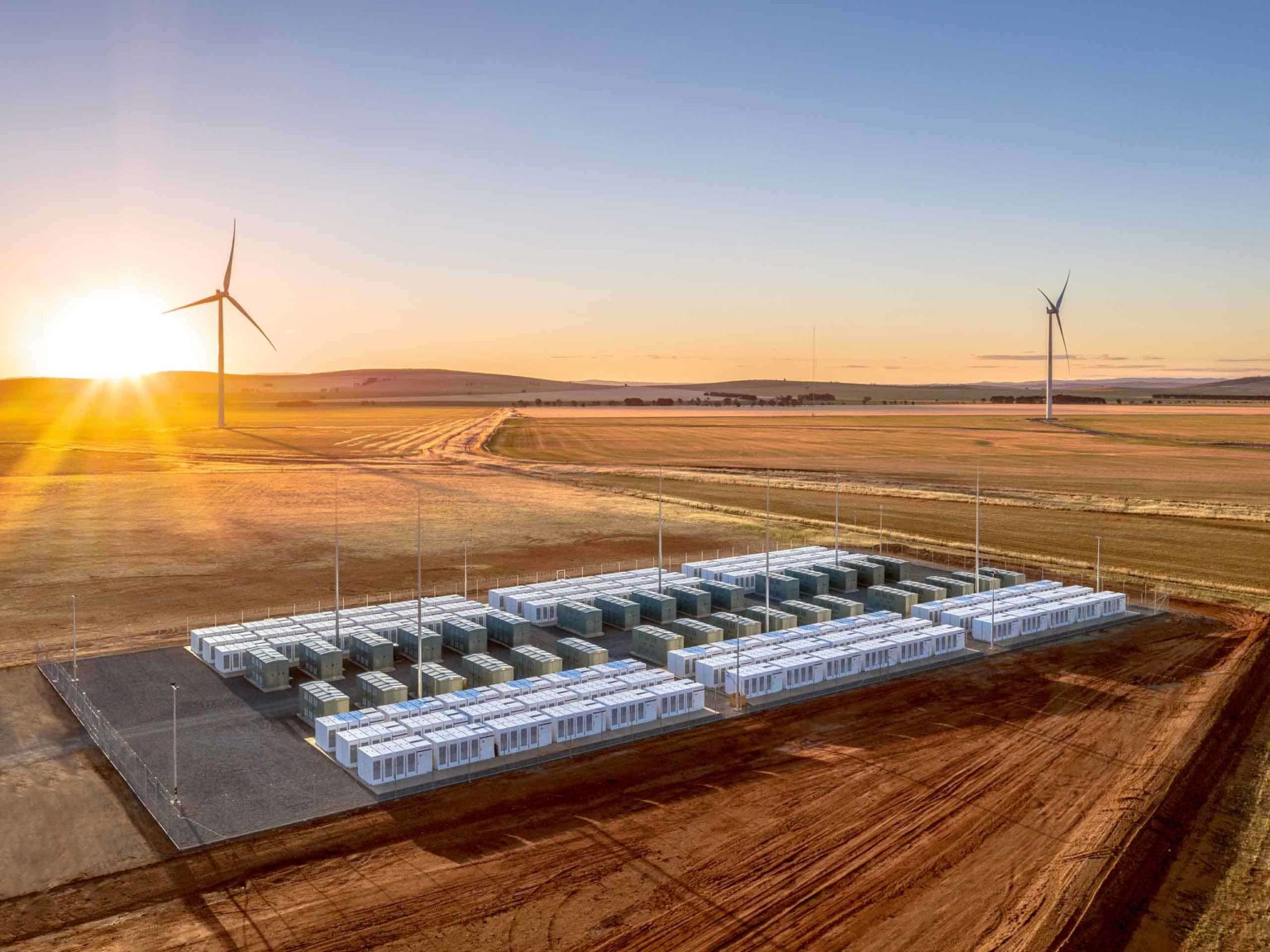 Last, but certainly not least, is of course the recently announced Victorian Big Battery. Forecasted to be one of the world’s largest lithium-ion batteries, this project will be built in Victoria, north of Geelong, as a state backed initiative to bolster the reliability of the grid. Developed by energy giant Neoen, the battery will have a 300 megawatt capacity – a massive three times the initial size of the Tesla battery in South Australia.

The battery will protect our energy network by capturing and storing excess power created during times when conditions for renewable energy are more favourable, then release it when it’s needed during peak periods. This is an absolute must during the hot Aussie summers where black outs pose an imminent health risk to our most vulnerable.

Further, the Big Battery will drive down energy prices as coal-fire power stations slowly expire, as a clean and cheap source of electricity. The project is set to create 85 construction jobs in the regional area, and several more indirect and ongoing roles. These clean energy jobs are a necessity in the local economy which has been bit hard by the force of Covid-19.

The pandemic has knocked us all at various velocity, but particularly our regional communities that experience business closure and financial strife. Renewable projects have a tremendous ability to inject stimulus, jobs and growth into our post-Covid economy. Not only are they significant agents of climate action, but pose a holistic solution to nurturing our economy into recovery from a global pandemic. More than ever, this begs the urgency of a renewables-led recovery from the wake of Covid-19.