Protect our Progress on Gasfields & Renewables 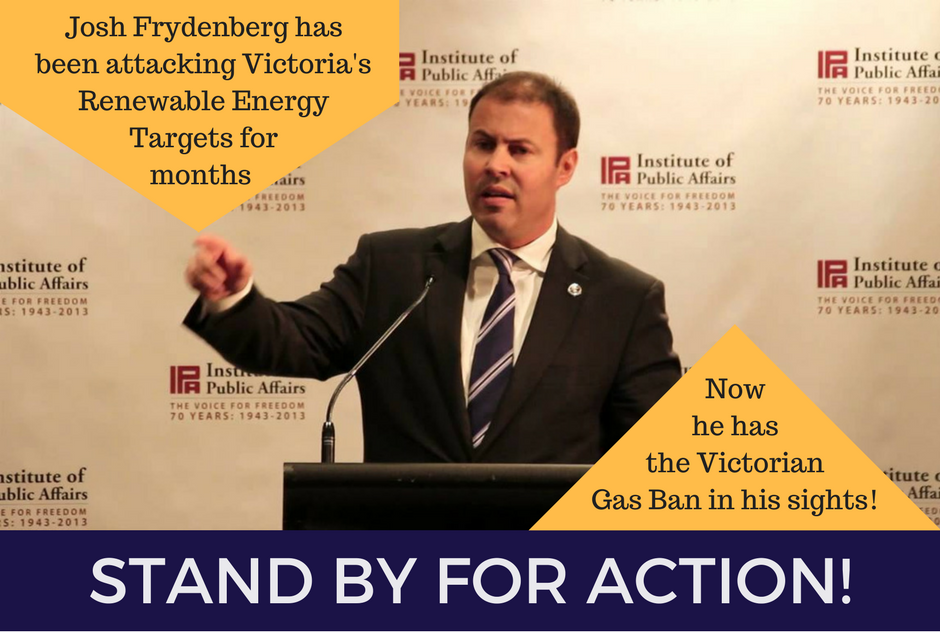 Since 2011, Friends of the Earth's Coal & Gasfield Free Vic campaign has worked with communities across Victoria to protect farmland and water from risky onshore gasfields.

A total of 75 communities undertook an in-depth community-wide survey around the question of whether that community wanted to declare themselves ‘coal and gasfield-free’. This groundswell saw both the Victorian Labor government and Liberal/National party opposition supported the passage of legislation to enshrine in law a permanent ban on unconventional gas exploration and extraction.

Over this time we played a key role building consensus around the need for state government policies to grow renewable energy.

WILL YOU HELP DEFEND THIS PROGRESS FROM A NEW THREAT?

Federal Energy and Environment Minister Josh Frydenberg has been attacking the Victorian Renewable Energy Target for month and now he's escalating his call to rip up Victoria's nation-leading gas ban.

We've fought side-by-side with communities for too long to get this far. We're fired up to defend these key policies. Sign up below for action alerts and help us respond to developments.