Please add your voice to our call for the Andrews government to set ambitious targets that match those of other states and territories: 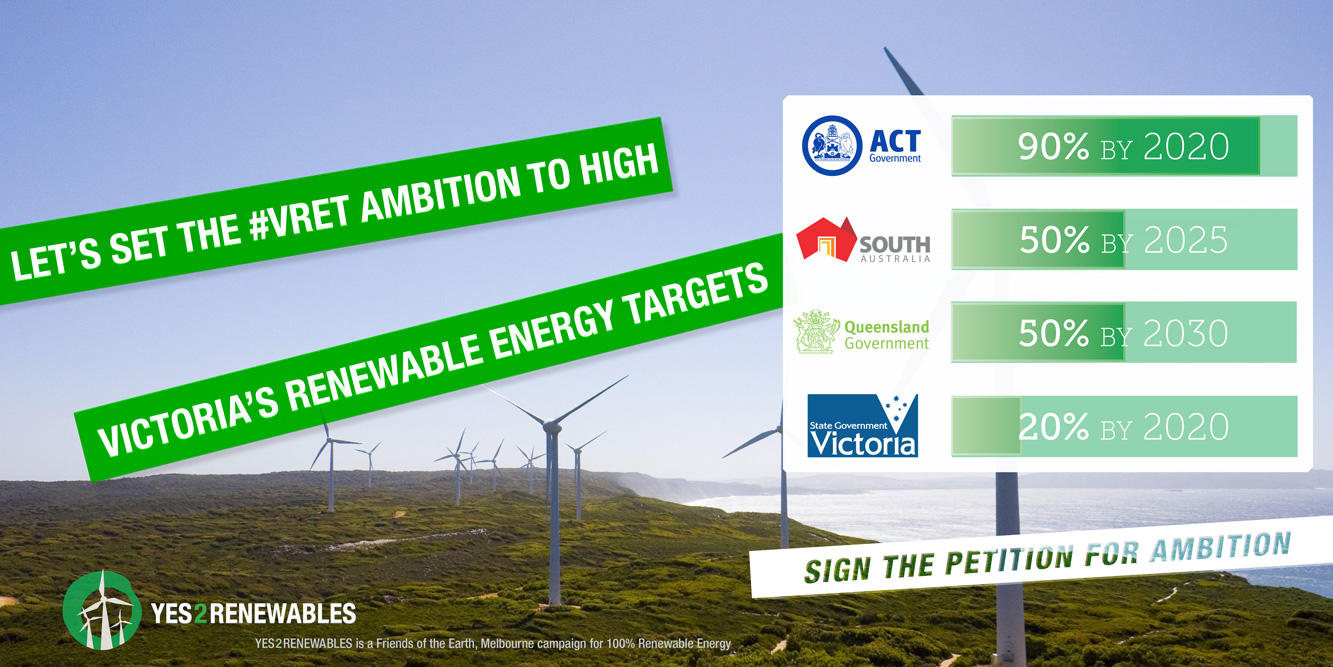 Victoria emerged as a national leader in renewable energy in the 2000s.

The combination of a rich wind resource, manufacturing capacity, and, most importantly, the Victorian Renewable Energy Target implemented by the Bracks government in 2006 propelled Victoria to the front of the pack.

The Federal government sabotaged Australia's renewable energy sector. Its attack on the national Renewable Energy Target resulted in a 90 per cent decrease in investment and over 2,500 people losing their jobs. The decision to slash the national target by 20% means less renewable energy will be built by the decade's end.

The Andrews government can play a part in righting this wrong.

An ambitious VRET will be an act of policy leadership that acknowledges the strong community support for a renewable-energy-powered future. It will create thousands of jobs in our state, unleash billions worth of investment, and put us on a footing to tackle climate change.

A Renewable Energy Action Plan that delivers for Victoria will encourage the increased use of local content in large-scale renewable energy projects and ensure all regions see benefits from the transition to renewables.