EMAIL THE PM: Step In For Offshore Wind 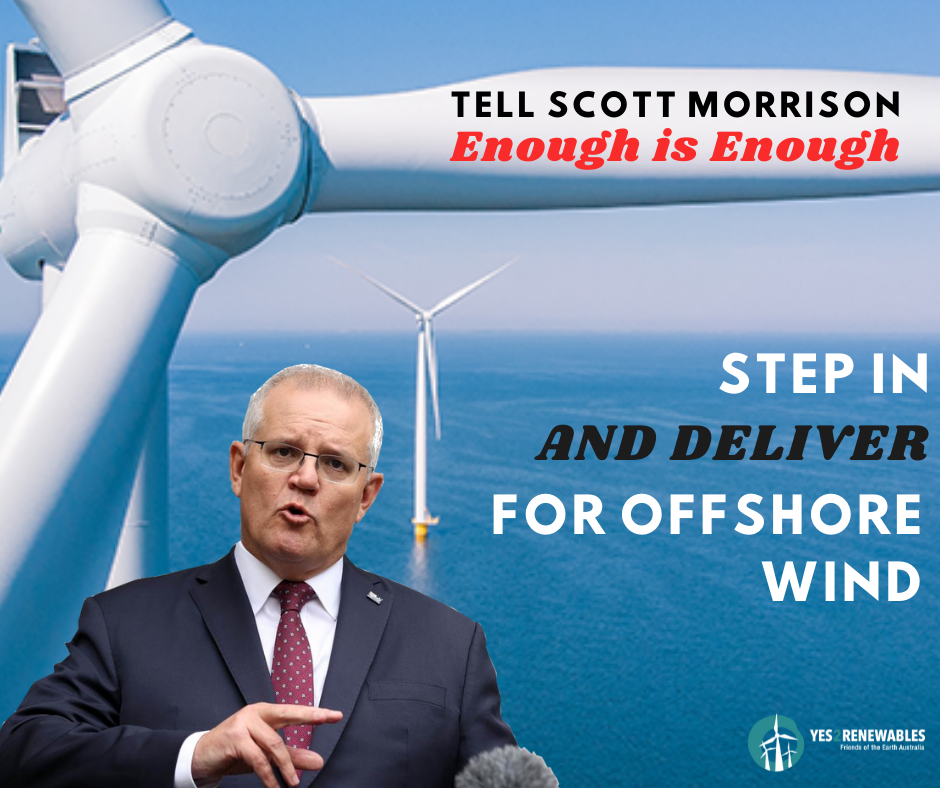 As the threat of climate change worsens, Australia has the opportunity to kickstart an offshore wind sector to massively reduce greenhouse gas emissions and create thousands of jobs.

There are now at least twelve offshore wind proposals around the country, but only one thing standing in the way:

In the US the new Biden administration has set an ambitious goal of building a massive 30 gigawatts of offshore wind by 2030, enough to power 10 million homes, create 135,000 jobs and avoid 78 million tonnes of greenhouse gas emissions.

Other countries are racing ahead, but Australia is stuck in the wake with no plan to build offshore wind.

Every day Taylor drags his feet on national offshore wind laws is a wasted opportunity to create thousands of jobs cutting emissions. Enough is enough.

It’s time for the PM Scott Morrison to step in and fix Angus Taylor’s failures by bringing on a robust, fit-for-purpose offshore wind framework as a matter of urgency.

Join us and tell the PM to deliver for offshore wind when Parliament returns.