Offshore Wind and Star Of The South 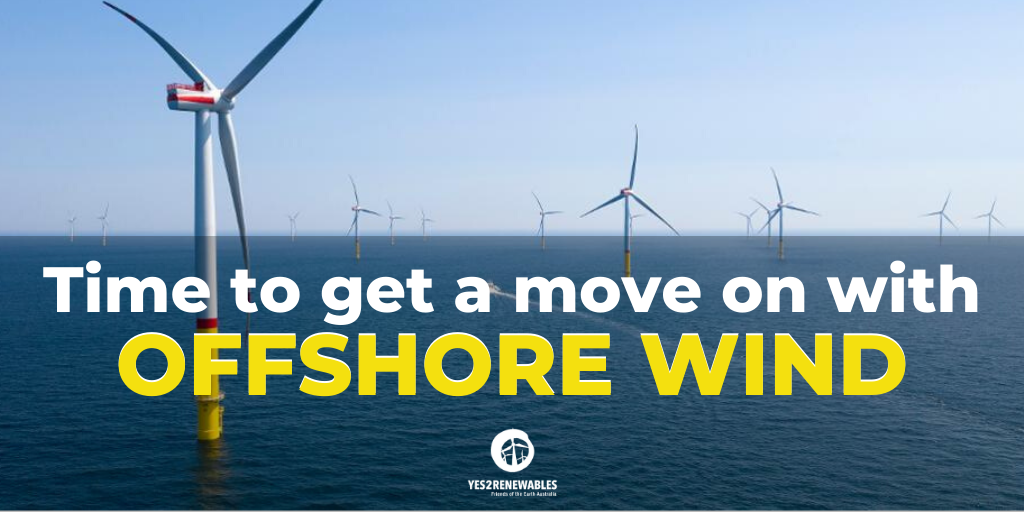 Victoria could soon be home to the country's first offshore wind farm, the landmark Star of the South project proposed proposed for Gippsland South, east of Yarram.

If it goes ahead the Star of the South would be a game changer for action on climate change. It has potential to generate as much as 2.2 Gigawatts of electricity, power 1.2 million homes, representing around 18% of the state's electricity demand.

Building the Star of the South would create a long pipeline of new jobs, and is expected to create 2,000 direct construction jobs, as many as 10,000 indirect jobs during construction and 300 ongoing. It is planned to connect into the Latrobe Valley, which has long been home to the state's aging coal fired power stations and people. This represents an opportunity to create good climate jobs for workers exiting the coal, oil and gas sectors, and community excitement is building.

Despite the significant opportunities, offshore wind continues to face barriers and delays from the federal Coalition.

After the project was first proposed in 2017, Friends of the Earth successfully campaigned to secure the initial exploration license for the Star of the South alongside the Maritime Union of Australia, which represents dock workers, stevedores and workers in the offshore oil and gas sector.

But Australia still has no national offshore wind laws to pave the way for game changing projects like Star of the South, or any policy at the state or federal level whatsoever to guide development of the industry.

Without a proper legal framework there is no way to approve the Star of the South or any future projects, a key barrier to getting offshore wind off the ground.

In February 2020, consultation quietly began on a draft legal framework for the industry. This is a chance to get offshore wind policy right, and support the creation of good jobs in climate action.

Read Friends of the Earth's submission on the national framework for offshore wind here to learn more about what offshore wind laws need to look like.

We need a plan for offshore wind that reflects the huge opportunity offshore wind represents for action on climate change, jobs and a transition away from fossil fuels that delivers justice for workers and communities.

Friends of the Earth's Yes 2 Renewables Collective is continuing to fight for offshore wind and climate jobs alongside regional communities and allies in the union movement.

Here's how you can get involved and support the campaign to get a move on with offshore wind:

1. Sign the petition to get a move on with offshore wind, and invite friends and family to do the same.

2. Take a selfie calling on Angus Taylor to get a move on with offshore wind laws, and pave the way for #StarOfTheSouth and thousands of climate jobs. Share on facebook and twitter, and tag @AngusTaylorMP and @Yes2Renewables

3. Become an Active Friend of Yes 2 Renewables to support the campaign for offshore wind.

4. Join us at one of our regular Yes 2 Renewables collective meetings every Tuesday night at 6PM.  For details, get in touch by contacting Y2R Coordinator Pat Simons: [email protected]