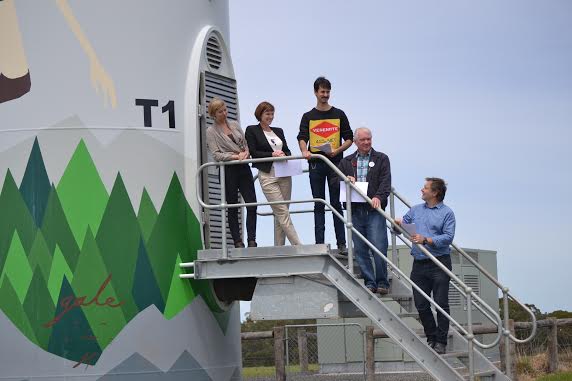 Friends of the Earth have launched a report on the views voters in the hotly-contested seat of Macedon hold on the government's anti-wind farm laws just weeks from the November 29 state election.

The report was launched at the Hepburn Wind, an operating community-owned wind farm in the west of the electorate.

“The government introduced the world's worst anti-wind farm laws without any community consultation. If the government won't consult with Victorians, then communities will," said Leigh Ewbank, Friends of the Earth's renewable energy spokesperson.

The community survey found a strong preference for renewable energy and an appetite to dump the government's anti-wind farm laws.

Anti-wind farm laws introduced in 2011 by the Bailleu government imposed a blanket ban on wind famrs across the Macedon ranges.

The arbitrary nature of blanket ban allows a community wind farm to operate in Daylesford, while projects of a similar scale are banned just 40 kilometers away in Woodend.

“In 2011 we started generating and received the Premiers Award for Sustainability, then just months later, we saw other community wind farm projects around the state effectively stalled by the same state government without any community consultation."

Alastair Fleming of the Macedon Ranges Sustainability Group said “there’s the extraordinary contradiction in the seat of Macedon.”

“Australia’s first community-owned wind farm thrives near Daylesford but the arbitrary ‘no go zones’ created by Ted Baillieu and endorsed by Premier Napthine have killed off our community wind farm proposal for Woodend,”

Renewable energy and the anti-wind farms laws are a mainstream issue in the seat of Macedon.

"The Labor party has vowed to "rip up" the anti-wind flam laws. The Victorian Greens support restoring fair laws for wind farms. Voters want to know where the Liberal Party stands.”

Liberal candidate for Macedon Donna Petrovich has previously expressed support for exempting community projects from the restrictions on wind farms, though there's some scepticism in the community about her pledge.

"Ms Petrovich has an opportunity to reiterate her support for community wind farms and reassure voters who want a good outcome for renewable energy," added Leigh Ewbank.