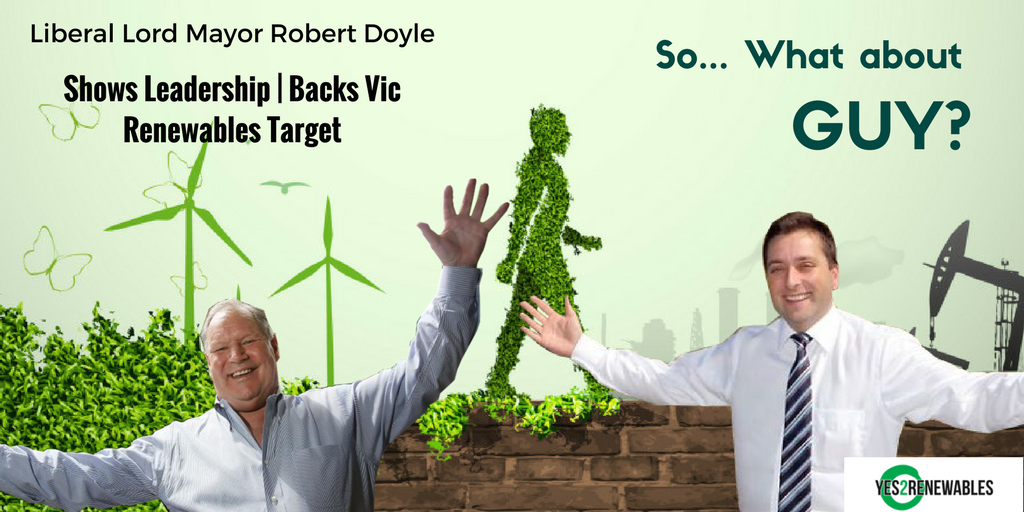 WIN! It's not only us whose excited about the Victorian Renewable Energy Target.

The Melbourne City Council led by Liberal Lord Mayor Robert Doyle has voted unanimously to back the Victorian Renewable Energy Targets, encouraging the Andrews government to bring legislation before parliament.

It's a welcome sign of leadership that shows all parties can support jobs and investment in wind and solar.

If the former head of the Victorian Liberal party can show leadership by backing the VRET, why not current opposition leader Matthew Guy?

It appears the Matthew Guy opposition is taking orders from the flailing Turnbull government with their misguided pledge to axe the VRET. This is despite a whole 72% of Coalition voters supporting an increase to their state's renewable energy targets.

Will you send a message to opposition leader Matthew Guy and David Southwick to follow the Lord Mayor's lead?

With legislation to enshrine the VRET expected to appear in state parliament in the coming weeks, it's essential the opposition get the message their current stance is untenable.

TAKE ACTION NOW and send a message to the Victorian opposition today.