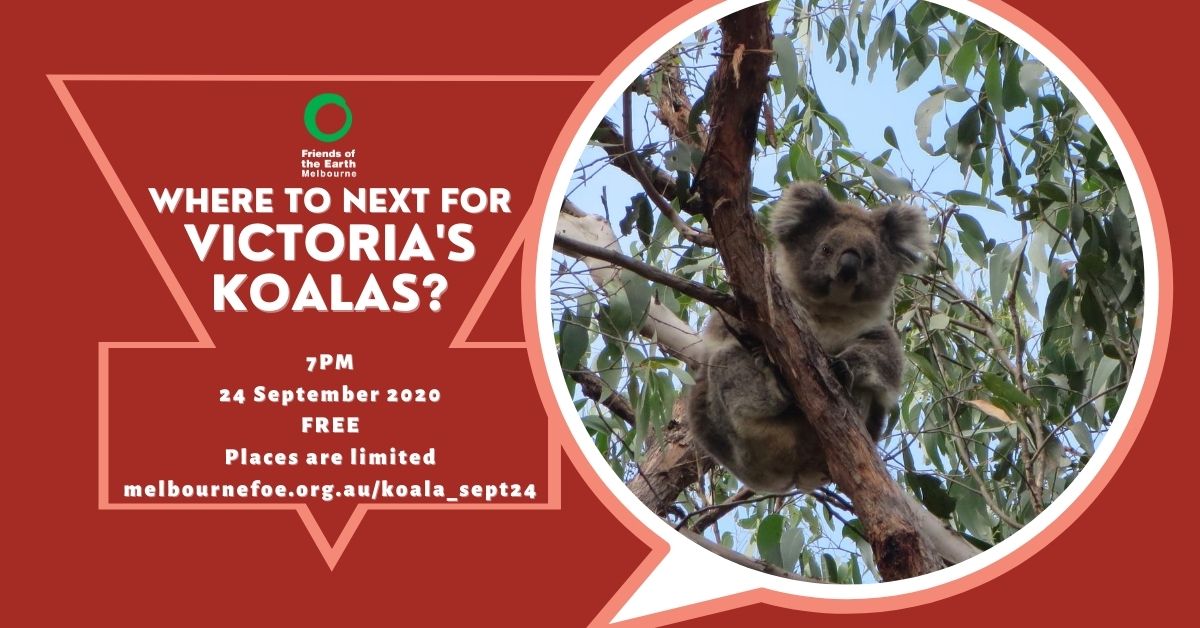 Between November 2019 and July 2020 Friends of the Earth conducted surveys of potential habitat of the Strzelecki Koala, Victoria and South Australia’s only endemic koala population.

Based on that and previous surveying work, Friends of the Earth believe that there could be as few as 1,500 Strzelecki Koalas remaining.

At the forefront of this work is community volunteers who are completing this citizen science work.

Hear from campaigners and scientists about:

Dr Steve Phillips
Steve is a wildlife ecologist and former university lecturer with nearly 40 years of experience in all facets of natural area management ranging from the investigation and planning of new conservation areas to habitat/population modelling and the design of specialised survey programs for threatened plants and animals.

Amongst other things Steve is an acknowledged authority on the ecology, conservation and management of koalas; he has spoken at national and international conferences and written popular articles, book chapters and scientific papers, the latter published in various conference proceedings and journals.

Dr Faye Wedrowicz
Faye is a Federation University researcher and has extensive experience in the isolation and analysis of DNA from non-invasive biological sources such as feathers and scats. Faye has also published scientific papers looking at both the history and unique genetics of the Strzelecki Koala and is also currently working on projects concerning burrowing crayfish DNA.

Anthony Amis
Land use researcher with Friends of the Earth. Has worked in the Strzeleckis since the mid 1990's and was also involved in the creation of Brataualung Reserve in 2018. Anthony has been involved in koala surveys since 2013 and is active on a wide range of environmental issues. Anthony also maintains the Strzelecki Koala Map.

Susie Zent
Secretary Friends of Gippsland Bush. Susie has been an active and successful forest campaigner in the Strzeleckis since the mid 1990's. Susie has helped protect thousands of hectares of forest in the Strzeleckis, via 8 Point Agreement with Amcor in 1998 and creation of the Brataualung Forest Reserve in 2018. Susie has also been actively involved in koala monitoring since 2013 and also koala care.

Places are limited in the call to 100 people, but we will also live stream the event via Friends of the Earth Melbourne's Facebook