Joint Statement: Getting Victoria Off Gas

A newly formed Gas Free Vic Network, convened by Friends of the Earth Melbourne, has penned a joint statement, Getting Victoria Off Fossil Gas, to set out the key pillars of a roadmap up to the task.

More than 30 environmental organisations and grassroots groups have already signed on.

Will you sign on to the joint statement to get Victoria off gas?

(Organisations can sign on by emailing [email protected] with the subject heading GETTING VICTORIA OFF GAS.) 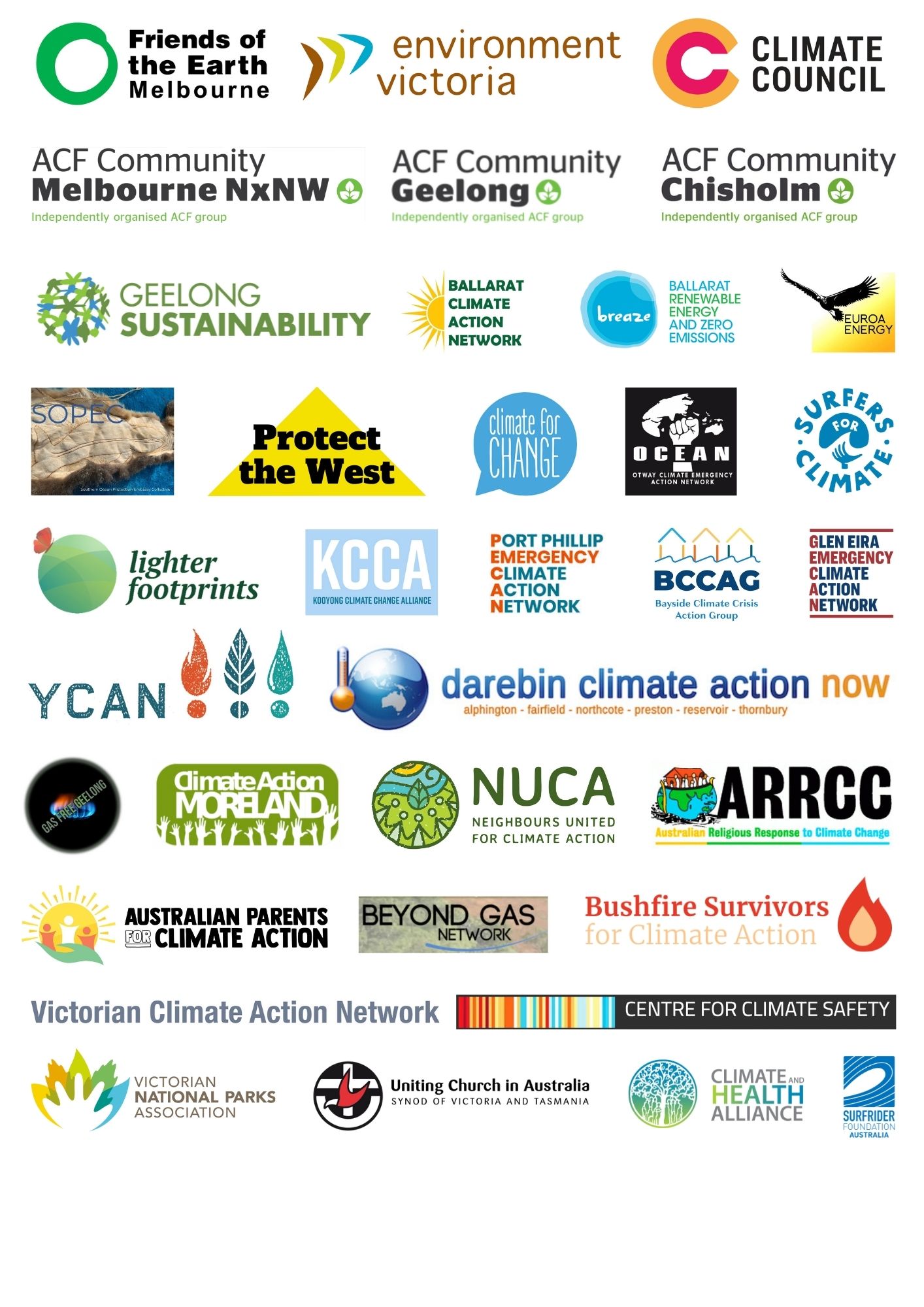 The COP26 summit has just concluded in Glasgow, and, unfortunately, failed to put the globe on track to limit warming to 1.5C. Given that methane is a more potent greenhouse gas than carbon dioxide, efforts to eliminate fossil gas are now a top priority.

The growing concern about the climate impact of fossil gas can be seen with over 100 countries signing onto an agreement to slash global methane emissions by 30 percent this decade. The Morrison government refused to sign onto the agreement that was spearheaded by the Biden Administration.

With the Morrison government’s refusal to deliver a credible plan to cut emissions this decade, the community is looking to the state government to step up again and show greater political leadership.

The Victorian government has affirmed its commitment to tackling the climate crisis by strengthening the Climate Change Act and committing to halve the state’s emissions this decade.

Since 2014, the Andrews government has legislated a permanent ban on unconventional gas, established a Victorian Renewable Energy Target, and supported the rollout of clean substitutes for inefficient gas heaters—measures that reduce our reliance on gas.

We believe the Victorian government’s Gas Substitution Roadmap is a key opportunity for our state to build on these positive steps. It can accelerate the move away from gas to cheaper and cleaner options while maintaining affordable and reliable supplies of energy to businesses and households.

We believe the Gas Substitution Roadmap should:

Victoria’s positive climate and energy policies have cut the state’s emissions by 25 percent between 2005 and 2019, and will create 28,400 jobs and attract billions of investment to the state.

We urge the Labor government to adopt the aforementioned recommendations in the Gas Substitution Roadmap to build on the progress to date and cement a leadership role. There is a lot more work to do to address the climate crisis, and Victorians are up for the challenge and keen to reap the benefits of strong action on climate change.