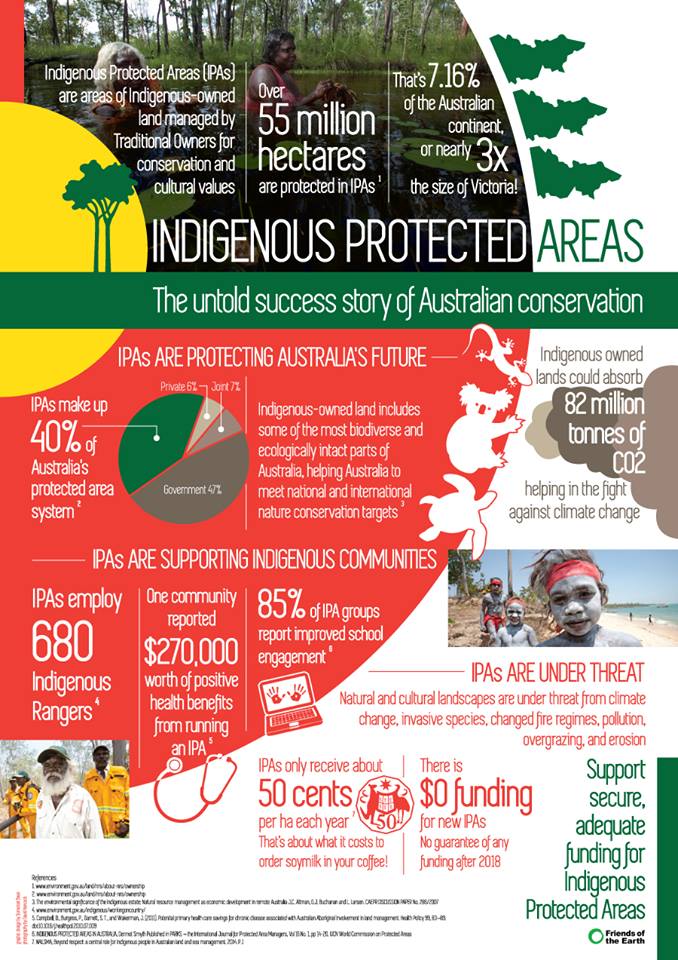 IPAs are areas of land or sea which have been declared voluntarily as protected areas by the Traditional Owners. Indigenous communities manage IPAs to protect the natural and cultural values of their country as well as to increase their economic independence and social outcomes. Traditional Owners enter into an agreement with the Australian Government to promote the biodiversity and cultural resource conservation of their lands or waters.

IPA’s make up 7.8% of Australia’s land mass and over 40% of Australia’s protected area system. The program has proven to bring positive environmental, economic, social and cultural benefits to communities. It is a very cost effective way of allowing people to stay on country, preserving culture and sustaining our natural environment. Indigenous Rangers are undertaking environmental work, such as management of cultural sites, fire regimes, biodiversity and feral animal and weed control.

There are currently over 70 declared IPA’s with several under consultation, but the Government has cut off any new applications because of funding restrictions. The Government has not committed to any funding for Indigenous Rangers or IPA’s post 2018.

Indigenous Communities are calling for a doubling of funding to IPA’s in the next five years.