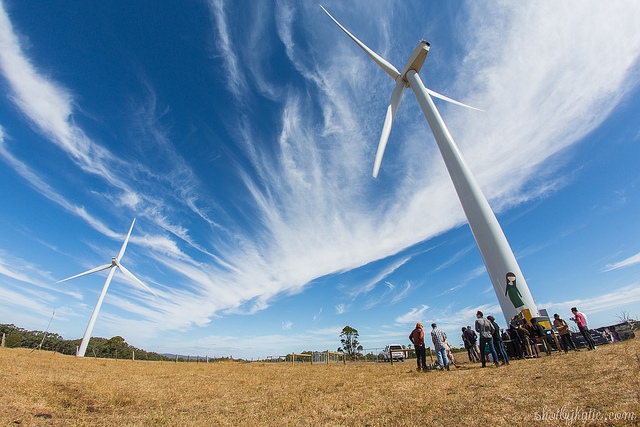 To start off an exciting 2014, FoE's Yes 2 Renewables campaign welcomes you to join us for the movie screening of “The Way the Wind Blows” at Longplay, Fitzroy North on the 4th of February at 6:30pm.

There will also be a Q&A session after the movie with Director Neil Barrett.

Wind farm laws in Victoria are some of the most restrictive laws which discourage the construction of wind farms. Yes 2 Renewables has helped raise awareness about the benefits of wind energy. In 2014, we will put anti-wind farm laws on the election agenda and continue to hold anti-wind farm campaigners to account.

This acclaimed movie has given an honest picture of wind farms and its surroundings. It focuses on the town of Waubra where it was claimed that the local wind farm has caused many health problems to the locals living there. This issue was brought to national attention when ABC’s Four Corners and other current affairs programs featured the story. Independent filmmaker Neil Barrett thus travelled to Waubra and interviewed locals over a period of a year to find out what was really going on, only to find a different story.

Engaging and eye-opening, this is one documentary to watch to understand what the locals really think about wind farms in their area. RSVP below – and we’ll see you there!