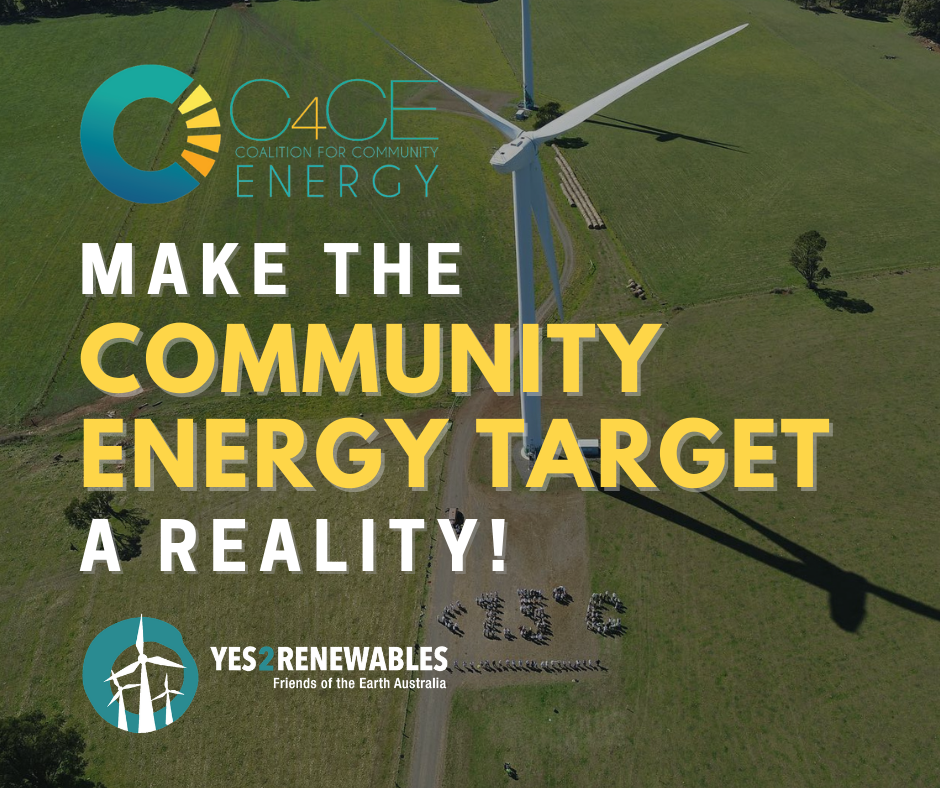 Community energy is a driving force behind renewable energy uptake across the world, yet there’s a crucial gap stalling progress in Victoria.

The Victorian Parliament’s recent inquiry into community action to tackle the climate crisis found that community energy could play a significant role in our transition.

Programs like the Community Power Hubs in Ballarat, Bendigo and Latrobe Valley have boosted our capacity to dream and develop these projects, but many are getting stuck at the same hurdle.

With no national renewable energy policy in place, these visionary community energy projects have no financial certainty.

Victoria's Andrews government has filled this gap for large-scale renewables through the Victorian Renewable Energy Target (VRET). While it has been great for large commercial players, mid-scale community projects just can’t compete.

With VRET2 on the cards, now is the time to dedicate a portion of Victoria’s Renewable Energy Target for community energy projects:

That’s why we’re calling on the Victorian Labor government to deliver a Community Energy Target.

With this policy, the energy transition will distribute power, both in watts and amongst our community.

Friends of the Earth's Yes2Renewables Collective has joined forces with the Coalition for Community Energy because we believe in the potential of community energy. Join us to make it a reality.

After signing on, you may be contacted by Friends of the Earth and the Coalition for Community Energy with updates on the campaign.

We'd like to thank the following organizations for supporting the campaign: