Community Discussion: What can we learn from the Green New Deal? 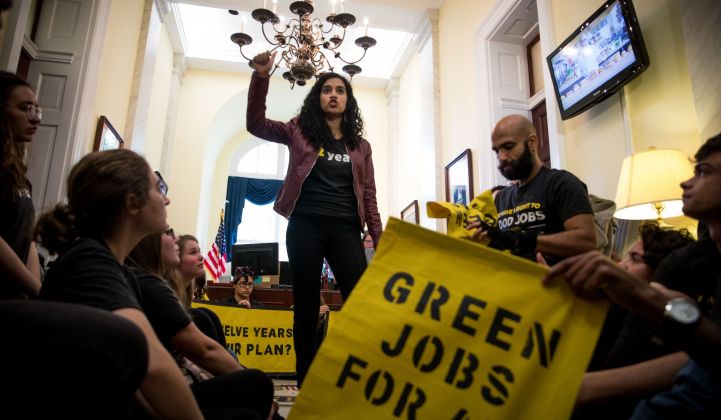 A bold and ambitious plan to tackle climate change known as the Green New Deal is building momentum in the United States.  Its backers herald it as a visionary approach that could create jobs while cutting emissions, uniting environmentalists, racial justice campaigners, workers and Indigenous activists. While its detractors claim that it is aspirational and impractical, the idea is ruffling feathers among fossil fuel backers.

All levels of government must adopt bold and ambitious plans to transform the economy for people and planet.

Friends of the Earth Melbourne invite community members from all walks of life to meet for a forum discussing what the Green New Deal means for action on climate change here in Australia. Questions could include...

- What can Australian campaigners learn from the push for a Green New Deal? Are there signs one is already taking shape?

- What are the limitations, if any, of applying concepts from the US in our own backyard?

- Are there historical equivalents in Australia's history that campaigners can draw to create new forms of climate activism?

All are welcome to attend this public event, entry by donation, snacks and beverages will be provided.

Friends of the Earth Melbourne recognises that this event takes place on the lands of the Wurundjeri People of the Kulin Nations, and that Sovereignty has never been ceded.

Sorry, this event is sold out.