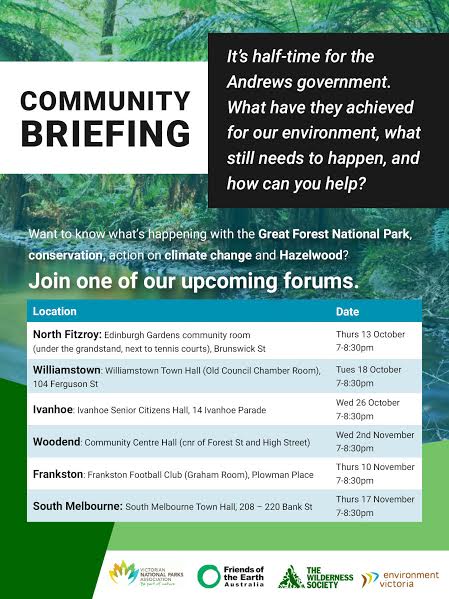 The government has had a solid first half, but we're now entering the Premiership Quarter - this is Premier Andrews' chance to really make Victoria a leader and leave a strong legacy on the environment and climate change.

Environment Victoria, the Victorian National Parks Association, Friends of the Earth and the Wilderness Society are jointly hosting a series of six community briefings over the coming weeks.

If you want to hear about the steps the Andrews government has taken on the environment and climate so far, and find out what they need to do within the next two years, RSVP now.

We start proceedings at 7.10pm, with 3 short presentations (climate, biodiversity and forests), followed by Q&A, a cuppa and a chat.

You can rsvp for these events through the links below.