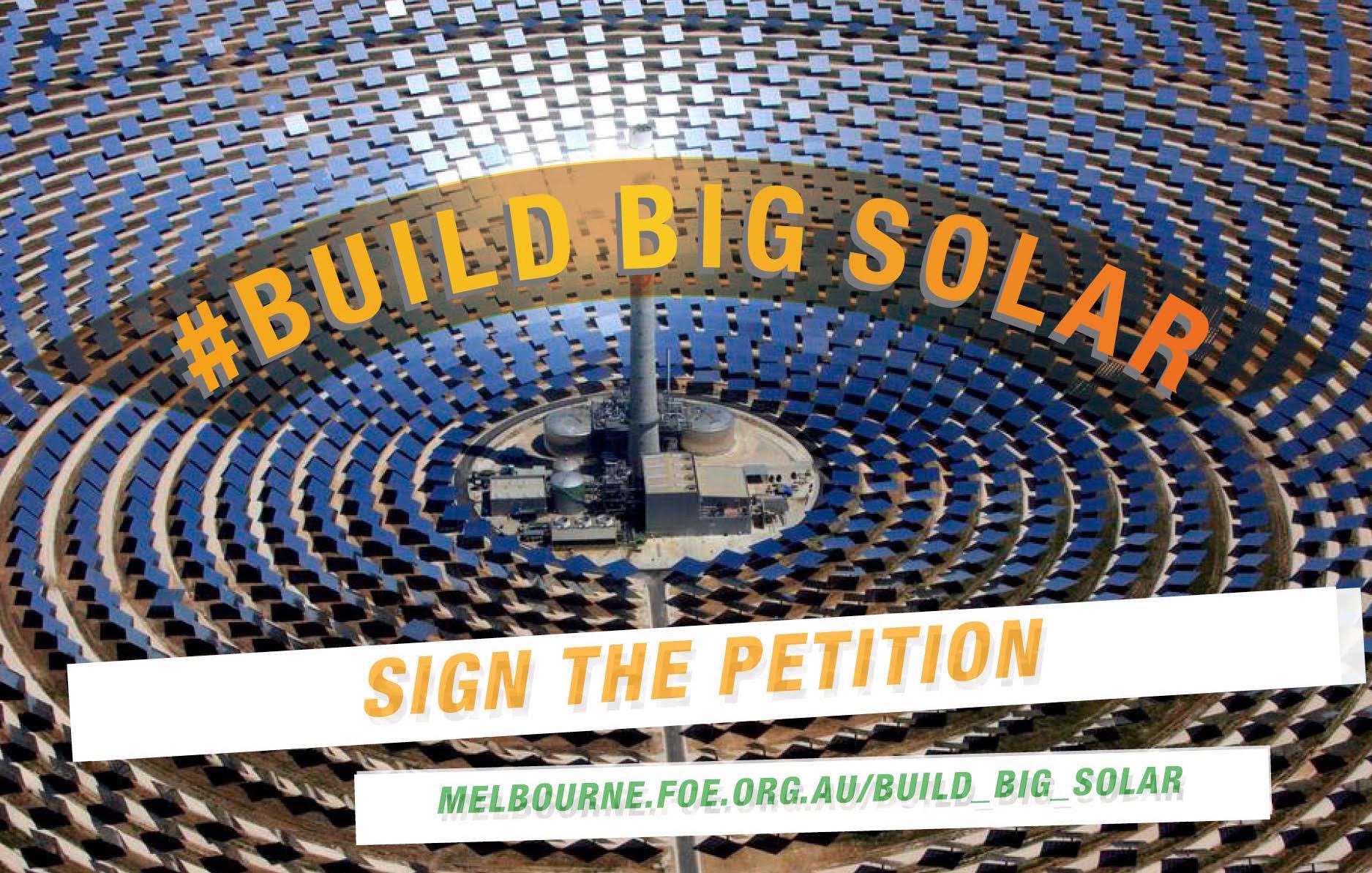 Victoria has a world-class solar resource. But the actions of previous state governments has failed to attract investment in this exciting new technology.

Big solar projects are coming online in New South Wales, the ACT, and Queensland, but not yet in Victoria.

It's time for the Andrews government and state parliamentarians to develop a strategy to build big solar, or else we risk being left behind.

The previous state government failed to attract investment in big solar in Victoria.

The Baillieu government refused to commit $100 million investment promised for the 250-megawatt Mallee solar project. It also gave up on the target of meeting five percent of the state's electricity needs from solar power by 2020.

Victoria is now at risk of being left behind on solar energy technology and missing out on the jobs and investment that comes with it.

New South Wales has switched on the massive Nyngan (102MW) and Moree (56MW) solar plants since July, 2015. And US company SolarReserve is proposing to build a 110MW solar tower – with eight hours energy storage – in Port Augusta, South Australia.

If we want Victoria to have the ‎best of everything, then we need state policymakers to help build big solar.

We call on the your government to build on its positive steps and devise a strategy to build big solar in our state.

Victorian has a rich solar resource. Seeing this innovative renewable energy technology built will create new jobs and a new industry while boosting state action to tackle climate change. It's something all politicians can support.