Friends of the Earth has welcomed New South Wales Labor’s announcement that they will not sign off on Regional Forest Agreements (RFAs) unless a full assessment of the science underpinning the decades-old Agreements is completed.

NSW Labor has demanded that climate change be considered as part of a full scientific and environmental impact assessment of the RFAs[1].

Friends of the Earth is calling on the Victorian Labor government to assess impacts on biodiversity and climate change of logging under the existing RFAs.

In Victoria the East Gippsland and Central Highland RFAs expire Tuesday next week. It is unclear what will happen with these RFAs

RFAs have been thrust into the spotlight this week as Ministerial briefing documents published by The Guardian reveal the Commonwealth government had ‘concerns regarding the assessments that underpin the current RFAs and the validity of this science.’[2]

The documents cite ‘legal uncertainty’ as to whether the original environmental assessments underpinning existing RFAs remain valid and that a deal has been done between the Commonwealth and states to "modernise" the RFAs, without completing any new or updated assessments.[3]

Currently in Victoria a legal cloud hangs over the Central Highlands RFA as a recent Federal Court decision ruled that breaches to state based logging rules may also represent breaches of the RFAs and precipitate legal challenges. The Ministerial briefings create further legal uncertainty and could open the door to additional legal challenges.

“New South Wales Labor is to be congratulated for their position on RFAs,” said Friends of the Earth spokesperson Ed Hill.

“At a minimum, the Andrews Labor government must adopt the same position to fully asses the impacts of logging on biodiversity and climate change before considering how Victorian forests will be managed into the future”

“Under Victorian RFAs, the state of Victoria logs more native forest than any other state.

“Under the East Gippsland RFA, logging is wiping out some of the last remaining stands of old growth forest in Victoria, often in breach of state based protections for threatened species and rare rainforest”

“These forests are some of Victoria’s greatest assets for combating climate change, yet it appears the Andrews government may extend the destructive logging agreements making climate change worse without even considering current science or climate impacts” said Ed Hill.

“In line with their otherwise progressive stance on climate change, Victorian Labor have an opportunity to show leadership, as their NSW counterparts have, and commit to a rigorous re-assessment of the environmental impacts of logging that fully takes climate change and threats to endangered species into consideration, deciding how to manage forests in the future,” said Ed Hill.

“Regional Forest Agreements have been a disaster for Victoria’s natural environment. They give special treatment to the logging industry through an exemption from national environment law. The native forest logging industry has had free reign to destroy habitat for federally listed endangered species. It’s time to end the special treatment” said Ed Hill.

For background on RFAs see below. 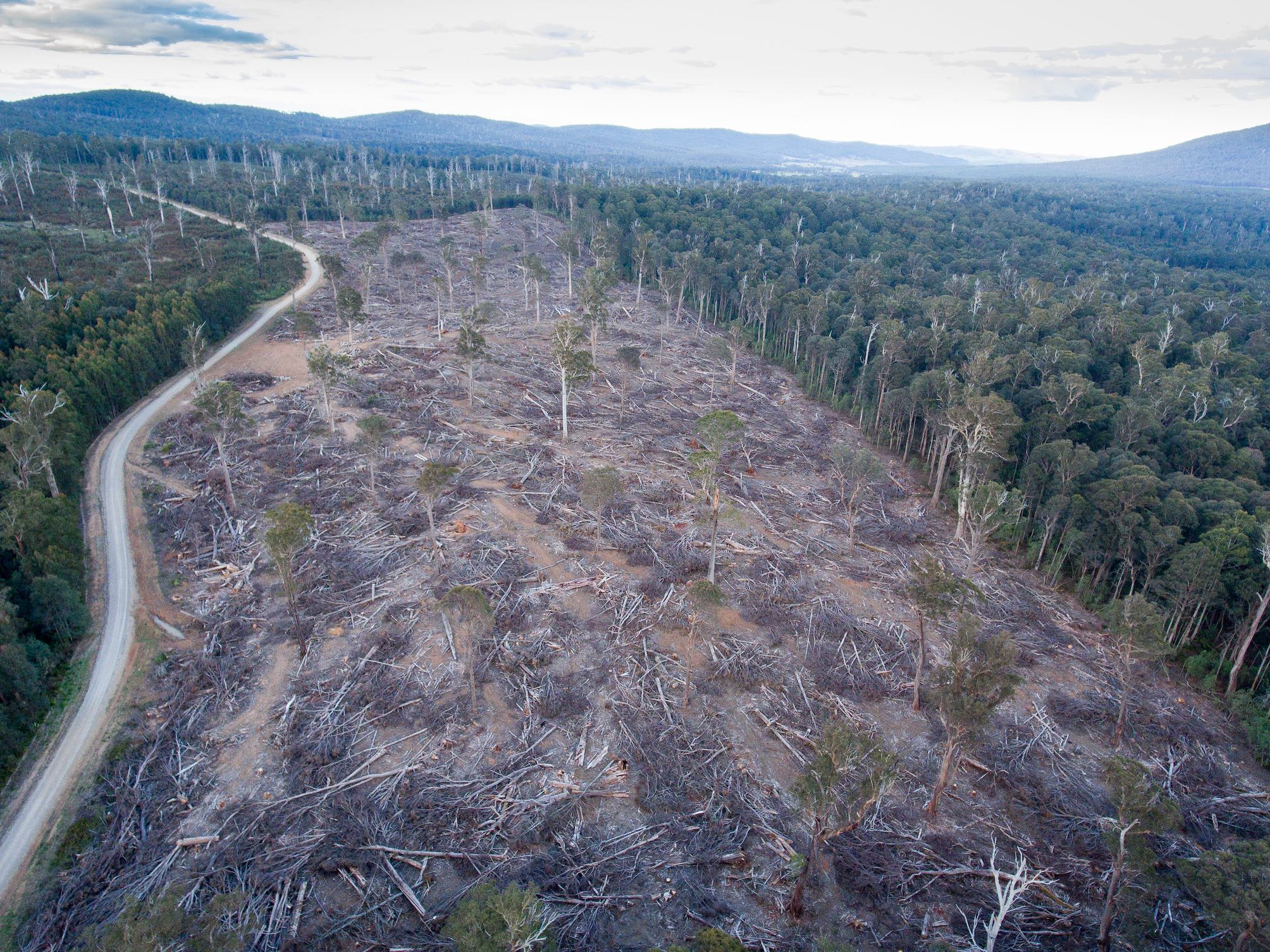 Logging in the Cottonwood range near Bendoc in East Gippsland, 2016

RFAs are 20 year deals between the State and Federal Governments that hand over environmental regulation of logging to State Governments. Under the RFAs, the Commonwealth vacated its role protecting Federally listed species from the impacts of logging.

The first RFA was signed on 3 February 1997 for the East Gippsland region in Victoria, amid rampant community opposition at the height of the iconic Goolengook forest campaign. Two decades of forest conflict have followed across Victoria, and in other States

Logging in native forests that are home to threatened species is exempt from Federal environment laws if operations are conducted in accordance with an RFA. Under the Federal Environment Protection Biodiversity Conservation Act (EPBC Act), every other industry must refer actions that are likely to have a significant impact on Federally listed threatened species to the Federal Environment Minister for impact assessment and approvals

The exemption from Federal environment protections provided by the 20-year RFAs has been a failure for threatened species across Australia. Forest-dependent species, including the Leadbeater’s Possum and Greater Glider, have declined dramatically in Victoria due to the impacts of logging under this failed system that leaves our most threatened species with no protection under Federal law.

Under the deals, State-based laws are meant to provide protection in place of Federal law. But in Victoria and other states, those State laws offer no protection whatsoever for key forest-dependent species, and extremely limited protection for others.